In the world of design and urban planning, aesthetics and functionality seem to take the spotlight, especially in how large-scale housing projects are developed. While this can be a good thing that continuously pushes the modern boundary of what we consider to be a dwelling, in some aspects, it has shined a negative light on how we perceive and stigmatize “bad design” in public and affordable housing, the socioeconomic factors that have created the need for it, and the types of residents who benefit most from these types of housing policies.

First, it’s important to define the difference between public housing and affordable housing, and while the definition of each varies between geographic locations, in a broad sense, they are often viewed similarly. Public housing contains units that are publicly owned, publicly funded, and feature permanently affordable units. Oftentimes, these buildings are permanently affordable as they only charge 30% of each household’s rent as income. Affordable housing is owned by private developers, investors, or non-private corporations, and the funding is sourced through public and private means. Only a fraction of units in these buildings are required to be affordable to make a project “affordable housing”, and are only affordable for a certain number of years, after which, units can become market rate. But regardless of the financial terms of these homes, occasionally, they have been associated with designs that stand in contrast to the boom of luxury housing that cities around the world have been experiencing.

The way in which these buildings have historically been designed gives them a look and feel that is low-budget, and low-design quality. Paired with the popular NIMBY (Not In My Back Yard) mindset that low-income housing being built in certain neighborhoods will cause property values to fall, this has accumulated into the perfect storm of perhaps why there is such a shortage of low-income housing. While those who are against these types of communities being built want to protect their personal investments, those who cry for more affordable housing want to have a reasonably proportionate amount of their income go towards rent, while also having ample access to good jobs, quality schools, and other daily amenities. But this black and white, two-dimensional thinking on what “affordability” actually means translates into the idea that the experiential aspects of these residences shouldn’t matter because both ideas prioritize cost over design. By this same logic, affordable housing should not only be cheap since people will be paying less for it, but it will then visually look inexpensive as well. The resulting buildings carry an aesthetic that sometimes resembles a fortress, more so than a desirable living space.

On the positive, there are a number of new projects being built that aim to transform the future of affordable housing into something less monotonous and publicly accepted as aesthetically pleasing. This includes using materials that are more commonplace in the modern era of design, enhancing public spaces, activating the ground level, and strategically locating these among other, existing housing projects that nearly rival newly constructed luxury condominiums, such as the Sierra Bonita Building which cost just over 13 million dollars to construct. In addition to its 42 units, it also provides a community center to help serve people with disabilities and other non-profit organizations on the lower floor.

Even in New York City, where NYCHA (New York City Housing Authority) owns and manages more than 300 buildings that are infamous for their dreary exteriors, architects have begun to reimage not only their future designs but their policies that could better serve more people. Dozens of projects are underway, including the highly anticipated Holmes Tower, which might eventually be the tallest Passive House building in the world. Affordable housing that looks dreary and drab is an outdated architectural concept. As we look towards the future of creating better, more efficient cities for all residents, aesthetics and design effort need to be put into every project, regardless of its use.

Vitrocsa designed the original minimalist window systems, a unique range of solutions, dedicated to the frameless window boasting the narrowest sightline barriers in the world. Manufactured in line with the renowned Swiss Made tradition for 30 years, ours systems are the product of unrivaled expertise and a constant quest for innovation, enabling us to meet the most ambitious architectural visions. » 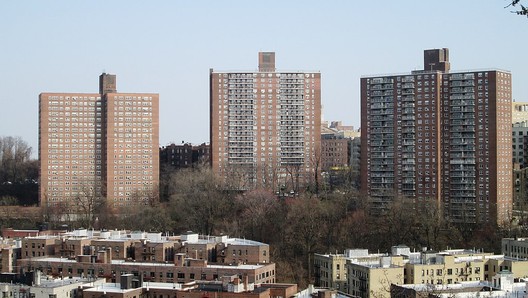