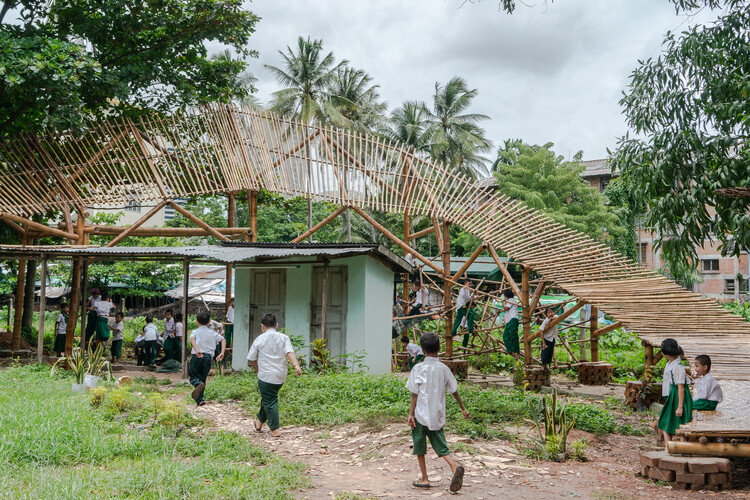 Text description provided by the architects. The construction serves 2 different functions. On one side, the school playground becomes an interactive and playful surface, a sort of ribbon that starts as a floor and morphs into a roof, kids can play on top, around and underneath the structure. On the other side, the design is addressing an unconsidered and informal public space in the city; an above-ground water pipeline that over time became a pedestrian highway; by providing it with lighting at night for safety and aesthetic purposes, the structure also stands in the landscape as a sculpture, a landmark to create a sense of place.

Our project received a seed grant from Design Trust in Hong Kong that allowed the project to take shape. We worked together with Kyaw Zin Latt, a Myanmar bamboo technician, also a contractor for ‘Habitat for Humanity Myanmar’. He was also involved in the design of the structure, by either suggesting different joints to be used, which bamboo species were appropriate, prototyping some ideas 1:1 scale before the construction. In order to make the construction process easier for the workers, we decided not to draw any documents, but to rely only on an architecture model as a construction document. The 1:50 scale model was used to visualize the structure, write down measurements and draw small diagrams to explain construction details.

The school allocated to our project a space that was at the border of the central open space that was mostly used by boys to play soccer. Our designated space was literally a rubbish dump behind the school bathroom. We had to spend an entire week cleaning up and dispose of the trash. By transforming the most problematic part of the school into a very desirable space for the kids, the limited space for recreational purposes was optimized in the school.

The concept was to create a micro-narrative as a series of imagination-fueled, self-directed games into a kind of parkour. The games give the children the freedom of exploring a multitude of ways of engagement. Both ends of the ribbon-like structure are inviting and welcoming the kids to come and play. One end starts as a bamboo mat floor right under a beautiful tree, the other as a tilted pergola. The circular shape of the structure contrasts with the architecture of the school and creates a special place on the site and in the minds of the kids, one that is playful and different. 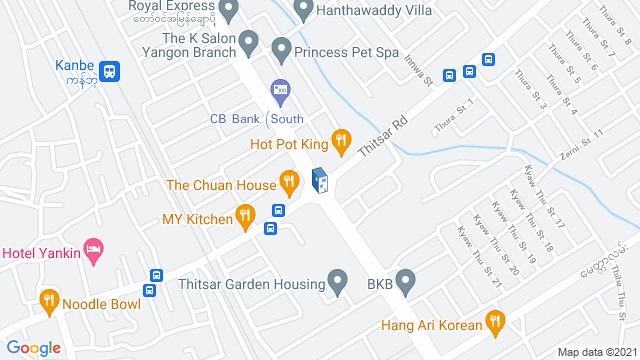 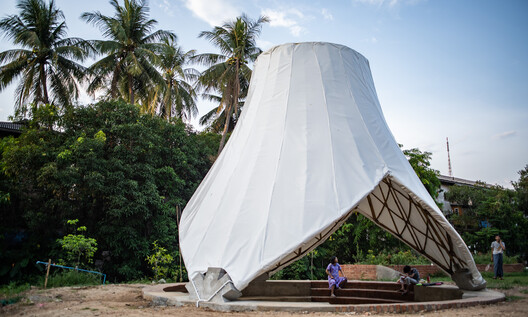