Save
Architecture Out of the Closet
Share
Or
Copy

Architecture can be many things, also queer. Alongside many other transgressing words that carry different meanings and perspectives, this term triggers new insights into society and questions how we create architecture and urban planning projects, including their programs and activities. If there is any statement about how architecture should be done, if there is any conviction about what it represents, we wish here to avoid knowing what it is and be able to question its traditions to broaden the profession, its meanings, and social representation.

The fall of binary design

Escaping the hegemonic and heteronormative mindset in the architectural field means clashing with the austerity and authenticity imposed by classical and modern morality. These morals persist through the hands of the architects, who incorporate these alleged virtues into their designs, reinforcing a persistent system that does not understand the potential of human diversity and prefers to focus on binary models - either of gender, sexuality, or the duality of public and private - as a means of organizing the world.

Architecture carried out by people in the LGBTQIA+ community teaches us that there is a calculated transfer of social practices when we absorb the city into our homes. When designing the E-1027 House, bisexual architect Eileen Gray (1878 - 1976) inverts hegemonic morality by questioning the intrinsic values of the functional program of domestic environments, which are traditionally centered on heteronormative nuclear family behaviors.

The architect criticizes the separation between social and intimate areas and plays with the hierarchy and differentiation of rooms by subverting some of the norms and codes that shape what we consider home. The central living room features a huge bed and a bathroom that reveals the user's silhouette due to its translucent materials. The sofa, located in the outdoor area, is placed over an orthogonal surface, which resembles a carpet due to the arrangement of the tiles. On the other hand, the flooring design of the interiors avoids rationality, with a layout that suggests urban characteristics in the private areas. By exploring with different colors, finishes, and textures, Gray proposes important inversions that establish new ways of using a residence and question the dichotomy between public and private spaces, calling into question the need for a binary approach in architecture.

Cinemas are designed for people to gather and watch a movie, sitting quietly in their seats. With the advent of other media such as radio and television, movie theaters eventually lost their prestige and entertainment value, losing their central role in public life. This decline allowed for these marginalized spaces to be used for new purposes, where deviant individuals - who didn't feel safe to show their affections in public - were able to take advantage of the darkness required for film screenings to engage in a forbidden performance. This way, marginal spatial experiences become collective behaviors.

Through this new use, the program of the cinema is inverted: from a space designed for absorbed attention to a place that shelters bodily actions. In other words, a space that was meant to be only contemplated becomes physically experienced and thus disrupting the previous notion of architecture as a spatial agency. There is a rupture through this new occupation in the idea that the project is meant for one single purpose, for which it was conceived. Austerity vanishes and introduces a much more complex and diverse spatial issue, marked by performance and desire.

Ephemerality as an architectural factor

Queer architecture is born without standards, and it doesn't aim for universal humans or pre-defined scales to determine its design. It finds in ephemerality the opportunities that are denied by the canons and rejects a possible crystallization. The more possibilities, the greater the enthusiasm.

In PHANTOM: Mies as Rendered Society, Andrés Jaque unveils to the public a previously unknown basement that was included in the renovation of the Barcelona Pavilion in 1986. This space conceals all the elements that subvert the dignity of the project completed in 1929 by Mies van der Rohe. There lie the remnants: broken marble slabs, faded velvet curtains, and shards of glass; and elements of social subterfuge: flags possibly symbolizing diplomatic relationships, leftovers from commercial activities, and the kitchen where staff members eat their lunch.

In addition to revealing the obsessive attempt, or made-up necessity, of hiding so many things in the closet, the Spanish architect also describes the encounter with the cat that lives there, in Mies y la gata Niebla. The presence of an animal in such a human space is surprising, and even more so when we realize that its function is to keep away other animals that should never be seen in such modern settings: rats. As Clarice Lispector makes sure to remind us when she says that the modernist capital of Brazil "was built with no room for rats," and that "a whole part of us, the worst part, exactly the part that hates rats, doesn't belong in Brasília."

The more architecture is guided only by a pure and austere (heteronormative) morality, failing to recognize a side of us that feels fear, repulsion, and burning desire, the more we see a proliferation of basements, alleys, and ruins, occupied by these neglected bodies that were denied their humanity and deemed inadequate.

In modern utopia, concretization is the means of achieving perpetuity, even if it is just for show. In the queer fantasy, there is no trouble with being inconcrete because failure is welcome and may even be a life-changing experience.

Materials other than leather

Even though society has been paying increasingly more attention to the struggles of the LGBTQIA+ community, setting major milestones towards equality, history has marked these people with social and spatial oppressions - which is still a reality for most of them - leading them to have to experience spaces which feel like the opposite of good architecture, as we know it.

By understanding their desires, deviant bodies establish new forms of relationship, love, and creation. Denied spaces become fertile ground for spatial experience capable of embracing diversity and its truths. Elements such as skin, darkness, shadow, labyrinth, and hole are incorporated into these people's imaginations.

Consequently, all these recurring experiences start to gain aesthetic value: a hole that breaks boundaries in the built environment, the darkness which fosters activities that disconnect us from work leading us to a place of idleness and pleasure, a labyrinth that opens up so many other possibilities as we search for a way out.

These materials and elements remind us that we can find the freedom to live our most intimate selves away from the brightness and judgemental stares.

From margin to center: the real tea

[what doesn't belong anywhere, is everywhere]

It is worth remembering that LGBTQIA+ people are everywhere, not only in 'gay neighborhoods' or allegedly safe spaces if they even exist. We are 19% of the female population of Manaus, we are 21% of the male population of Rio de Janeiro. We are not few or lesser, nor 'second-rate' professionals, when it comes to architecture. We are central characters in the history of architecture, as proven by the works of Amaza Lee Meredith, Canela Grandi, Flávio Império, Joel Sanders, Julia Morgan, Lota de Macedo Soares, Luis Barragán, Paul Rudolph, Roberto Burle Marx, and so many others.

However, we still need to call for a profession that respects LGBTQIA+ professionals and users. A first step is to ask yourself: did I ever imagine a trans person using this project? How is everyday life in a household without a 'male head of the family'? And while I adopt universal standards, what is a universal human being? Does it represent all the people I know? Do I accept that my project could be completely changed after it has been realized?

May these questions be a start that triggers answers towards a broader architecture that doesn't need to rely on formalisms and ideals postulated by heterosexual cis white men to be considered great. Let there be no such thing as closed architecture but rather a diverse architecture that is accepted for what it represents and embraces.

This text was produced in collaboration with Arquitetura Bicha (@arquiteturabicha), a Brazilian initiative that seeks visibility for architecture made and performed by LGBTQIA+ people. Co-authored-by: Clevio Rabelo, Fernanda Galloni, Frederico Costa, Frederico Teixeira, Pedro Câmara and Victor Delaqua. All images were created and provided by The Queer Architect (@thequeerarchitect). 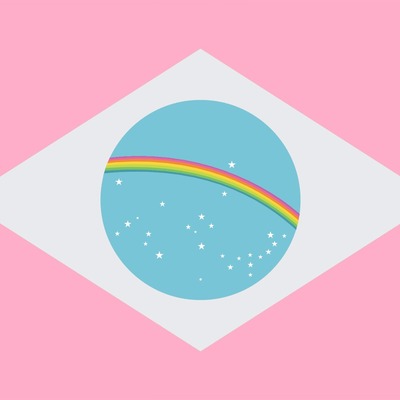 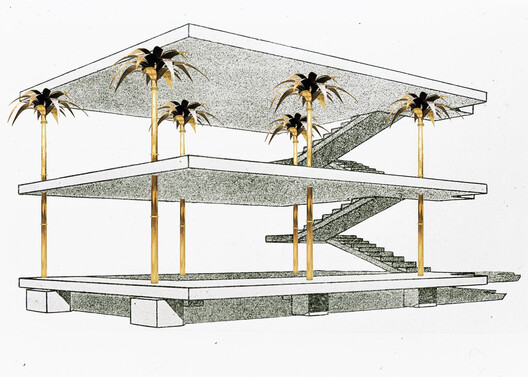