Lgbtqia+: The Latest Architecture and News

Celebrated on the first Monday of every October, World Architecture Day was set up by the Union International des Architects (UIA) back in 2005 to “remind the world of its collective responsibility for the future of the human habitat”, coinciding with UN-Habitat's World Habitat Day.

This year both organizations have defined themes related to improving the quality of life and reducing the effects of the climate crisis by taking action in the built environment. While the International Union of Architects' 2021 World Architecture Day theme is "Clean Environment for a Healthy World", UN-Habitat's World Habitat Day has announced "Accelerating Urban Action for a Carbon-Free World" as their topic.

By defining sexuality as one of several sexual technologies, Michel Foucault has expanded our understanding of sex. This way, the relationship between architecture and the body is shaped not only by the built object, with its various spatial mechanisms for the production of bodies, but also by thinking, in the form of academic discourse. And vice versa, since gender and sexuality also impact architectural theory. One way or another, these relationships are very rich and capable of expanding our knowledge about architecture and the creation of generic sexed bodies.

How many LGBTQIA+ architects do you know? Surely you went to school with someone but probably never heard a professor mention one of them. Bringing up these names is key to understanding the fundamental role this population plays in the field of architectural theory and practice. This reveals their experiences more clearly, how they incorporate their identities into design and debates about architecture and urban planning. This is key for any person who identifies as LGBTQIA+ to feel comfortable expressing their individuality and their abilities in the profession.

A growing number of theorists and practitioners have been discussing the impact of gender and race on the profession and theory of architecture. Issues linked to the relationship between the built environment, sexual orientation, and gender identity, however, remain particularly understudied, perhaps because of their relative invisibility and less clearly identifiable discriminatory consequences. Moreover, they are also completely neglected by design theory in the Francophone world. This article partially remedies the situation.

Architecture Out of the Closet

Architecture can be many things, also queer. Alongside many other transgressing words that carry different meanings and perspectives, this term triggers new insights into society and questions how we create architecture and urban planning projects, including their programs and activities. If there is any statement about how architecture should be done, if there is any conviction about what it represents, we wish here to avoid knowing what it is and be able to question its traditions to broaden the profession, its meanings, and social representation.

Matt Hickman reports on San Francisco's latest inclusive memorial, for the Architect's Newspaper, designed by SWA, a firm that operates two Bay Area studios (San Francisco and Sausalito) as well as offices in Texas, Southern California, New York City, and Shanghai. Selected by FHMP from a shortlist of four firms that submitted proposals, out of 17 invited offices, SWA shared their winning conceptual design for the memorial at Harvey Milk Plaza.

Husos Architects: "We Don't Want to Contribute to the Homogenization of the World Around Us"

Husos Architects' work advances in an ongoing dialogue between design and research. Founded in 2003 between Spain and Colombia, the architecture and urban planning office stands out for addressing different scales, from the micro to the global, responding to the requirements of specific users but weaving deep contextual networks with the environment and beyond. How do they effectively approach this complexity, in turn promoting social transformation? We spoke with Diego Barajas and Camilo García Barona about their processes of approaching users and other agents involved –not only humans–, about how they address the colonization of the biosphere that has caused climate change, and about their inquiry into activism from a series of battlefields habitually neglected in traditional discourses of architecture.

Presenting British Architecture as Progressive, but Practicing Through Exclusion

This article was originally published on Common Edge as "Presenting Architecture as Progressive, but Practicing Through Exclusion."

For a profession that likes to congratulate itself about how well-meaning it is, and sees itself as liberal, diverse, open, and progressive, British architecture has a serious problem with diversity of pretty much every kind. It is dominated by people from well-off backgrounds. It trains a lot of brilliant female architects but doesn’t pay them as much as men, and loses many of them after 30 when they are not supported in balancing work and family life. Its ethnic makeup is very, very white, considering that it’s 2020. A supposed beacon of success is the acceptance of the LGBTQ community within the field, but as with women and those from and religious and ethnic minorities, stories of unprofessional comments, inappropriate jokes, and insidious forms of jovially “innocent” othering and the diminution of identity-specific concerns abound.

Every company across the country is talking about “diversity” and “inclusion”—but what actions are actually being taken to address the issues? In May, following the death of George Floyd and the rise of the Black Lives Matter movement, conversations were had, statements issued, and boxes checked. But achieving diversity and inclusion will involve addressing long-term, systemic issues that cannot be solved with a black square on Instagram or a carefully crafted statement from a PR department.

The first step toward diversity and inclusion is recognizing that talking about it is not enough, and the path to real change is going to be a process.

Gerson Castelo Branco: The Impressive Works of a Self-taught Architect 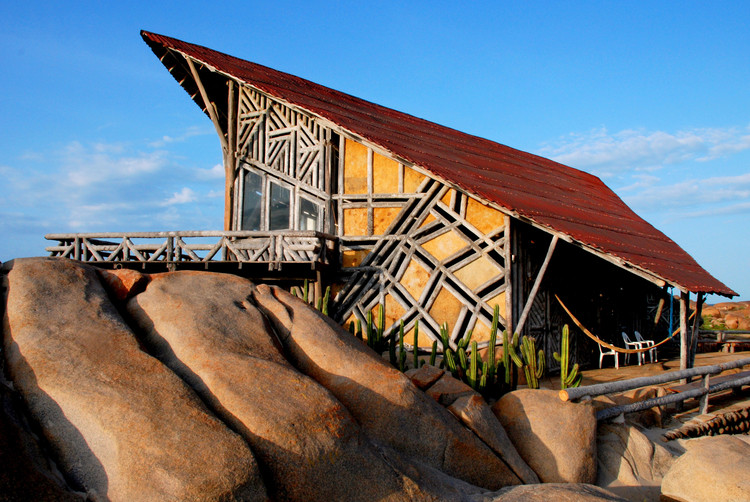 Gerson Castelo Branco is a self-taught architect from the state of Piauí in Brazil. His architecture is a collection of references and experiences that he describes as "an expression of freedom," the Paraqueira.

After All, Who Do We Build Architecture and Urbanism for?

What would all the built environments be without its users? This question may make it easier to understand that not only do architecture and urbanism sustain themselves as physical spaces, but they also gain meaning mainly through the human and non-human movements and bonds, that - together with the architectural or spontaneous traces that make up the urban landscape - provoke the sensations that each individual feels in a unique way.

Cities Should Allow People to Shine

LGBTQIA+ Experience in the City and the Architectural Field, According to our Readers

LGBTQIA+ Experience in the City and in the Architectural Field, According to Our Readers

Architects in general are people who like to talk about how much they influence communities through their designs, and they are actually correct in saying that. After all, spaces together with various social factors influence how each individual feels when occupying the city or a building. But do these projects respond to all users in the same way? We propose to question the way architecture deals with the LGBTQIA+ community through an open call on our social media channels, bringing in our readers' testimonies on how they experience these spaces, and how is it possible to represent the LGBTQIA+ community in the architectural field. 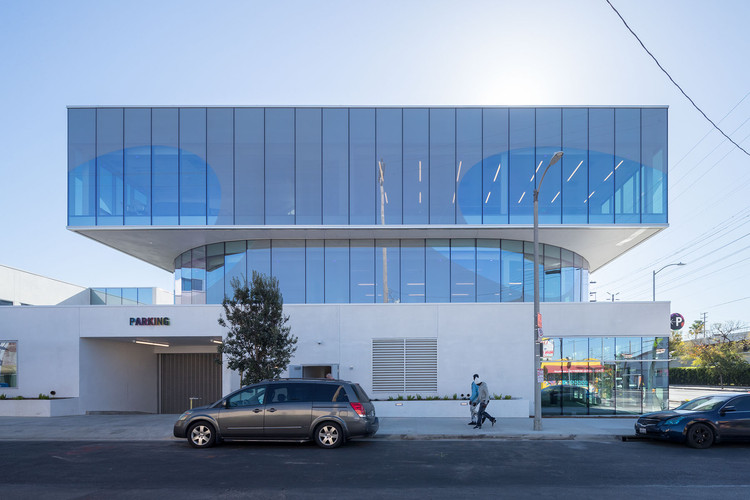 A Guy, his Bulldog, a Vegetable Garden, and the Home they Share / Husos Architects

Nikos Salingaros: 'Contemporary Public Spaces Are Designed For Lifeless Beings, Without Any Sex Or Sexual Desire'

Within the framework of Espacios Oscuros research project, focused on observing and analyzing the experience of sexual diversity in public spaces of Santiago de Chile, architects María González and José Tomás Franco spoke with Nikos Salingaros, a mathematician and thinker known for his alternative theoretical approach to architecture and urbanism. Salingaros promotes design focused on human needs and aspirations, combining rigorous scientific analysis with a deep intuitive experience.

Our cities are, for the most part, hostile to the sensibilities of their citizens. (...) Almost everything has been aligned, standardized, emptied. So, how to meet different people, and how to expect a mix between strangers?

In this interview, Salingaros not only questions the way in which architects are designing the private and public spaces of our cities, ignoring –perhaps unconsciously– the human being in its diversity, but also suggests the emergence of a series of private community spaces that would be supplying the needs of expression and appropriation of all the inhabitants of the city.