Following it's closure in January 2021, the 150-foot monumental staircase in Hudson Yards have reopened to the public on May 28th, but with a ban on solo visitors. The closure was confirmed after three individuals committed suicide since its opening in 2019, all under the age of 25. The structure was “temporarily closed” amid consultations by the firm with suicide-prevention experts and psychiatrists about how to prevent more potential suicides. 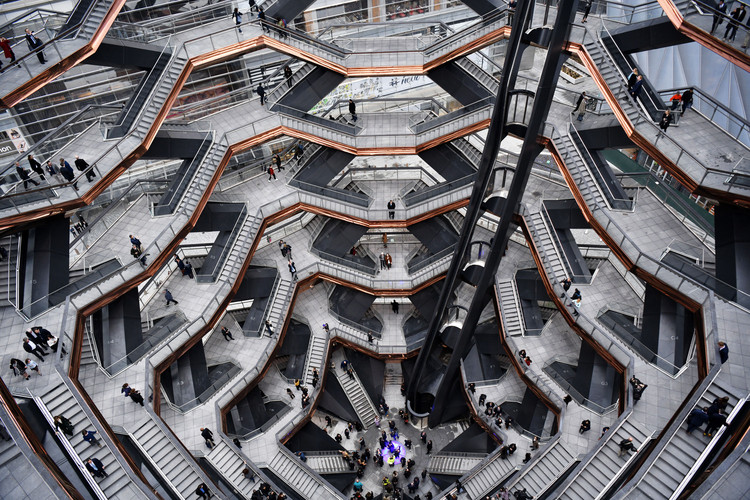 In addition to the ban on solo visitors, the reopening of the Vessel comes with other major operational changes. Although access was previously free of charge, the administration is now implementing a $10 per person admission fee, waived for children under the age of five and for visitors who arrive during the first hour of its opening schedule. Security will also be increased on site although the height of the barriers along the walkways will not be increased, a design concern pushed by Community Board Four as part of the suicide-prevention measures.

Visitors and critics have raised concerns in the past about the Vessel’s design and how it could pose safety risks. Audrey Wachs, former associate editor of The Architect’s Newspaper, mentioned that: “As one climbs up Vessel, the railings stay just above waist height all the way up to the structure’s top, but when you build high, folks will jump.”

The Vessel was designed by Thomas Heatherwick of Heatherwick Studio, as an interactive structure with 154 interconnecting flights of stairs, and almost 2,500 individual steps. Visitors are encouraged to climb up the structure to experience the panoramic views of New York and the Hudson River. It is built on Midtown Manhattan’s West Side, the project is New York’s largest development to date and the largest private real estate venture in American history, covering almost 14 acres of land with residential towers, offices, plazas, shopping centers, and restaurants designed by world renowned firms such as BIG, SOM, Diller Scofidio + Renfro, Rockwell Group, and many others.

Following its official opening in mid-2019, the Hudson Yards received heavy backlash for its over-the-top price tag, its irrelevant urban design, and its lack of added value to the needs of the city. New York Times critic Michael Kimmelman discussed why Hudson Yards has become a gated community in Manhattan, adding that Heatherwick's "waste-basket-shaped stairway to nowhere" and towers that appear as "crowded perfume bottles vying for attention in a department store window display", refrain from touching on the role of urban design and how the success of a neighborhood comes down to what’s happening at street level.

News via The Architect's Newspaper 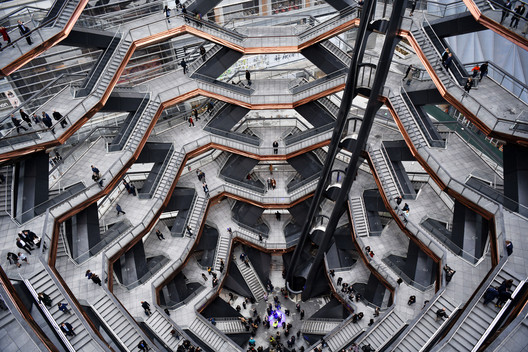