Carefully placed within the urban context and the product of searched perspectives and precise gestures, Ateliers Jean Nouvel's mixed-use project Tours Duo is set to become a landmark for Eastern Paris. Located close to the Paris ring boulevard and in the vicinity of a vast expanse of railway infrastructure, the project's site was the main driving point for the design, giving it its iconic shape. The project featuring two inclined towers nears completion, and photographer Jad Sylla shows the structures changing the Parisian skyline. 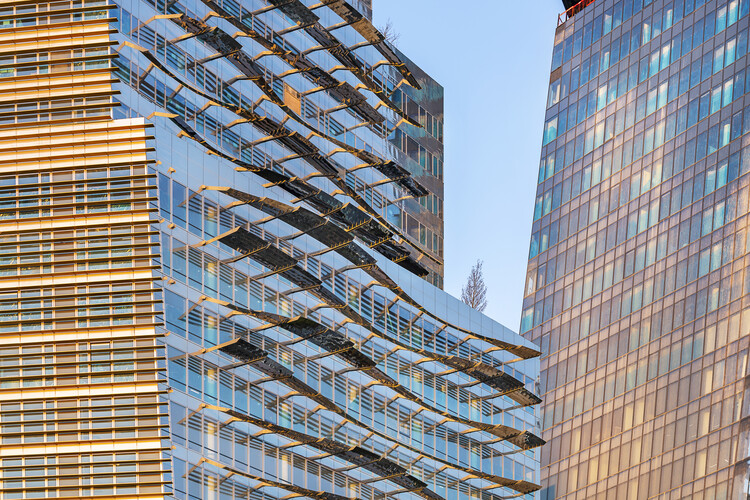 Featuring two inclined towers: Duo 1, rising 39 stories / 180metres high and Duo 2, of 28 storey / 125 metres, the project's defining leaning figure is not a gratuitous gesture but a response to the conditions of this site. The inclination brings the towers into view on Avenue de France. At the same time, one facade catches the reflection of the rail tracks adjacent to the site, which become an integral part of the architectural image. Each façade is slightly different, both for aesthetic reasons as well as energy efficiency.

The mixed-use project rising on a former industrial site on the banks of the Seine will comprise office spaces, bars and restaurants, an auditorium, retail spaces and green outdoor areas. Additionally, Duo 2 features a hotel designed by Philippe Starck, occupying six floors. At ground level, the two towers create an urban plaza overlooking the railway. When completed, Duo 1 will be the third tallest building in Paris, after Tour Eiffel and Tour Montparnasse. The project broke ground in 2017 after an international competition established the winning design. The project is set to be completed by the end of 2021.

Tours Duo is one of a series of projects reshaping Paris. Ateliers Jean Nouvel has recently revealed plans for new mixed-use development in the Greater Paris area, and SANAA's renovation of La Samaritaine Department Store is set to open its doors to the public later this year. 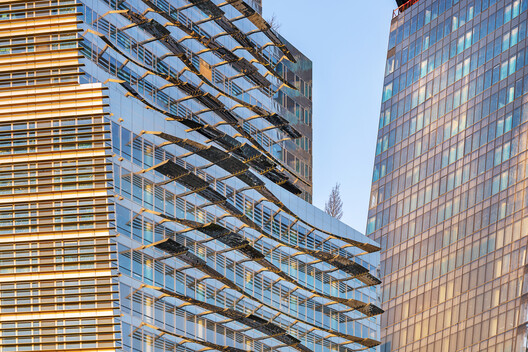