After winning an international competition at the end of 2019, UNStudio has designed the new office of international software development company JetBrains in Saint Petersburg, promoting interaction and sustainability through its architecture, and focusing on the project's three keywords: Connective, Comfortable, and Versatile. UNStudio further developed the design in 2020 and construction is expected to start later this year. 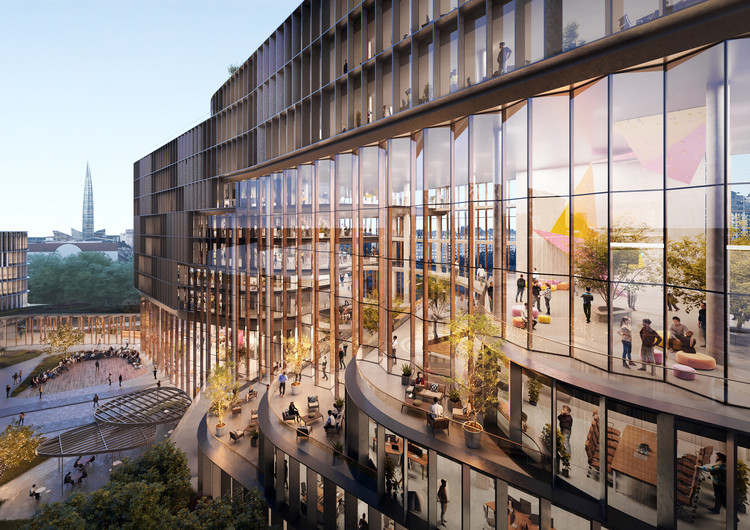 Given UNStudio's extensive portfolio of designing office buildings and workspaces, the architects were aware of what is needed for a working environment to be productive and inspiring, all while promoting the wellbeing of employees. Based on these key factors, the new design focuses on the comfort and wellbeing of every employee and visitor equally, highlighting JetBrains’ particular approach to work culture.

The architecture provides efficient and flexible workspaces, engaging people and giving them a place to meet, discuss, and collaborate. As employees and visitors first enter the lobby, they are met with the first views of an open atrium. Several public facilities are situated in the lobby, such as cloakroom facilities, showers, and exercise spaces. Custom-made healthy work stations were created for all 1,000 newly-housed employees. An enclosed courtyard on the podium level is enclosed by an active gallery that is connected to the existing office buildings.

A large, vertically-stepped indoor atrium is situated at the center of the project and acts as a main focal point of the new JetBrains community. Central meeting rooms, breakout spaces, auditoriums, and a central restaurant are all allocated alongside the open space, surrounded by diverse biophilia. To connect one zone to another, bridges were implemented, spanning across the atrium. The open space then connects to an outdoor courtyard and terraces facing the picturesque Gulf of Finland.

As for the facade's design, a transparent zigzag facade was chosen for the atrium, providing an abundance of natural light into the open space while blocking heat gain. Cantilevers were also added to shade the facade, in addition to a soft acoustic shading device on the inside of the glazed shell. As for the upper and lower volumes, protruding glazed ceramic elements embraced the exterior walls, provide shading, light reflection, and tactility. 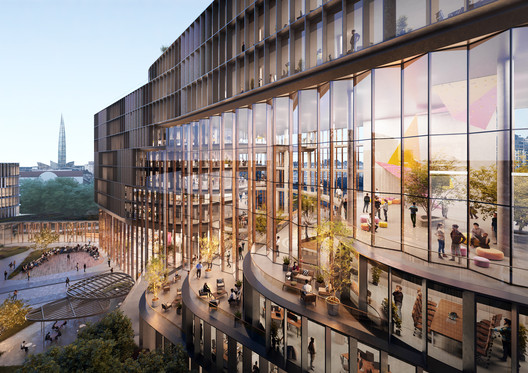