Save
The Chase Residence: The History Behind One of Texas' Most Radical Houses
Share
Or
Copy

The following text is excerpted from John S. Chase — The Chase Residence (Tower Books, 2020) by architect and University of Texas professor David Heymann and historian and Rice University lecturer Stephen Fox. Richly illustrated with archival materials and new drawings, the book is the first devoted to Chase, who was the first Black licensed architect in Texas. The study is divided into two parts, with Heymann examining the personal, social, and architectural significance of Chase’s own Houston house and Fox describing Chase’s architectural career.

This excerpt draws on Heymann’s analysis and highlights the first incarnation of the Chase Residence (Chase substantially altered its architecture in 1968). It places great emphasis on the house’s remarkable courtyard, a modernist innovation, and a singular statement about domestic living at the time. New section, elevation, and perspective drawings prepared for the book help illustrate the ingenuity of the house’s configuration. Finally, the excerpt was selected in part to honor Drucie (Rucker) Chase, who passed away in January of 2021.

In 1959, the American architect John S. Chase completed the construction of a low-slung modernist house for his own family in a stand of loblolly pines on a cul-de-sac in Houston’s Oakmere neighborhood. Chase—the first African American to become a licensed architect in Texas—was, according to his wife, Drucie, a “natural-born progressive.” Chase’s design substantiates her characterization. The house, in both its original version and after a fundamental alteration undertaken in 1968, is an ongoing experiment in how a family might live.

The house was an improbable accomplishment, and the apparent normalcy of the charming snapshots of Drucie and John standing in front of it with John, Jr. and Anthony, their two young sons, is misleading. The roadblocks to practice were plenty: No architect in Houston had been willing to hire Chase as an intern, and he had to petition the state for special permission to take the licensing exam. In this sense, the completed house, entirely clad in brick, was hard evidence of his perseverance.

The house also signaled the growing financial success of Chase’s firm. Paying for all-brick exterior walls only became possible during construction (the permit drawings show only the front wall in brick). Chase had unofficially started his practice seven years earlier, in 1952, when he and Drucie arrived in Houston (his office became official with his licensure in 1954). To build a client base, the pair joined nearly every prominent African American church in the city, all of which they attended every Sunday.

Drucie said they never thought to buy an existing house, just to build. The lot they found was in a quiet cul-de-sac, good for children to play, and it sat in a stand of pines (John was endlessly fascinated by trees and plants). Aside from a few things she wanted—a narrow kitchen, for example—Drucie entrusted the design to John, and never saw a plan or model. She broke into tears the first time John took her to visit the construction site, after the walls had been framed. Drucie’s tears weren’t happy, though. She was frustrated with John because—standing in the middle of the house she could now see—she couldn’t imagine that the layout would ever function.

It wasn’t that the house was abstract and presented mostly wall to the street—there were other, minimal modernist houses in Houston already, and the bedrooms were conventionally set along a hall on the east side of the house. But there wasn’t anything exactly like this organization of social rooms in Houston. The public spaces were set around a partly shaded outdoor courtyard—the largest, most formally significant space in the house—and let out onto it through large floor-to-almost-ceiling openings. While there was a narrow inside passage along one side, the primary connection between the rooms was through the court. It was a radical architectural idea.

While other progressive modern architects were beginning to experiment with the residential courtyard in the 1950s—primarily as a lightwell to service rooms, or as a walled garden next to the house—few used it as Chase did here, as a centralized outdoor room binding the house together. More than a gesture, it makes a small house feel larger, and extends its active social realm. According to the Houston-based architect and writer Ben Koush, there were probably only two modern houses in Houston that used any type of central courtyard organization before Chase: the Nina Cullinan House, designed by Cowell & Neuhaus and completed in 1953; and the 1955 Parade of Homes House, designed by Burdette Keeland. But, in these houses, the courtyard was only enclosed with rooms on three sides, and furthermore, the court was imagined as a vestibule to the public rooms.

The social courtyard enclosed on four sides, as in the Chase design, first appeared regularly in American modern architecture in California in the early 1950s. It was an improvement to the compact houses the developer Joseph Eichler had begun building in the Bay Area. Eichler, working in particular with the architects Anshen and Allen, sought to make the functional advantages of modern architecture available and affordable to young middle-class families—a goal shared by Chase. Anshen and Allen’s first internal garden court for Eichler was their plan 37 project from 1951, followed by their E-5 and E-8 houses; Eichler also experimented with other three-sided courts, open to the street, throughout the mid-’50s.

Chase certainly knew of these designs from publications, as you can see by comparing the Chase Residence plan to Anshen and Allen’s 1957 E-11 plan—the first of Eichler’s enclosed courtyard houses. At first, the two drawings seem like mirror images. Yet, it’s important to understand the profound architectural difference. In any early Eichler atrium home (and the two Houston houses mentioned above), you invariably enter the courtyard first, proceeding across it to the inside entry door. Most of the rooms lining an Eichler atrium are service spaces or private rooms: those courtyards serve primarily as light wells. The whole sequence is imagined as a threshold, cleverly shortening the apparent distance to the backyard—considered by Eichler to be the vital family space in California.

The courtyard in the Chase Residence provides daylight, but it isn’t a threshold. It’s the important place you come to once you’ve entered the interior (past the opaque front doors), the mysterious center of the house, its own room, the extension of all the public rooms surrounding it, and a window to the sky. It’s a proper atrium: an old, even ancient, idea that appeared radical in the modern era, and certainly radical in Houston in 1959.

According to Drucie, the court’s primary purpose was as a safe play space for her sons, who rode bicycles furiously around the central fishpond garden. (Her and John’s daughter, Saundria, was born after the house was completed and the family had moved in.) Drucie didn’t initially think the big outside room would serve for social gatherings, which she and John, deeply involved in the life of the city, were hosting with increasing frequency. John had sized the interior rooms generously for that purpose, and they were air-conditioned.

But Drucie found visitors gravitated to the courtyard, and began to plan accordingly. She once spent a week preparing for a big party to be held in the court, only to have it snow—the rarest occurrence in Houston—the night of the event. Drucie feared ruin; instead, people stood transfixed in front of the rolling doors, the snow falling magically into the center of the house. Coincidentally, by the mid-1960s, Eichler had started producing houses—including his own home—with courtyards similar to the Chases’.

John was constantly planting and replanting in and around the house—it’s difficult to establish a “correct” idea of what he intended for its landscape. But he settled on large-leafed exotics and cycads in the courtyard, where they flourished. The term “paradise” derives from the Persian word for walled garden, and when Chase family members describe the courtyard it is always verdant, paradisiacal, and golden. Both Drucie and Anthony were outspoken about their preference for the elegance and simplicity of that house.

But by the mid-1960s it felt too tight. Saundria had been born, the teenage boys needed more space, the Chases’ social activities had expanded. In 1968 Chase decided to renovate the house, transforming the courtyard into a two-story interior great room. Still, the original courtyard has lived on as a powerful architectural memory. Drucie said that late in his life, John wanted to build them another house elsewhere in Houston. She was not surprised by his desire: to rebuild their first house, with its courtyard as it had once been, elsewhere in Houston. This aim was cut short by the illness that preceded John’s death in 2012.

I asked Drucie about John’s motivations in designing that courtyard. Her explanations favored the practical: a safe place for the children to play. Chase’s desire to remake the courtyard suggests a more complex purpose. I proposed a theory that Drucie did not disagree with, though it is un-provable. John and Drucie sought to raise a successful family, and John sought to build a successful architecture firm—a hard enough task for a Black architect working in the American South. But their doing so required tiresome negotiation through the complex minefield of the public realm, in which arbitrary power was not only decidedly and emphatically not in their control, but often aligned against them.

In that context, a courtyard house made sense. Perhaps John had been prompted by an intuition that the great landscape architect Ian McHarg articulated in a 1957 article for Architectural Record on the promise of urban courtyard houses: “In the courthouse, the individual has freedom for personal expression which cannot obtrude on the public.”

This article was originally published on The Architect's Newspaper as "In 1959, John S. Chase, Texas’s first licensed Black architect, laid claim to one of the state’s most radical houses." 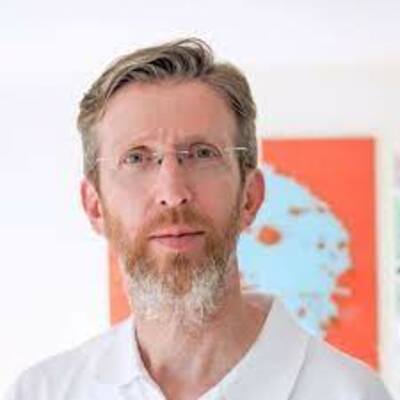