Save
Industrial or Natural Future: Is It Possible to Create Organic Cities Shaped by Technology?
Share
Or
Copy

To find some clues about the future, we can address two main issues: the materials that will make up architecture and, mainly, the way in which they will be constructed. As Jean-Louis Cohen, author of the The Future of Architecture, Since 1889, points out, "sometimes architecture has resorted to sources outside its discipline, adopting metaphors based on biological organisms, machines or language; on other occasions, it looked to its own disciplinary traditions for inspiration." At its best, architecture has managed to find a balance between the right searches and inspirations.

When exploring the tectonics of buildings, we have noticed two possible and not necessarily opposing paths: the production of highly technological materials and a return to natural and local materials, incorporating innovative work methodologies that also affect their traditional appearance. Research on new technologies and products is constantly underway, seeking to improve the efficiency of the components, increasing the functionality of the elements, or allowing the creation of structures with better performances. In the field of laboratory experimentation, for example, graphene is considered by many to be a material of the future, since it is about 200 times stronger than steel but 6 times lighter, with several other promising characteristics. Aerogel is another innovative material found by scientists; composed basically of gases, it provides excellent properties such as thermal and acoustic insulation. Obviously, the glass, steel, and polymer industries continually seek to improve the technical characteristics of their products as well. These are materials whose qualities allow the design of much slimmer and thinner pieces, larger spans, more pronounced oscillations, and different levels of translucency.

Along with this, it is also possible to bet that the materials created from recycled waste or from the by-products of other industries will be omnipresent, eliminating a good part of the dependence on increasingly scarce natural resources. The concept of urban mining should gain momentum, especially in older and denser cities, and the reuse of materials, we hope, will be more the rule than the exception. Nor is it an exaggeration to say that we will see examples of materials that can regenerate autonomously, products that can self-sufficiently generate energy for the building (either through the sun, wind, or other ways), or facades that can adapt to the climate, purify the air of the city, and many other possibilities.

Simultaneously, natural materials should be given more space, as concerns about sustainability, the origin of products, and the availability of non-renewable natural resources increase in the short term, or so we hope. Mass use of materials such as seaweed, hemp, bamboo, and wood as affordable renewable materials is also a possibility. This includes other materials such as mycelium, straw, and others.

But just as most science fiction is usually limited to the troubling issues of the time, sometimes being refuted only a few decades later, it is possible that our vision is still too closely tied to our preconceptions about construction materials and the construction industry in itself. All these advances—and those to come—will inevitably change our environments and, therefore, the perception and relationship we have with them. Neri Oxman brings an interesting approach to this issue. The MIT professor points out that architects are trained to think of buildings as an assembly of parts and components made of homogeneous materials. In nature, this is quite different. Plants, for example, are not made up of different parts, but of the same substances that vary their composition and continuously fulfill certain functions.

The group that she coordinates, Mediated Matter, focuses on designs inspired by nature and nature inspired by design. Her research covers the intersection of computational design, digital fabrication, material science, and synthetic biology, applying knowledge to design at various scales from the micro to the macro construction scale. In other words, they work with nature and learn from it. Will the future of civil construction be a return to the forms and processes of nature?

During the 20th century, with industrialization, we observed how the tool has conditioned the product and its total shape. Technique and technology: what we do depends on whether we have, or develop, the means to do it. The maximum expression of the machine in construction is prefabrication: elements are made in a shed, outside the project site, which are then installed in a specific context. The construction site becomes a montage, not a construction. In today's world, this seems maximally efficient, but its evolution may also come closer to the processes of nature. What we learn from the present and the past, seemingly opposite, seem to be beginning to converge.

For example, three-dimensional modeling forms, which involve digital fabrication and the inclusion of diverse parameters to influence a project, allow for the creation, replication, and variation of previously unimaginable artificial forms. And, without a doubt, these should continue to evolve significantly in the coming years, becoming even more instinctive, affordable, and multiplying their possibilities. Along with Artificial Intelligence, Machine Learning, and Generative Design, the architect must assume a new role; Instead of starting their projects from scratch, they must define the most appropriate parameters for each situation, and then evaluate, with the help of data, the solution that best suits each demand. Biomimesis, for example, is not just of the organic form itself, but the quest to understand and apply the organic strategies of nature.

Other relevant aspects, in addition to aesthetics and production, refer to the temporal dimension of architectural design and construction: efficiency and process. Modular and serial construction follows the principles of the first, while incremental housing and built-in vegetation follow the principles of the second. At what time frames are we evaluating our buildings? Recycling follows a machine logic, where the material can be reconverted and remade (based on the unit of material). Passive strategies and new organic materials point to a logic of processes, where living with the environment is more balanced.

Likewise, concerns related to hygiene and health suggest the appearance of increasingly antiseptic and clean spaces, while concerns about the emotional connection with our immediate surroundings suggest richer, more organic, and customizable spaces. But the well-being of the human being is complex and undoubtedly requires a little of all this.

Advanced technology or older but updated techniques. Smart materials or natural materials. Organic shapes based on parameters or an assembly of predefined parts. Efficiency or process. Cleanliness or complexity. Are the rather rational environments that we inhabit today really healthy and suitable for who we are? Should we continue on this path? Will the future be a technological return to a more organic, instinctive, and natural environment? Or will we keep what was often thought of as a minimalist, immaculate, and impersonal future? If you came here looking for answers, we, unfortunately, don't have them. However, we will continue to investigate. 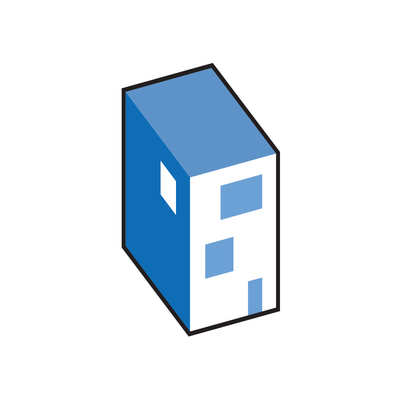 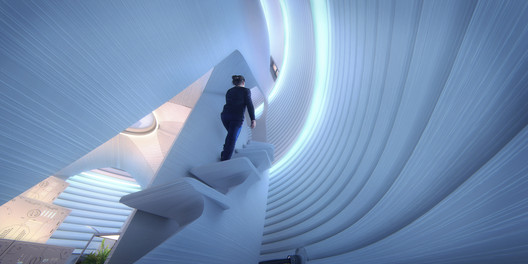