Save
Seaweed as Cladding: Combining Old Traditions With New Tech
Share
Or
Copy 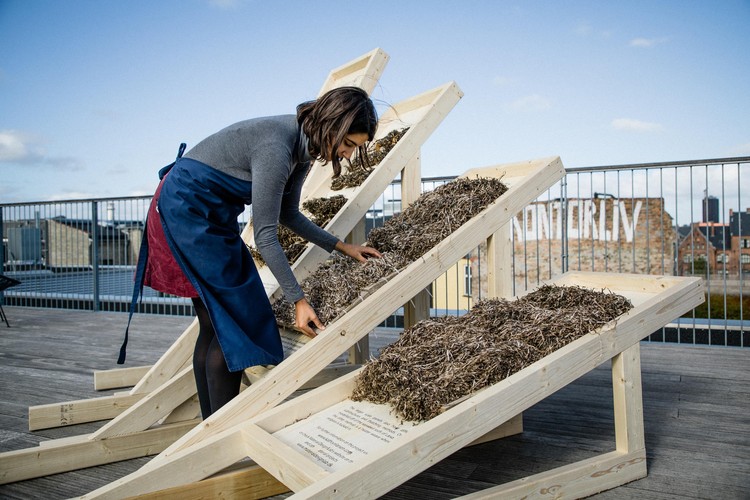 Inspired by vernacular architecture, Kathryn Larsen is a bio-based designer working with seaweed. Throughout her career, she has been doing an intensive investigation into eel-grass, a material that has been used for centuries around the world. Larsen wants to apply all the benefits of this material (rot resistance, fire resistance, non-toxic, insulation characteristics comparable to mineral wool, and its ability to create carbon negative buildings) into prefabrication development and other technologies that enable the creation of new cladding and other elements, such as insulation batt and acoustic panels.

During the latest Design Indaba Festival, we had the chance to interview Kathryn. Read the interview and learn more about her work below.

This article was made in partnership with Design Indaba, a website and annual festival that uncovers innovation for good. Click here to learn more about their annual event.

ArchDaily: Could you introduce yourself and give us a broad explanation of your investigation work?

Kathryn Larsen: I'm a designer, architectural technologist, and currently an architecture masters student at TU Delft. For almost three years, I have been investigating the lost history of eelgrass as a building material. Eelgrass is a type of seagrass, that we often refer to as seaweed historically. In Denmark, it was used to thatch the roofs of the traditional Seaweed Houses on Læsø, but was also used as insulation and as mattress stuffing. In the US, it was also used as insulation in a product known as Cabot's Quilt. After moving to the Netherlands, I've also recently learned that eelgrass was used to prevent erosion in wierdijken, seaweed dikes. The more I find out about this material, the more excited I get, because it's been used so extensively around the world in buildings. Unfortunately, due to a wasting disease in the 1930s, a lot of this knowledge is lost, and eelgrass doesn't wash up in the same patterns, or in the same amount that it used to. Most of the time, it's left to rot on the beaches in vast amounts.

I think there's a strong potential for the Danish building industry to use eelgrass in place of synthetic insulation materials, as was once done a century ago.

But one of the challenges is that natural materials aren't considered in current building codes. So we need to do a lot of research, work with the building authorities, and local government, to ensure (1) we aren't harming people, and (2) these solutions can get approved.

AD: Your research is inspired by a centuries-old tradition; How do the technologies of our time apply to it?

KL: Easily one of the biggest ways I think technology can apply to these old building traditions is by combining prefabrication, or re-engineering solutions so that they're suitable for a modern building site.

People are often immediately scared of the labor costs associated with traditional building, but I don't think it has to be that way!

In Denmark, there's already a strong precedent for both of these ideas with eelgrass. My concept for combining eelgrass thatch with prefabrication was strongly influenced by The Modern Seaweed House (Det Moderne Tanghus) by Vandkunsten, where they pressed eelgrass into timber prefab walls, and used it as soft pillow cladding on the exterior. Another influence has been the work of entrepreneurs Kirsten Lynge and Tobias Gumstrup Lund Øhrstrøm. They're engineering new practical products out of eelgrass that are market ready (or almost there)- like an eelgrass insulation batt (Læsø Zostera), and eelgrass acoustic panels (Søuld). All this work has revealed that we have a need for new production technology advancements. We definitely need a lot of funding and investments to improve innovation in this area, also to make it affordable and practical for consumers. Both Kirsten and Tobias understand, and succeed with this in my opinion.

AD: In addition to sustainability factors, what are the benefits of using seaweed? Can it be used in other climates with the same efficiency or do you think construction developments change with respect to our environment?

KL: There are so many benefits to using eelgrass, if it's harvested locally. It's carbon neutral. It's as insulative as modern mineral wool. It's a fantastic acoustic dampener. It's rot resistant, when farmed properly. You have to leave it on a field to be rained on, to remove the outer salt layer and microalgae that cause the eelgrass to rot. There's been cases where people have opened the walls of their old New England homes, and found perfectly preserved eelgrass, hundreds of years later. It's also a great fertilizer. Kurt Schierup from Møn Tang, who is a traditional seaweed farmer, and my source for information and eelgrass, recommends using it as ground cover for potatoes, for example. By using natural, biobased materials like eelgrass, we can create breathable constructions, that absorb and release moisture, while still having enough insulation to prevent heat loss. Since eelgrass grows largely along the northern hemisphere, I think many countries could potentially benefit from harvesting washed-up eelgrass for this purpose.

AD: How does your work impact the ethics of the architecture industry?

KL: Ethics are a strong part of not only my work, but who I am as a person. I wanted to become an architect, because I believe that our architecture is like our language. It's fundamental, and connects all of us.

But if that architecture is created on a rotten foundation, then it is unsustainable.

To date, I'm one of the only architecture professionals to openly speak out about the so-called Danish "ghetto laws" and condemn them for their discriminatory requirements. Right now, in the middle of corona, vulnerable people are getting eviction and demolition notices just because they live in an underprivileged area that has over 50% "non-western" or "non-western descendents". As a foreigner in Denmark under a marriage permit, I was also affected by these laws, and not permitted to live in any area legally classified as an underprivileged area.

I can't stand by and not say something if I see something fundamentally wrong with planning laws like these. If we aren't saying something and sounding alarms, then I feel like we are in part responsible for the aftermath, as architects.

I apply the same ethical principles to my personal design work. Apart from a few pro-bono cases/competitions, I never work for free, and don't believe in free labor or unpaid interns. The overwhelming majority of my grant funding goes to funding labor- including photographers' work for my projects.

I'm not perfect by any means, in fact, I find speaking out to be incredibly terrifying. I don't know if my efforts have any impact at all in the industry, because I still young, green and have much to learn. But if what I can do can inspire others to try too, then I feel like it's worth the fear.

KL: You are worthy, you are talented, and you are capable, no matter what anyone else says. Stay curious, and open-minded. Learn from the world as much as you learn from the classroom, and treat people with kindness and respect. Things are a bit challenging and scary these days, so don't lose sight of what's really important, and remember to take care of yourself! 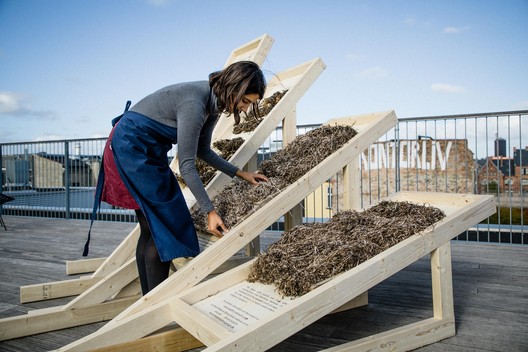