Save
OMA, MVRDV and Heatherwick Among Finalists to Transform Azca Financial District in Madrid
Share
Or
Copy

The RENAZCA international competition has released a shortlist for the design of the financial district of Azca in Madrid, Spain, according to El Pais. Directed by IE School of Architecture and Design Martha Thorne and Edgar González, the competition aims to transform the district into the most important economic and cultural node in the Spanish capital. The winning team will be chosen at the end of January 2021 and will have the task of transforming the sector into a "new, open, sustainable urban space connected to the city."

With the participation of approximately 50 architecture studios from around the world, with at least one Spanish partner per team, 31 groups have been preselected. Five teams have made it to the final stage, all studios with particular international experience in high-quality urban transformations.

The shortlist is comprised of:

Find out about the RENAZCA competition. 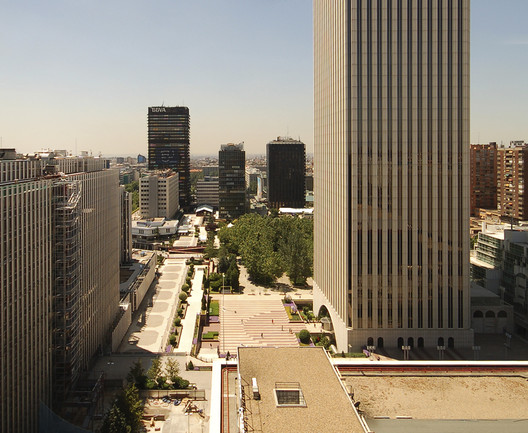