Read more
Save
Bus or Bust? The Future of Public Transit in Life After COVID-19
Share
Or
Copy

With the promising news of a potential vaccine that could soon return the world to a semi-normal way of life, questions are being raised about what the future of public transit might look like. While some predict that it will be years before we revert back to the muscle memory ways of packing like sardines into crowded subway cars during rush hour commutes, it’s not just about how individuals feel being within close proximity of one another while moving about the city. It has more to do with how our other daily habits, which have been reshaped as a result of the pandemic, might change the overall goals for public transit systems around the globe. What strategies might be implemented to bring ridership back to normal levels and to bring the mobility landscape back to where it once was as society continues to undergo major fundamental shifts?

The landscape of mobility isn't just a convenience for many city dwellers, it’s actually a necessity. If the exodus from urban areas to rural towns comes to fruition as many have predicted, the impacts on people across the world would be catastrophic. The suburban sprawl, an increase in pollution generated by cars as more people occupy roads, and a slow decrease in usable urban farmland is just the tip of the iceberg for the environmental impacts. Socially, those who are left behind in cities will be lower-income families who can’t afford to leave. Racial disparities will be further exacerbated, the job market will shrink, and transit services, which already face a severe lack of funding, will imminently collapse.

But this doesn’t have to happen, and it’s likely the worst-case scenario. What public transit needs to do is reinvent both the “how’ behind the ways it is able to move millions of people through cities, and the “why”, which will be impacted by the long-term results of the pandemic and its ability to appeal to the masses.

Ridership on bus and rail systems has dropped significantly since the first cases of COVID-19 were diagnosed in the United States earlier this year. Ridership decreased by 87 percent in the San Francisco Bay Area, 79 percent in Washington D.C., and 74 percent in New York City- providing significant statistics that shape the story for how public transit needs to be revitalized moving forward.

The fear of riding transit is something that will take time to dissipate and will require public officials to address. New York City’s MTA requires riders to wear masks or face a fine and also began shutting down the once 24-hour subway for nightly deep cleans to give the continuing daily riders a sense of security. Other cities have conducted internal studies that show the transmission of the virus on public transit systems is low. For instance, Staten Island, a southern borough of New York City relies heavily on car use and has consistently had a higher number of cases than the subway and bus dependent borough of Manhattan. Hong Kong, one of the densest cities in the world that heavily uses their transit system recorded less than a tenth of the cases diagnosed in the rural state of Kansas.

Rethinking public transit also needs to be paired with reinventing what public transit will be used for. The days of rush hour commutes may be a thing of the past as a large portion of the global workforce explores hybrid work models in which employees work from home and the office becomes more of a destination, which equates to fewer daily riders. This alone means that the pre-pandemic number of public transit users may never return to the levels that they once were, forcing these systems to become innovative, efficient, and more reliable than ever to convince people to catch a bus or a train to get across town.

Public transit is crucial to urban culture and way of life. It also supports the economy by giving agency to people to move for business and for pleasure. In the future, long after the threat of the pandemic has waned, public transit will need to become more innovative and maintain its essential qualities before the proverbial train leaves the station and it’s too late. 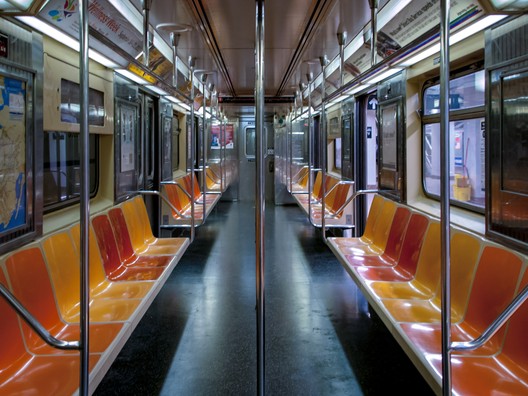