Since its installation in the late 1990s, a large clock in New York City’s Union Square has been counting up to 24 hours in each day with the number of hours, minutes, seconds, and milliseconds on display. However, the digital screen was recently repurposed as a Climate Clock and now projects the amount of time the world has left to take large-scale action on climate change- and the alarming truth, based on an IPCC Special Report on Global Warming counts down to only a little over seven years left until we reach the point of no return. 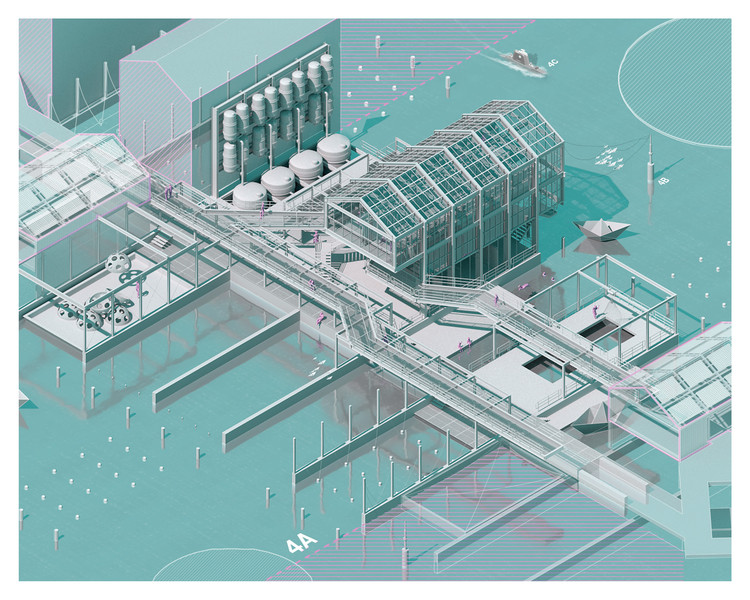 Get one in your city! It’s time to synchronize our clocks: https://climateclock.world

Although this clock was only supposed to be a temporary installation, its striking visual presence sparked a larger discussion about not only the limited time we have left to make significant changes to our daily behaviors but also the way in which the countdown was represented. The data stream to a climate clock is live and reacts to the rates of emissions, or the amount of carbon dioxide that can be released into the atmosphere while keeping global warming to 1.5° C above pre-industrial levels. If we are able to mitigate the impact of climate change, the clock will update and lengthen in time. But for now, the clock ticks away as the small window to take action continues to dwindle.

Climate change is undeniably the most critical design problem of our modern era. Rising temperatures and sea levels, fires burning our world’s forests at unprecedented rates, and hurricanes that cause destruction at scales we have never experienced, continue to be at the forefront of the day-to-day conversations around the kind of world we are designing for. It’s likely that the biggest change of architectural styles over the next century will lean heavily on our response to climate change, and less on a globalized style that is predicted through the advancements of technology and the slow progression of modernist design. It’s time to embrace climate change as one of our main design drivers as we look toward the future.

While there is a multitude of sustainable solutions to mitigate the impacts of climate change, most of these either act as a band-aid on already constructed projects or include implemented strategies to make construction methods and their resulting buildings more environmentally friendly. But what if we think about climate change beyond the standardized certifications that buildings strive for, and think of it as a network of connected cities across the globe that share similar climate concerns. Shanghai might someday share a similar vernacular as Miami, and the farms in rural Indiana might look like the dairy pastures of Switzerland if we design new buildings in a way that mitigates their particular environmental impacts.

When Arch Out Loud launched “Warming”, an international competition to explore ideas that would prevent or react to the negative effects of climate change, their goal was to think about a brand new globalized vernacular that doesn’t reference a place or a particular culture, but a dynamic and rapidly evolving climate-related issue. It was also a way to pair images with the saturated world of statistics, and provide commentary on the larger conversation and make it both innovative, yet tangible to create buy-in for the potential solutions that could be provided if architects begin to think outside of the box and beyond the micro-scale of what we consider to be sustainable and climate-reactive design.

SURFACE EX_TENSION, one of the honorable mentions, frees itself of any geographic specificity as an attempt to mitigate issues of coastal cultivation by expanding off-shore aquaculture. The structure itself links together to create a self-sustaining system to boost social interactions and economic conditions that both serve humans and nature, preventing the further destruction of global ecologies.

Another overall winner honorable mention submission, “Wind Farm”, was designed to intercept one of the sources of greenhouse gas emissions directly from animals who produce them. By transforming cattle farms with a methane collection and distribution system, the system extracts the gas, places it into balloons, is transported via drone, and pumped into generators where it can be burned to produce electricity- all while transforming the traditional farm typology into a source of renewable energy and giving it a completely new aesthetic and functionality.

While these speculations are just the beginning of a larger conversation, they are successful in putting words into something innovative and visually interesting without peddling in the expansive topic of climate change. The competition results also acknowledge how critical it is to push the boundary beyond just promoting everyday solutions such as green roofs and upgraded HVAC systems that the profession is so familiar with. The significant change won’t come with small interventions, but through larger gestures connected cities who transform the way that their architecture both looks and operates.

As the Climate Clock continues to count down, what architects need to do is continue to be inventive so that we won’t have to live in a world full of the consequences of our actions, but one that promotes healthy environments and sustainable cities. We only have seven years to decide how we want to change the planet for centuries to come.