For nearly a century, the areas of urban sprawl where every single-family home has its own yard, garage, and white picket fence represented the peak of life aspiration. Homeownership and the idea of claiming space away from the hustle and bustle of the city core was once considered the ideal lifestyle and the pinnacle of the American Dream. But as time went on, and socio-economic conditions shifted, cities that were once filled with these single-family homes realized that perhaps these zoning regulations were outdated, and new solutions needed to be created to prevent the current housing crisis from growing even more out of control.

While there are many reasons why cities are becoming increasingly more expensive, one of the drivers behind the uptick in pricing has to do with the direct correlation between outdating zoning codes and the lack of available housing that they produce. Given the limited success that zoning changes have demonstrated in providing more housing at rates that are affordable compared to the average income, and given the political and societal backlash they cause, there’s still a big push to update zoning laws to allow people to live in a way that reflects the modern lifestyles of 2020. As younger generations increasingly seek out urban lifestyles where they aren’t burdened by a 30-year mortgage, these laws will need to change in order to meet growing housing demands.

This isn’t a problem that is only based in the United States- around the world, cities are facing the effects of low supply and high demand that causes even the smallest of homes to be unaffordable. Consider Hong Hong, whose zoning codes only allow for 7% of land to be regulated for housing. In one of the densest cities in the world, where land is scarce, urban sprawl is impossible, and housing comes at a premium, many people are forced to live in coffin housing, or small “cages” that are packed into apartments where they can store only a small mattress and a few personal belongings. Even zoning regulations in London have had an impact, with unused garages being transformed into single-family homes just to accommodate the growing population while still complying with these outdated laws.

In 1916, the New York City Board of Estimate released the first zoning map in the nation’s history with neighborhoods were labeled as either “residential”, “commercial” or “industrial”. This ordinance also separated areas from being designated for single or multi-family homes, with the size of the city causing regulations to lean heavily towards the creation of more multi-family buildings. For the last ten years, New York City has continued to rezone its neighborhoods to address the housing crisis, including making a portion of the units affordable. Entire neighborhoods have been rezoned to relax former regulations and encourage the YIMBY (Yes In My Backyard), or pro-development movement. But in some neighborhoods, like the traditionally younger area of the East Village, rezoning hasn't created the number of affordable units that were anticipated due to the fact that they were only “encouraged” and not necessarily required, and further restrictions that aimed to preserve the iconic character of the neighborhood trumped the upgraded regulations.

Some cities have adopted the idea of up-zoning or changing the zoning laws to allow for higher-value or more dense use. This has the power to change what were once former industrial or business designated areas into residential parcels of land. This also can be successfully deployed as a financing tool for urban regeneration when the market demand exists. In Washington D.C., up-zoned land next to Union Station, the capital’s multi-modal transportation hub was up-zoned to create a 360-acre mixed-use neighborhood called NoMa. The development generates more than $50 million more annually in property taxes to the city alone. This area was such a success because it incentivized landowners and developers to use capital resources to invest in infrastructure upgrades and in return, allowed for an increase in density.

Only a year ago, Minneapolis introduced their plan to completely eliminate single-family zoning practices and called for the increase of land development by 60%, requiring developers to include a certain percentage of affordable housing in each development in order to create more accessible and more ample housing options for the city’s rapidly growing population, in particular, those who favor urban areas over suburbs. The creation of these duplexes, triplexes, and garden apartments will help to fill the gap dubbed the “missing middle” and reverse historic zoning practices that discriminated by race and social class. In a time where only single-family homes and enormous skyscrapers filled with hundreds of units exist, there’s now the call for a housing typology to bridge between the two extremes.

But will it work? The concept of up-zoning is relatively new and hasn’t been adopted in enough cities to ensure that it is a viable solution. While a variety of housing options could mean a more diverse population of residents, it could also tilt the scale in the opposite way and create more luxury units which results in a less equitable neighborhood. Much depends on how these laws are updated over time. Will they relax antiquated single-family home laws? Will they require a minimum number of affordable units? Will these complexes be mixed-use developments that can boost local economies? However it unfolds, this is an important concept in urban planning and future development that has the power to create flexibility in planning policies for the future of our cities. 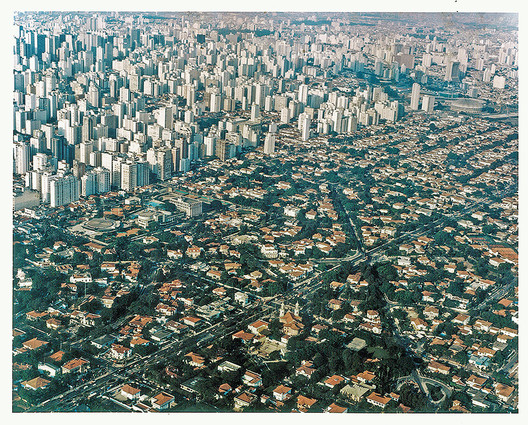