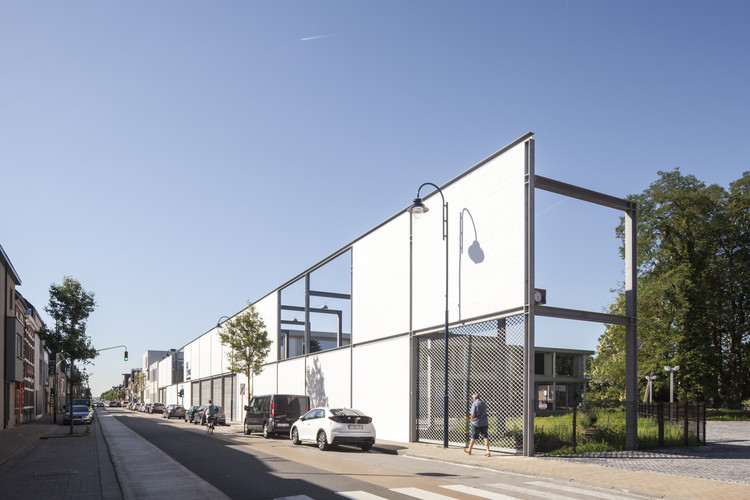 Text description provided by the architects. In Lebbeke we challenged ourselves to create a typology, which has the potential to grow and follow the changing school environment. A building with “a heart”.

Intelligent structure. This design starts from an intelligent structure that allows flexible infill. Its grid size adapts and responds to the site and program. The heart -which is the open space- finds itself in the middle of the building. The atrium, with a span of over 20 meters between the columns, bonds the surrounding spaces. A steel grid with another rhythm and density encloses it. The structure becomes denser (6 by 8 meters) to create a frame for a set of classrooms. Next to the street side, the grid is looser to facilitate other functions. The placing of these results in a buffer zone between the village and the school community.

Classrooms around an atrium. The use of the large atrium is twofold: on one side it is a gym, on the other space serves as a lunchroom. The atrium can be divided into two zones by a mobile partition wall. After hours it becomes a place for various children activities.

The classrooms are placed according to their hierarchy: toddlers on the ground floor, the first grade is located on the first floor, the second grade is placed in the more open corner. The highest grade is directed towards the public domain in which the oldest kids will soon have to find their place.

The vestibule. The white wall facade along the street is an outcome of the urban regulations, which state the relationship with the existing context. Additionally, it is used to create an open in-between space, “a vestibule”. Here, between the wall facade and the structure, different early and late school activities can take place. It is a car free zone for waiting and arriving, for playing and observing. A place for parents and kids. A zone where you can peek into the school’s life. 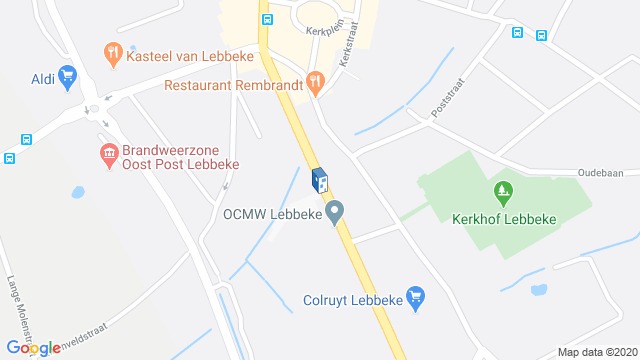 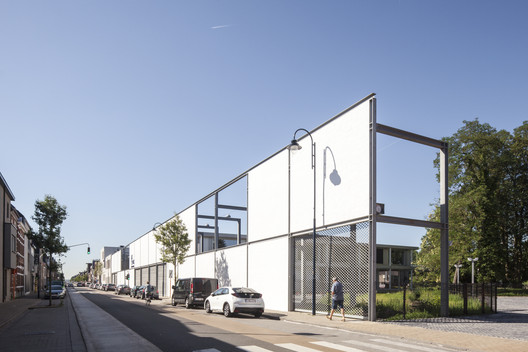