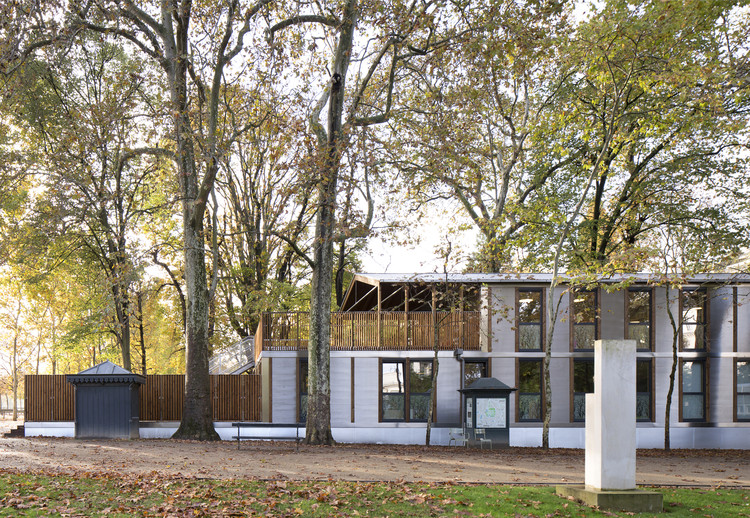 Program. The project concept grew out of a phase of research and development by the office. The request for proposals issued by the municipal government of Paris was an opportunity to implement this system to build a 48-cradle nursery. Modular and nomadic, the building fulfills the requirements for rehousing Parisian children deprived of their usual child care establishments undergoing works. Thus, the building is designed to be disassembled, moved and reassembled. Inaugurated in the 6th arrondissement where it will remain for 2 years, thereafter the nursery will be relocated to the 13th arrondissement, in keeping with the specifications brief.

Site. The French Senate made available to the city of Paris an area of the Jardin du Luxembourg located close to the Rue Guynemer. The sloping, tree-lined alley, whose tree roots could not be damaged by the construction, lay above quarries located at a depth of 15m below, which threatened the stability of the ground and trees above. The temporary construction of the nursery provided the Senate with the opportunity to fill these dangerous underlying cavities. The site will be restored to its initial state in 2 years’ time thanks to foundations on micro piles.

Architectural approach. The Jardin du Luxembourg is an exceptional site. Therefore, the building had to take into account the constraint of a short-term existence and the requirement of a harmonious insertion. This high-performing and bio-sourced building was designed with the principle of reversibility. It can be entirely reconfigured to be utilized for this program or others (emergency housing, offices, etc.), in order to serve new needs and future uses. The Luxembourg site will be identically returned to its original state in two years and the building will be erected elsewhere.

Construction system and materials. The design of the nursery is based on a primary dismountable structure inspired by a construction system of Jean Prouvé’s, enabling the manipulation of self-bearing modules. The assemblages are borrowed from traditional Japanese systems. The structural envelope is prefabricated in the workshop and the interior layout and utilities are also modular. 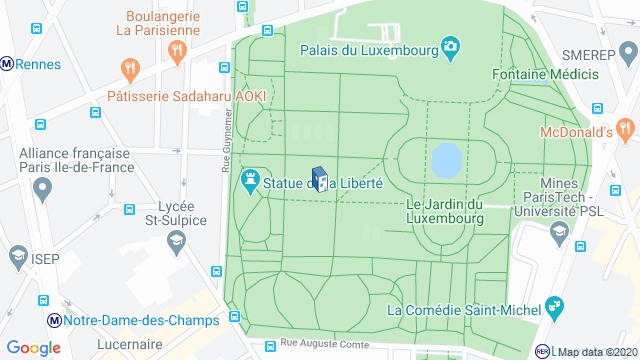 Location to be used only as a reference. It could indicate city/country but not exact address.
Share
Or
Copy
About this office
Djuric Tardio Architectes
Office
••• 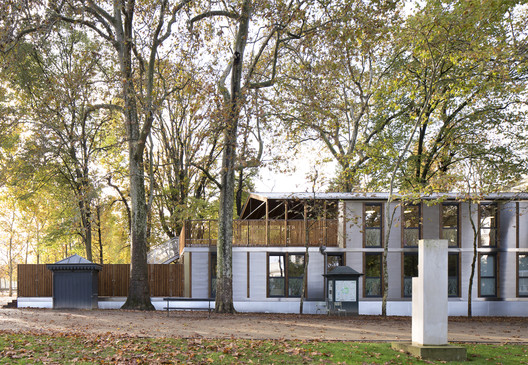