Standing like a concrete mountain amid a wood, the jagged concrete volume of the Neviges Mariendom [“Cathedral of Saint Mary of Neviges”] towers over its surroundings. Built on a popular pilgrimage site in western Germany, the Mariendom is only the latest iteration of a monastery that has drawn countless visitors and pilgrims from across the world for centuries. Unlike its medieval and Baroque predecessors, however, the unabashedly Modernist Mariendom reflects a significant shift in the outlook of its creators: a new way of thinking for both the people of post-war Germany and the wider Catholic Church. 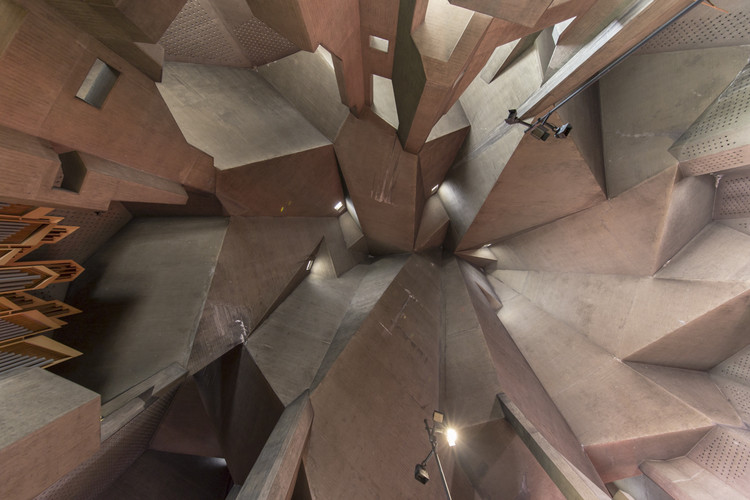 Pilgrims have been making their way to Neviges since the late 18th Century, when the church of the time first played host to an Imacculata (a venerated copper engraving depicting the Immaculate Conception of the Virgin Mary). The site’s popularity proved too great for the existing Baroque monastery, leading to the construction of an annex structure in the early 20th Century. Even with this purpose-built structure, a spike in pilgrimages following the Second World War again saw the church at Neviges significantly over its modest capacity. In 1960, it was decided that a new pilgrimage church would be built to cope with the influx of visitors.[1.2]

With this goal in mind, the Archbishopric of Köln (Cologne) organized an architectural competition to take place between 1963 and 1964. The contest called for a church building with seats for 900 worshippers, with standing room for 3,000 more; other required elements included two chapels, a confessional church, a sacristy, a bell tower, and other ancillary spaces. The winner, chosen by both the jury and particularly by Köln’s Archbishop Josef Frings, who was almost blind at the time, was a German architect named Gottfried Böhm.[3,4]

Frings had overseen a great deal of church construction in the area around Köln since rising to the seat of Archbishop in 1942. This was part of the greater effort to rebuild Germany in the wake of the devastation of the Second World War: hundreds of churches, having stood for centuries, were obliterated in seconds by bombs toward the war’s end. Their replacements were almost universally built in Modernist style, reflecting both post-war austerity and changing liturgical mandates and procedures. Frings himself advocated for greater emphasis on the public celebration of Mass; accordingly, he felt that the altar should not be ensconced behind the choir, but should be a free-standing table standing amongst the congregation itself. This drive toward greater inclusivity and openness, reflected in many of the churches built under Frings’ oversight, would find pronounced expression in Böhm’s design.[5]

Despite being situated in a small, relatively remote community, the Mariendom is monumental in scale. Böhm was a noted German Expressionist who felt that sacred architecture—contemporary or otherwise—should elicit emotion in the viewer. Whether approaching by rail, road, or on foot, one can see a mountain-like peak of concrete from a far way off. The path up to the church is lined on one side by a wall and by the offices and convent on the other, forming a sense of formal procession as pilgrims make the final leg of their journey.[6]

Were it not for the metal cross adorning the Mariendom’s highest peak, there would be no indication that the imposing concrete structure was a church at all. Composed of a series of compressed concrete cubes and pyramids, the jagged, amorphous mass was, according to Böhm, designed to reflect the mountainous terrain of the region. (Casual observers, however, have noted that the Mariendom more closely resembles a concrete iceberg than the more rounded, verdant hilltops of the Rhineland.) [7]

Once visitors enter the church, the towering mass of the building is briefly obscured in a relatively low-ceilinged foyer, providing a moment of visual suspense before one enters into the cavernous volume of the main worship space. Like the exterior, the interior is formed of geometrically irregular concrete on the scale of a cathedral, the joints of the angled roof planes above interspersed with louvers that allow natural light into the space. The space is dominated by the altar, which, although not quite on axis with the main entrance, is placed centrally per Archbishop Frings’ preference. Three stories of galleries line the right side, allowing pilgrims views and proximity to the altar even when the church is crowded. On the left side, shrouded in relative darkness, are two chapels, including the Marienkapelle which houses the copper relic.[8,9]

In keeping with Böhm’s particular style, the otherwise featureless gray expanses of concrete are punctuated with windows of brilliantly colored stained glass. Primarily red, blue, and green, the windows—designed by Böhm himself—depict, in abstract, a number of typical Marian themes, including a large red rose. For the Marienkapelle, Böhm also created an elaborate composition centered around the Ichthys, the symbolic fish which represents Christ. Scattered throughout the church are sculptural works by other artists, including a marble column and altar designed by Elmar Hillebrand; Gottfried Böhm’s own son, Markus, was also responsible for the painting of the lower church.[10]

Once constructed and consecrated in 1968, the Neviges Mariendom became the second-largest church in Germany, outdone only by the Gothic cathedral in Köln itself. The concrete mass of the building, while giving the impression that it was impregnable, actually began to leak by the 1980s; at the time of construction, concrete’s natural tendency to crack had evidently not been taken into account. Concrete patchwork done during the 1980s elicited criticism, as the patches, being of a different shade than the original material, were seen as ruining the building’s aesthetic purity. Under the supervision of the architect’s son Peter Böhm, however, a second effort to patch the concrete is expected to resolve the issue while maintaining the original outward appearance of the church for both pilgrims and architectural enthusiasts alike.[11]

This exclusive photo essay by Laurian Ghinitoiu was originally commissioned for the fifth issue of LOBBY . Available later this month, the latest issue of the London-based magazine-published in cooperation with the Bartlett School of Architecture-examines the theme of Faith as "a fervent drive, a dangerous doctrine, a beautifully fragile yet enduring construct, an unapologetic excuse, a desperate call for attention and a timely consideration on architectural responsibility." 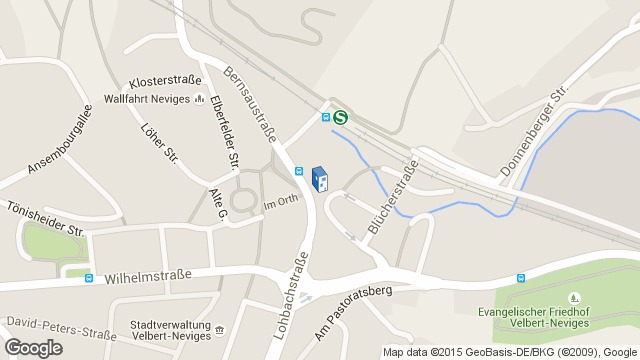 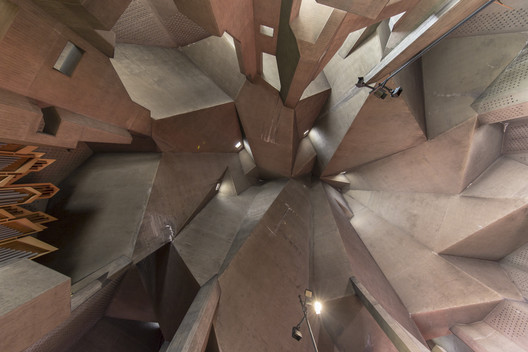