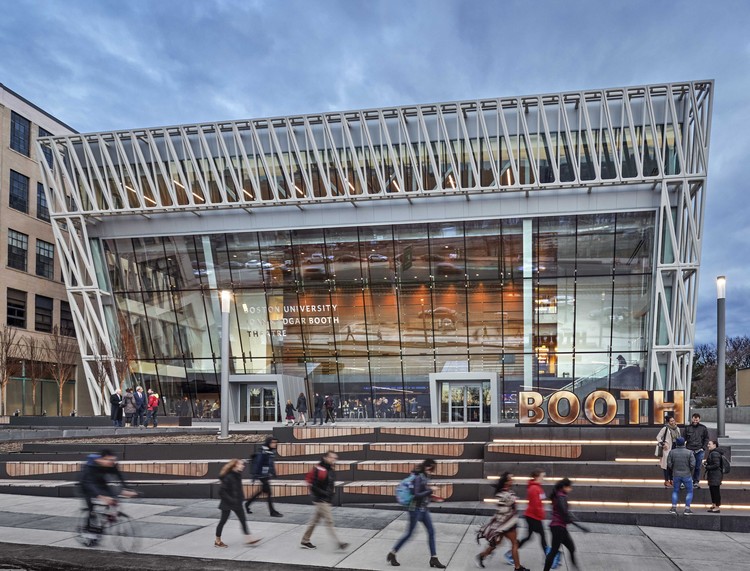 Text description provided by the architects. The story of Boston University’s recently completed Joan & Edgar Booth Theatre and College of Fine Arts Production Center is threefold: The new facilities enable BU College of Fine Arts School of Theatre to become a more unified and comprehensive program, with state-of-the-art facilities as teaching tools for all aspects of theatre production and performance.

It is the first time in decades that College of Fine Arts performance and production students have been housed in the same location.

The building is a tour de force of design, continuing to elevate Boston University’s presence on Commonwealth Avenue. With a full season of productions, Booth Theatre will quickly take its place among the many dynamic performance venues of the Boston area, providing students and Boston’s theatre-going public with additional cultural opportunities.

A well-known quote from Shakespeare’s Hamlet: “To hold as ‘twere the mirror up to nature” has been a longtime touchstone for the BU theatre program and became a central point of inspiration for the design idea of theatre as a mirror to society.

Wrapped in a proscenium-like concrete scrim, the theatre’s shimmering 40-foot glass façade on Commonwealth Avenue tilts toward the street at a 14-degree angle, reaching out and inviting visitors in, while reflecting them back as well.

The inspirational quote is now engraved on black metal panels along the edge of the mezzanine above the entry lobby, greeting all students, faculty, and visitors and reminding them of the world of imagination they are entering. 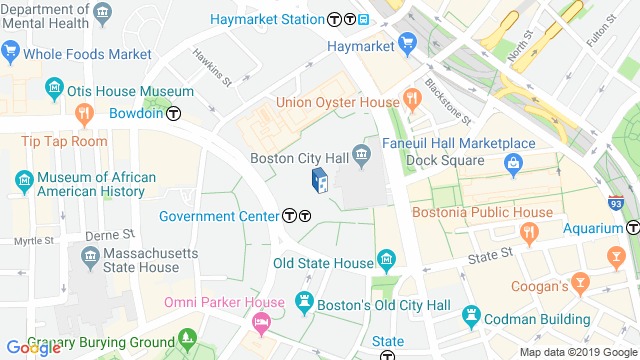 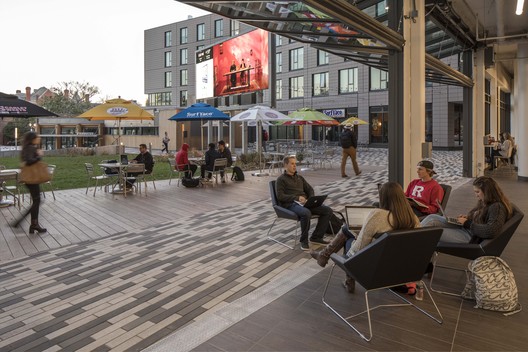