In the Negev Desert of Israel, SAGA Space Architects are collaborating with D-MARS to build a Mars Lab Habitat that will simulate the conditions of living in a confined space on the hazardous surface of the red planet. The laboratory structure they’ve designed is an addition to D-MARS' existing Mars simulation habitat and will be part of a larger experiment. This habitat will serve as a prototype for a longer mission scheduled for 2020. 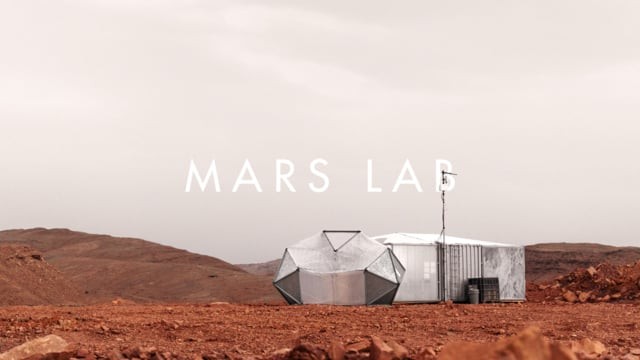 SAGA hopes to help astronauts thrive on the surface of Mars, as opposed to merely surviving, which is enough of a challenge as is. The architecture of the Mars Lab is designed to be as lightweight as possible to minimize the amount of fuel needed for transport. The thin structure unfolds and deploys once on the surface, from an initial size of only 8 cubic meters (approximately 280 cubic feet) to its final size of 41.3 cubic meters (nearly 1,500 cubic feet).

Another great challenge of inhabiting Mars is its lack of atmosphere, meaning astronauts must supply their own. The membrane enclosing the structure of the Mars Lab is flexible enough to fold and expand, yet strong enough to withstand at least one bar of atmospheric pressure, keeping the astronauts safe inside. To protect this membrane during transit and landing, the structure also includes a large, durable, armadillo-like shell which can be closed around it.

The same membrane serves another purpose as it allows light to pass through and reach the algae photobioreactor. In SAGA’s design, algae make up the basis of the life support system, which they chose to express architecturally rather than hiding it away. The algae’s photosynthesis takes in carbon dioxide while producing oxygen for those living in the habitat. Additionally, by surrounding themselves with water, which absorbs much of Mars’ harsh surface radiation, the astronauts are better protected and able to remain on the planet’s surface for a much longer period of time.

This simulated Mars habitat allows the astronauts (or “Ramonauts, as D-MARS calls them) to live on-site as if they were truly explorers of a foreign planet. Their daily routines, including food, communication, and other challenges, will be similar to those which they would experience in the future, on a real planetary mission to Mars. The D-MARS experiment in the Negev Desert gives SAGA and all involved a chance to understand the difficulties, test prototypes and protocols, and prepare in advance for exploration of Mars and the rest of our solar system. 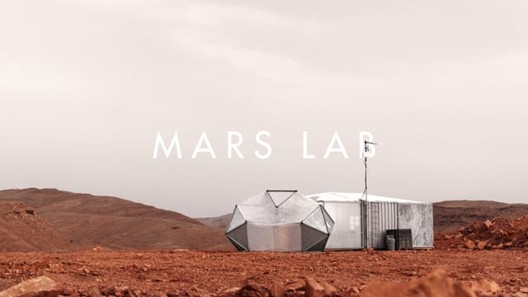