Paul Robbrecht and Hilde Daem met during architecture school, where they were unsatisfied and unchallenged by the curriculum. Instead they formed a close-knit group of ambitious classmates who shared ideas and information with each other and after graduating, they eventually formed the practice that would become Robbrecht en Daem. Located in Ghent, Belgium, the duo focuses their work on public spaces, creating a sense of community, and ensuring that art is an integral piece of architecture.

Following are the videos and selected quotes from Paul Robbrecht and Hilde Daem’s interview.

Hilde Daem discusses the challenges and discrimination she faced at the beginning of her career as one of very few women in architecture and Paul Robbrecht describes their practice’s overarching philosophy of architecture as a gathering space for different disciplines and cultures.

Past, Present, Future - PAST. Interview with Paul Robbrecht and Hilde Daem from Itinerant Office on Vimeo.

GIANPIERO VENTURINI: Why did you start this profession and which were the most important aspects that characterised that first part of the career?

PAUL ROBBRECHT: “I discovered architecture in a very specific moment which was the incredible World Fair in Brussels in 1958, that I visited several times with my father. I was eight years old and I was amazed by the buildings that they built, not only the Atomium which is very famous and is still existing, but also pavilions like the Poème électronique by Le Corbusier and Iannis Xenakis. And especially the Scandinavia pavilions - very poor in their expression but very rich in their human feeling because of the natural materials they used. And later on, I was supported by my father to go into that direction. Because I was doubting a little bit about art, architecture but he sent me at a very young age to see the buildings of Le Corbusier”.

HILDE DAEM: “It was a real man’s world. You were only with two or three girls among one hundred and twenty boys. You have now the “Me too” movement. In that time, you couldn’t say anything, you had better keep your mouth shut. It was really a very heavy life for women. And this was one thing my father always told me, «Architecture is not something for women». And I wanted to prove him the opposite. And now there are more than fifty percent women studying in architecture but I don’t know where they are, you don’t see them. They are always in offices, very rarely they have an office that is known under the name of a woman.”

Paul Robbrecht speaks about the firm’s interest and focus on community and public spaces and Hilde Daem describes their approach to integrating art within architecture and her joy in mentoring young architects.

Past, Present, Future - PRESENT. Interview with Paul Robbrecht and Hilde Daem from Itinerant Office on Vimeo.

GV: How would define your work today. Are there any key-words that describe your current approach to the practice?

PR: “Community and even in the word «community» is the word «communication». These two things are now themes in our work. We were really reflecting on it, how it might be possible to not only produce housing but try to give spaces and areas where the communal feeling is really obvious. Even on higher parts of buildings, we are trying to suggest places where people not only stay in the house and look at the television but have chances to meet each other..”

HD: “You can’t eliminate art from what we did in the past and what we are doing now, it’s always there. We don’t add art after the project, it’s always there in the beginning (…) And working with art was really in our DNA it’s never far away. We always try to work for cultural commissions so it's much more easy to bring art in it.

Paul Robbrecht expresses his advice for architects to remain open-minded and Hilde Daem illustrates the importance of long-term thinking in the context of architecture and design.

Past, Present, Future - FUTURE. Interview with Paul Robbrecht and Hilde Daem from Itinerant Office on Vimeo.

GV: What’s your advice for the younger generation of architects?

PR: “I would say to young architects: be surprised, be open, look at things that you don't know and be open to expressions in art. You have to absorb a lot of things and also look into yourself and try to synthesise this world of impressions you have and be very open to that and you will possibly find a line where you can go on.”

HD: “When I think about architecture now and how it’s an important topic for politics, then I would say, to all architects, but also to the user and especially to the politicians: think long-term and not very short-term. I'm very pessimistic about the way it's going now. The heating of the earth, what I believe is a reality (…) If there’s one topic I must choose: stay humble in what you are thinking and think in the longterm.” 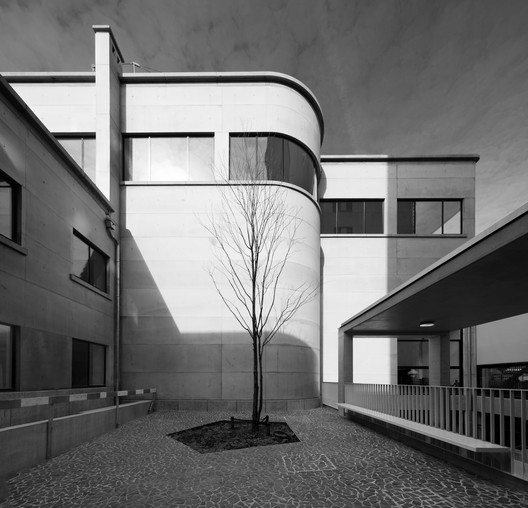