Under the proposed plan, the Coliseum park would include the adaptive reuse of the Oracle Arena, currently used by the Golden State Warriors basketball team. The proposed park will include a tech campus, mix-used housing, education spaces and a business park. The 140-acre Coliseum property in East Oakland would feature a "ruin" of the old stadium. As Bjarke Ingels said, "We want to preserve the field of the A’s, like when you visit Rome and come across urban ruins." The resulting area would be open for public use.

BIG's design focused on the concept of urban islands in a green landscape. In turn, a series of trails and roads would lead to the surrounding East Oakland communities. The A’s are currently attempting to work out a deal for use of the Coliseum, including purchasing the complex for $135 million. A project timeline has not been finalized, but the team hopes the park can be open for the 2021 season. 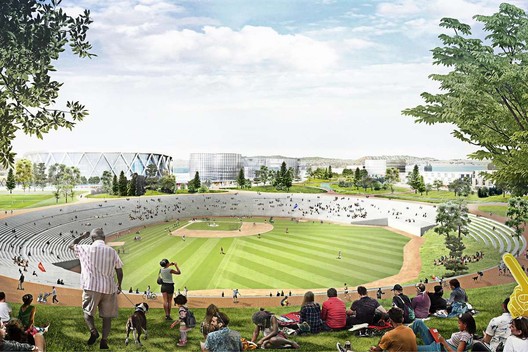