"The strategy has several advantages," explained URBAN POWER Partner Arne Cermak Nielsen. "It can be developed stepwise without leaving the impression of an unfinished project if a new economic recession appears. Furthermore, the islands can be thematically developed, leaving the best conditions for the innovative industry and research within green tech, biotech, life science, and future yet unknown sectors. The quality of being by the water should not be underestimated, and the shores of the islands and the delta that emerge between them has a unique potential."

Nicknamed ‘Europe’s Silicon Valley,’ it is estimated the new land will accommodate 380 businesses and 12,000 jobs. Area will not only be reserved for green technologies, such as heat storage and windmills, but Northern Europe’s largest Waste-to-Energy plant as well. This will reduce at least 70 tons of CO2 annually and produce more than 300 MWh of fossil free energy, 25% of Copenhagen’s power consumption.

Construction of the islands is partially financed by surplus soil from local subway and building projects. Built-up soil creates natural flood barriers, and diverse, protective landscape along both new and existing coastlines for sports and activities. Start of construction is expected in 2022, with project completion in 2040.

While manufactured islands are not unprecedented, Holmene is unique in its purpose for housing green technology. Many constructed islands are motivated by a need for housing. To this day, over 300,000 people live on one of the world’s largest artificial islands on Lake IJmeer, Flevopolder. Also on Lake IJmeer, Amsterdam is working on ten islands for sustainable, affordable housing. One of which, Centrumeiland, surfaced in 2015 and is finally ready for building construction. In Dubai, Palm Jumeirah is the first of the fabricated Palm Island series. Adding 50 miles of coastline to Dubai, this tourist destination is dense with luxury hotels, beachfront villas, and apartment buildings. Most recently, Hong Kong’s first chief executive led a think tank to create an artificial island proposal to house 1.1 million people.

Man-made islands may be an adaptive solution to overcrowding and the earth's rising sea levels. However, artificial land can have negative effects such as displaced indigenous peoples and destroyed ecosystems, as experienced by Malaysia with the construction of Forest City. No matter where we build, there will always be give-and-take. 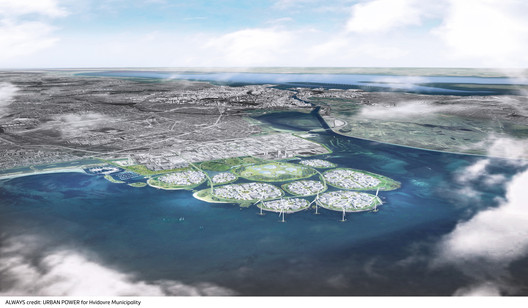