Culled from our annual documentaries posts, these films feature architecture and architects in more informative and intimate ways. With more and more film festivals dedicated to architecture itself, you can likely catch these on the big screen in a city near you!

In 1954, the newly constructed Pruitt-Igoe towers in St. Louis, Missouri, designed by WTC architect Minoru Yamasaki , were "radiant examples of Corbusian rationalism," symbols of the promise of Modernist architecture to renew our cities, particularly for lower class residents. A mere two decades later, the towers, hotbeds of violence and crime, were spectacularly demolished - becoming potent symbols of both social housing and Modernism's supposed failure.This fascinating documentary challenges this typical narrative, providing an expansive, poignant look at both Pruitt-Igoe's shortcomings and triumphs, showing us what they have to teach us about America itself.

The director of this film, Nathaniel Kahn, is also the son of the subject at-hand: Louis Kahn. The documentary is Kahn's poignant search to understand his father, a man who, while known around the globe for his architecture, led a less-than-satisfactory personal life (fathering children by three different women and living in debt). He would eventually die bankrupt and alone in 1974, but with a tremendous architectural legacy. The film, which was nominated for an Academy Award, features interviews with Frank Gehry, I.M. Pei, and Philip Johnson as well as imagery of all of Kahn's classics, including The Yale Center for British Art and The Salk Institute.

75% of the world's population is expected to live in urban centers by 2050. With this in mind Gary Hustwit, following his previous works Helvetica and Objectified, adds Urbanized to his design trilogy. Urbanized, which looks at the design of urban centers, shows Huswit city hopping to 40 different locations to talk with those in the know, including architectural heavyweights like Foster, Koolhaas and Niemeyer.

Citizen Architect: Samuel Mockbee and the Spirit of the Rural Studio (2010)

Featuring interviews with architects like Cameron Sinclair, Peter Eisenman, and Michael Rotondi, this documentary explores the life and legacy of architect and public-interest-design pioneer Samuel Mockbee, who helped found the radical design/build program, the Rural Studio at Auburn University, in one of America's most impoverished communities.

"First project of the Living Architectures series, Koolhaas Houselife portrays one of the masterpieces of contemporary architecture. The film lets the viewer enter into Rem Koolhaas's house's daily intimacy through the stories and daily chores of Guadalupe Acedo, the housekeeper, and the other people who look after the building. Pungent, funny and touching."

After living in the 8 House by Bjarke Ingels Group for around a month, Ila Bêka and Louise Lemoine recount their subjective experience of living inside this experiment of 'vertical village”' in the style of a diary. Just like LEGO, the film builds up a collection of life stories all interconnected by their personal relation to the building, drawing the lines of a human map which allows the viewer to discover the building through an inner and intimate point of view.

REM, a film directed by Koolhaas' son, Tomas, has been over a decade in the making. As Tomas told us in an interview, "It took [...] ten years of shooting various projects until I felt ready to tackle this piece and bring the idea to Rem. I had to be sure I was ready because I knew I wouldn’t get a free pass from him. He is not the type of man who would get behind my project merely because I am his son. I knew I had to have a concept that was very different from, and more compelling than any that had been done before." So what sets the doc apart? According to Tomas, it's not just a collection of pretty images, but "a rare insight into the reality of the hidden internal life of the buildings."

Launched two years ago, on the centenary of American urban activist Jane Jacobs, the film aims to present a glimpse of Jacobs' past, based on his book, The Death and Life of Great American Cities, and on the confrontations with Robert Moses, stressing the legacy of this prominent figure in world urbanism. The urbanist symbol of the struggle for the improvement of urban space design.

Several successful architects, builders and artists from different parts of the world propose a radical solution to living space in which all unnecessary things are removed and seemingly old and worn-out items are utilized. How much space, 'stuff' and comfort do we really need? How would you feel about carrying your home in your pocket or having clothes to live in? On the sidewalk, on rooftops, in industrial landscapes and in nature we will see and feel how these abodes meet the dreams set up by their creators.

As one of the highlights of contemporary architectural production, ahead of the Danish BIG office, Bjarke Ingels is now considered one of the largest and most promising names in the creative industry. With an uneasy profile, always in search of new challenges - trying to overcome them, and above all creatively inspiring, in this documentary Ingels is portrayed from a professional and personal point of view.

The Human Shelter Trailer from Creative Alliance on Vimeo.

The Human Shelter, a documentary about what people value or “need” in their lives, ties into a fundamental quality that any architect would be foolish not to cultivate: the ability to listen and perceive what makes people feel at home. Bertram teamed up with IKEA to make the film and involved organizations such as the United Nations, NASA and the MoMA in New York. 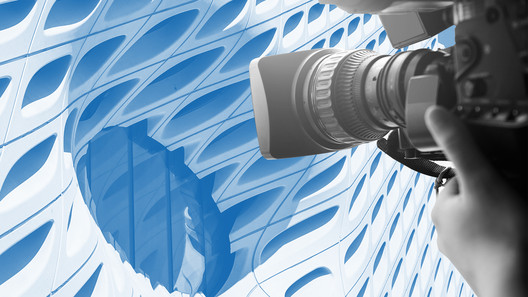