Save
Documentary About Human Shelter Shows the Poetry, Power and Resilience of “Home”
Share
Or
Copy

Architects are called upon to build society’s greatest structures. We marvel at the museums, performing arts centers and spaces of worship that dot the globe and represent the peculiarities of the world’s many cultures. Yet, at the core of the roles and responsibilities of the architect lies a calling for a far more elemental human need: shelter.

This doesn’t imply that architects are always involved in the creation of all the forms that shelter takes. However, a deep understanding of how people dwell provides an appreciation of the diversity, resilience, alacrity of the human race. The Human Shelter, a documentary about what people value or “need” in their lives, ties into a fundamental quality that any architect would be foolish not to cultivate: the ability to listen and perceive what makes people feel at home.

Filmmaker Boris Bertram saw an opportunity in documenting a subject in which, he claims, we are all experts. He calls it the “poetry of dwelling” and his quest to create an entire film around the concept took him to four continents over 18 months. The result is a visually stunning anthropological exploration of shelter and an expedition into what makes a “home.”

The sheer concept of home is at once universally understood but entirely personal. This becomes sharply evident as the film exposes the challenges and particularities of dwelling in precarity, climatic extremes, isolation, and community.

Bertram teamed up with IKEA to make the film and involved organizations such as the United Nations, NASA and the MoMA in New York. But don’t think that the involvement of the world’s largest furniture retailer means that the documentary is an IKEA advertisement in disguise. To the contrary, there is no mention beyond the fact that the company made the film possible. Bertram explained that the involvement of the Swedish corporation came from a desire to deliver a key message to all of its employees. Following a screening of the film, Marcus Engman, IKEA’s head of design, said: “I believe in the home as a place that can change the world.” With the ultimate goal of supporting an art film to prompt dialogue about this universal concept, Bertram explained that IKEA simply wanted to have a conversation about “home.”

This is where designers and architect who believe in the power of design to make better communities will find a documentary that speaks to them. In the delicate framing of the people who share the intimacies of their lives, the subtleties of the surrounding spatiality attest to the primacy of spacemaking--and the way in which it extends beyond what we physically design. “One of the values I tried to put forward in the film is the importance of building community with your family and friends,” said Bertram. In a statement, Bertram added: “I want the film to show the fundamental human values, values that count, like community, family, nature and our common home--the Earth.”

As the conversation drew to a close, Bertram looked back on the experience and how it changed his perspective. He said, “We are living in a cynical time. Therefore it feels so meaningful to me to come out with a more optimistic message: I have filmed on four continents and met people who have next to nothing, but still insist on living poetically and personally. They are innovative and live with dignity. That is an important recognition, which I want to express in our time!" 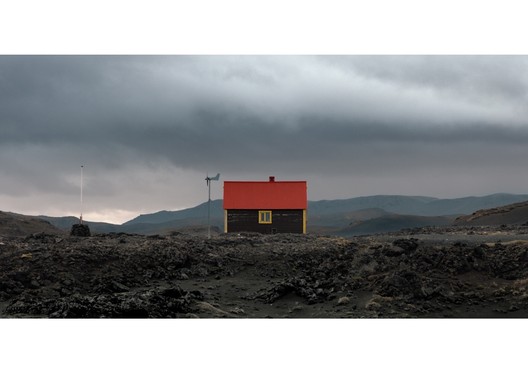