The news comes following a period of speculation on the design of a new stadium for the A’s, with HOK, Sasaki, Snohetta and Studio T-Square all linked to the potential development. A’s President Dave Kaval has been vocally optimistic about the new project, hinting that BIG's design could integrate the design ethos of classic ballparks such as Boston’s Fenway Park and Chicago’s Wrigley Field. Kaval also expressed an eagerness to incorporate BIG’s affordable housing expertise into the new development plans.

As we looked at the Coliseum and Howard Terminal, we wanted a design team for not just a ballpark but a ballpark district that's best for Oakland […] we wanted a team that could look at the ballpark with a fresh perspective, and this is really a game changer.
-Dave Kaval, President, Oakland Athletics 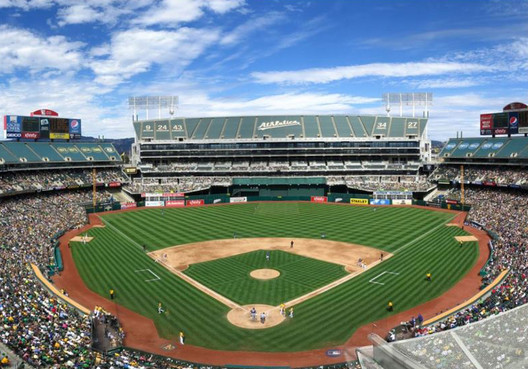