The Center for Globalization and Strategy from Barcelona’s IESE Business School has unveiled its annual list of the world’s smartest cities. In its fifth year, the IESE Cities in Motion Index has calculated the performance scores for 165 cities across 80 countries based on an exhaustive rubric of economic and social indicators. Familiar global power centers have maintained their position at the top of the heap, while expanded categories of assessment have helped a few small cities advance their position drastically.

Under the direction of Professors Pascual Berrone and Joan Enric Ricart, the school’s Cities In Motion Index ranks cities based on their performance in nine fundamental categories that demonstrate the necessary dimensions of a healthy modern city in the 21st century: human capital, social cohesion, the economy, governance, the environment, mobility and transportation, urban planning, international outreach, and technology. Within each category, the cities are graded based on a collection of 83 total factors. This grading system has been expanded this year to include new criteria like the ISO 37120 certification, numbers of terrorist attacks in a city, as well as variables based on projected information like forecasted temperature variation resulting from climate change.

According to the IESE, the assessment rubric is strategically designed to assess each city’s progress towards “a novel form of local economic development: the creation of a global city, the promotion of the entrepreneurial spirit, and innovation, among other aspects.” The adjustments made to this year’s report have helped a number of smaller cities claim prestigious ranks on the 2018 list, especially Iceland’s capital Reykjavik, which was ranked fifth this year after not even cracking the top 50 in 2017.

The cities with the largest changes in rank are Hong Kong, which rose a whopping 33 places to enter the top ten, coming in ninth after being ranked forty-second in 2017. San Francisco turned in this year’s most drastic tumble, falling 22 places from its previous rank of fifth down to twenty-seventh. Other cities that showed significant improvement include Singapore (+16), Auckland (+16), Geneva (+15), Copenhagen (+14), and Basel (+13); while other declining performers include Munich (-18), Dallas (-18), Boston (-17), Philadelphia (-16), Vancouver (-15) and Washington (-14).

Displaced by these newcomers, the following cities have dropped out of the top 50: Baltimore, Phoenix, Glasgow, Rome, Stuttgart, Linz, Miami, and Florence.

By continent, European cities claim the most places on the list with 12 representatives, doubling the total of six from North America—the second best-represented continent. Asia claims the third-most listed cities, with all four ranking in the top ten. 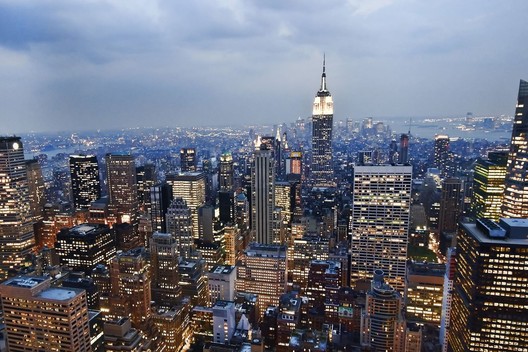