As caretakers of Olympia London, we are investing to protect this iconic site and promote it on the global stage as a world-leading destination for the creative industries. These proposals reflect consultations and discussions with our community to ensure we create an exciting and inspirational venue with unparalleled facilities.
-John Hitchcox, Chairman, Yoo Capital

The project is being supported by Olympia London owners Deutsche Finance and Yoo Capital, and is expected to be submitted to planning September 2018.

News of the Olympia Center comes weeks after Heatherwick Studio’s Zeitz MOCAA in South Africa was shortlisted for the World Architecture Festival Awards 2018. 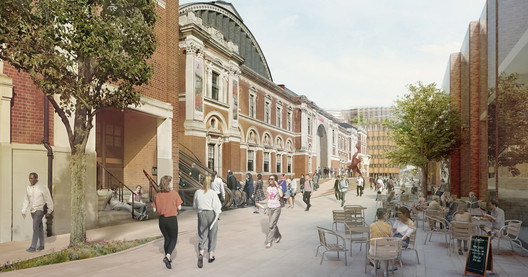