Text description provided by the architects. The Zeitz Museum of Contemporary Art Africa (Zeitz MOCAA), was unveiled today ahead of its public opening on 22 September 2017 at Cape Town’s V&A Waterfront. It will be the world’s largest museum dedicated to contemporary art from Africa and its diaspora and is designed by internationally acclaimed designers Heatherwick Studio, based in London.

The museum is housed in 9,500 sq metres of custom designed space, spread over nine floors, carved out of the monumental structure of the historic Grain Silo Complex. The silo, disused since 1990, stands as a monument to the industrial past of Cape Town, at one time the tallest building in South Africa, now given new life through the transformation by Heatherwick Studio.

The galleries and the atrium space at the centre of the museum have been carved from the silos’ dense cellular structure of forty-two tubes that pack the building. The development includes 6,000 sq metres of exhibition space in 80 gallery spaces, a rooftop sculpture garden, state of the art storage and conservation areas, a bookshop, a restaurant, bar, and reading rooms. The museum will also house Centres for a Costume Institute, Photography, Curatorial Excellence, the Moving Image, Performative Practice and Art Education.

The R500 million (£30 million) development of Zeitz MOCAA, announced in November 2013, has been created in a partnership between the V&A Waterfront and Jochen Zeitz, as a not-for-profit public cultural institution in the heart of one of most visited cultural and historical hubs in Africa. Set on the edge of a natural, historic working harbour, with the iconic Table Mountain as its backdrop, and sweeping views of the ocean, city bowl and mountain peaks, V&A Waterfront attracts up to 100,000 people a day. 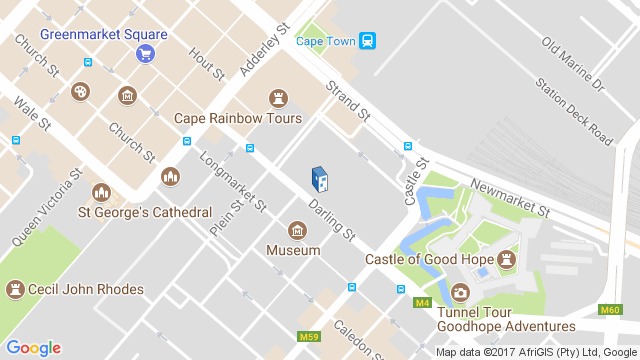 Location to be used only as a reference. It could indicate city/country but not exact address.
Share
Or
Copy
About this office
Heatherwick Studio
Office
••• 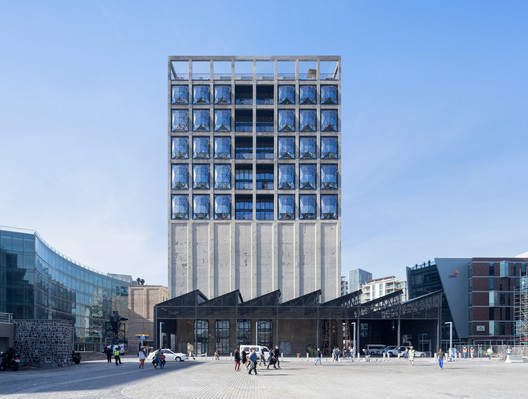