Throughout history, there have been certain architects whose unique ideas and innovative styles have influenced generations to come. Some of these pioneers introduced ideas so revolutionary that entirely new words had to be invented to truly encapsulate them. Whether they became a style embraced by an entire era, or captured the imagination of millions for decades to come, we know a Gaudiesque or Corbusian building when we see one.

Here are eight adjectives derived from the works of architects whose names are now in the dictionary: 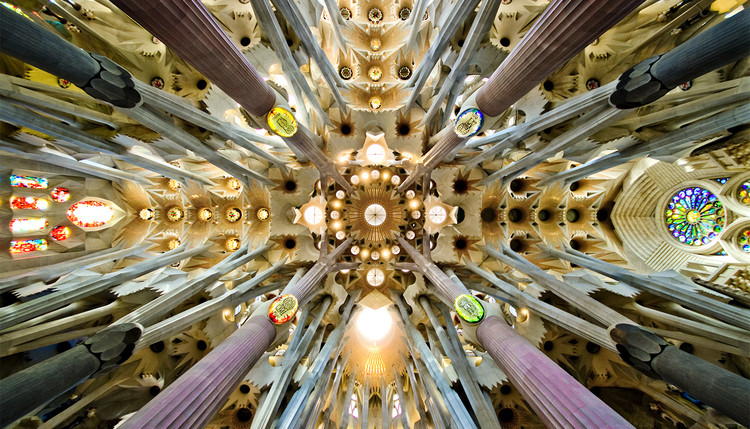 Mies van der Rohe famously articulated that “less is more” and that “God is in the details.” These quotes perfectly describe the characteristics of Miesian architecture—meticulously crafted minimalism. His embrace of steel frames, glass walls and the beauty of the minimal inspired both the skyscrapers of today and our sleek and spartan kitchens.

The term Sullivanesque is derived from the architecture of Louis Sullivan. Sullivan’s work used linear, rectangular forms offset with heavily ornate ornamentation. At a time when new technologies were enabling taller buildings than ever before, Sullivan transformed the horizontally-focused Beaux-Arts styles into vertically-oriented designs, following his belief that a tall building should be "every inch a proud and soaring thing, rising in sheer exultation that from bottom to top it is a unit without a single dissenting line." The Midland Terra Cotta Company and other competitors manufactured Sullivanesque buildings in bulk, and many line the commercial streets of Chicago.

The work of Antoni Gaudí is characterized by warped, distorted forms that are seemingly taken out of fantasy, and the work of Gaudi often makes one feel like one has been transported to a different world. He merged complex mathematical geometries with intricate decorative elements inspired by nature to create sculptural works that capture our imagination.

Palladian architecture is a style acquired from the work of Andrea Palladio. A renaissance-era architect, Palladio was himself influenced by the architecture of ancient Rome, and the principles of classical antiquity. The Palladian style became extremely popular in 18th century Britain, as well as spreading to other areas within Europe and North America. Palladianism uses symmetry and balance, as well as elements such as classical columns and pediments, and is distinguished from other renaissance architecture by its strict adherence to mathematical proportions and rule-based design and its more pared-back, limited ornamentation.

The term Corbusian refers to characteristics of Le Corbusier’s architecture. However, it is perhaps more difficult to pinpoint the exact meaning of "Corbusian" compared to the more homogeneous styles of Gaudi and Mies Van Der Rohe. Le Corbusier’s work changed significantly through the course of his career, from smooth, purist forms to Brutalist exposed concrete and the more sculptural. The use of pilotis, a free plan and free façade—concepts based on Le Corbusier's "Five Points of a New Architecture"—as well as a raw and honest materiality are all characteristics that can be described as Corbusian.

The work of John Ruskin influenced generations of writers, architects, and economists. His book, The Seven Lamps of Architecture, described his belief that the craft of building, ornamentation and an honest display of materials and structure were integral to architecture. Ruskinian architecture generally employs polychromy, elements of the Gothic and decorative brickwork.

"Barraganesque" describes that which pertains to the architecture of Luis Barragán. His use of clean lines and forms alongside bursts of bright color create buildings that are playful and intimate, spiritual and poetic. He attempted to create an “emotional architecture” rather than one of rational analysis. The Barraganesque consists of cubes and planes, bright colors, and the dramatic use of light. 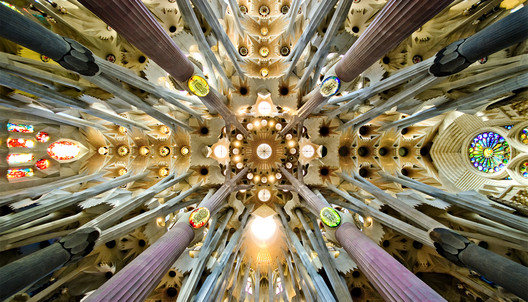