Had the worst jury ever? Failed your exams? Worry not! Before you fall on your bed and cry yourself to sleep—after posting a cute, frantic-looking selfie on Instagram, of course (hashtag so dead)—take a look at this list of nine celebrated architects, all of whom share a common trait. You might think that a shiny architecture degree is a requirement to be a successful architect; why else would you put yourself through so many years of architecture school? Well, while the title of "architect" may be protected in many countries, that doesn't mean you can't design amazing architecture—as demonstrated by these nine architects, who threw convention to the wind and took the road less traveled to architectural fame.

The man labeled “the greatest American architect of all time” by the American Institute of Architects in 1991, funnily enough, did not possess an architecture degree, although he was awarded an honorary doctorate of fine arts by his former school when he was in his late eighties. A combination of familial circumstances and a disenchantment with the education system—Wright would go on to call it “a trampling of the herd” in 1956—led him to drop out of the University of Wisconsin at Madison in 1887, after just a year of studies in the civil engineering course. He moved to Chicago instead, to gain real-world experience as an assistant to architect J.L. Silsbee. While working under his supervision, Wright took a chance and applied for a job at Adler & Sullivan, which led to a six-year-long apprenticeship at the prestigious firm. Here, Louis Sullivan provided the bedrock of Wright’s instruction in architecture, before he established his own practice in 1893. While his long career was marked by scandal and tragedy, Wright’s contribution to American architecture and his mainstream popularity remains unparalleled. He continued, though, to harbor a skeptical opinion of formal education, as evidenced by his observation in 1955 that “Education, of course, is always based on what was. Education shows you what has been and leaves you to make the deduction as to what may be. Education as we pursue it cannot prophesy, and does not.”

Wright’s “lieber meister” Louis Sullivan, had an erratic, if varied, formal education. The wunderkind and creator of the credo “form ever follows function” graduated high school at sixteen years of age in 1872, and was accepted into the Massachusetts Institute of Technology, the sole American architecture school at the time. Impatience caused him to withdraw at the end of the year, and next came two brief apprenticeships: First, under architect Frank Furness in Philadelphia, and the second, under architect-engineer William Le Baron Jenney, a prominent figure in the development of the Chicago School of architecture. In the summer of 1874, Sullivan sailed to Europe and enrolled at the influential École des Beaux-Arts, Paris, where he again just stayed a year, making short excursions to Florence and Rome meanwhile. After returning to Chicago in June 1875, he worked briefly as a draughtsman with several firms, before joining future partner Dankmar Adler’s office in 1879. His fourteen-year association with Adler produced more than hundred buildings, characterized simultaneously by a modern, yet ornamented aesthetic. While he wrote extensively on architectural theory and philosophy, he shared Wright’s disdain for formal education. "How strange it seems that education, in practice, so often means suppression: that instead of leading the mind outward to the light of day it crowds things in upon it that darken and weary it," he noted in 1894.

The Swiss architect and urban planner was on his way to learn his father’s trade of enameling and engraving watchcases, enrolling at the age of 15 in the École des Arts Décoratifs in his hometown of La Chaux-de-Fonds in the Swiss Jura Mountains. Three years later though, his art history teacher, Charles L’Eplattenier, insisted that the boy should become an architect instead and helped to secure his first practice on local projects. On his advice, the young Corbusier also traveled extensively across Europe between 1907 and 1911, to cities such as Athens, Venice, Vienna, and Munich, while apprenticing briefly in several architectural offices: Auguste Perret in Paris (1907), Josef Hoffmann in Vienna (1908), and Peter Behrens in Berlin (1910-11). He returned home in 1912, to teach alongside his master and open his own architectural practice, before eventually moving to Paris in 1917.

The man who coined the aphorism “less is more” was born to a modest stonecutter's family in Aachen, Germany, which meant he had little opportunity for formal education. Following early apprenticeships as a brick mason while in trade school, Mies worked for a number of Aachen architects sketching outlines of architectural ornaments, a task that helped refine his drawing and drafting skills. He moved to Berlin in 1905, at the age of nineteen, to work for an architect, but left his job to apprentice for Bruno Paul, a leading furniture designer of the time. The impressive execution of his first independent commission in 1907, the Riehl House, prompted Peter Behrens to offer Mies a job in his office. His four-year association with Behrens, a leading member of the Deutscher Werkbund, helped him forge ties with like-minded artists and craftsmen, who advocated “a marriage between art and technology.” By the time he left Behrens' office in 1912, Mies had come into his own, successfully handling independent commissions of private houses for Berlin’s elite.

Widely considered to be one of the greatest minds of our times, Fuller had a rocky relationship with formal education. The man who popularized the geodesic dome was expelled from Harvard University not once, but twice, never to graduate. He revealed his circumstances in a 1961 lecture as he spoke at length: “My father died when I was quite young, and though my family was relatively poor I had come to Harvard from a preparatory school for quite well-to-do families. I soon saw that I wasn’t going to be included in the clubs as I might have been if I had been very wealthy or had a father looking out for me, for much of the clubs’ membership was prearranged by the clubs’ graduate committees. I was not aware up to that moment that there was a social class system and that there were different grades of citizens. I became panicky about that disintegration of my idealistic Harvard world, went on a pretended lark, cut classes, and was fired. Out of college, I went to work and worked hard. In no time at all, reports went to Harvard that I was a good and able boy and that I really ought to go back to college; so Harvard took me back. However, I was now considered a social maverick, and I saw none of my old friends; it hurt too much. Again I cut classes, spent all my year’s allowance, and once more was fired. After my second firing, I again worked very hard. If World War I hadn’t come along, I am sure the university would have taken me back again, and I am sure I would have been fired again. Each time I returned to Harvard I entered a world of gnawing apprehensions, not an educational institution, and that was the problem.”

The Pritzker Prize-winning Mexican architect, whose work has been called minimalist, emotional, and mystic, attended the Escuela Libre de Ingenieros (Free School of Engineers) in Gaudalajara, Mexico, graduating with a civil engineering degree in 1923, while he continued working towards an architecture degree that he would never gain. On a visit to the 1925 Exposition Internationale des Arts Decoratifs, Paris, he became acquainted with the published works of French landscape architect and illustrator Ferdinand Bac: Six years later, Barragán met Bac and Corbusier on another visit to Europe, two architects who would eventually have a profound influence on his work.

The Italian enigma, known for his distinct approach to design and building, attended the Royal Academy of Fine Arts, Venice, from where he graduated with a non-professional Professor in Architectural Drawing diploma in 1926. Refusing to sit the required professional exam, he was therefore restricted from practicing architecture without associating himself with another architect. He began his career at the Royal Superior Institute of Architecture, Venice, teaching architectural drawing, before going on to serve as the art director at Venini Glass Works in Venice from 1932 to 1947. It was only after the Second World War that Scarpa received recognition as an architect, most notably for the 1964 renovation of the Museo Castelvecchio in Verona, Italy.

The Japanese Pritzker Prize-winning architect began as a professional boxer in Osaka, Japan, before a study of his mathematics teacher and local carpenters sparked his interest in architecture. “These two elements—math and carpentry—converse in architecture. That was my starting point,” he told Surface Magazine in an interview in 2015. Ando couldn’t afford university education, so embarked on a long journey of self-education: reading books, attending night classes, visiting buildings in Japan and overseas and studying them. “I had to think and act by myself. I’m from Osaka, which is located about half an hour from Kyoto and Nara. Every Sunday I made a point to go out and look and study the old buildings in the region,” he explained. After a host of informal apprenticeships, Ando, in 1969, opened his own architectural firm at the age of twenty-eight.

The 2009 Pritzker Prize laureate, born in Basel, Switzerland to a cabinet-maker, followed in his father’s footsteps and apprenticed with a local cabinet-maker for four of his teenage years. He continued his design education at the Basel Arts and Crafts School (1963-67), where teachers from the Bauhaus taught him, as he explained to New York Times Magazine “all the basics of design, the craftsmanship of drawing and looking, of mixing colours, white space and negative space — form, line and surface.” This was followed by a short stint at New York’s Pratt Institute, where Zumthor studied industrial design; He subsequently returned to Switzerland in 1967, receiving employment in the Department for the Preservation of Monuments, in Graubünden. It took him another twelve years to establish his own practice in Haldenstein, but Zumthor takes pride in the fact that he never earned an architecture degree. “It’s all talk these days,” he complained in his 2011 interview with New York Times Magazine. “Mies van der Rohe and Le Corbusier came from a tradition in which architects still knew how things were made, how to make things well. We should force universities to train carpenters and woodworkers and leather workers. Architects all want to be philosophers or artists now. I’m lucky to have had my education, because in the States, especially, you’ve lost contact with the real business of building.” 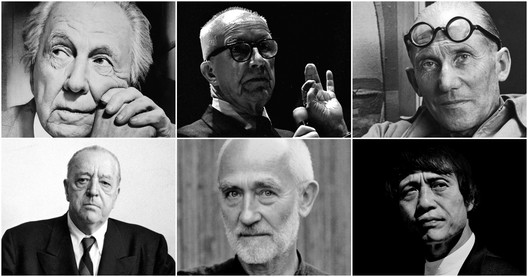