Save
Barcelona's Meteorology Center by Álvaro Siza, Through the Lens of Fernando Guerra

In this photoset by Fernando Guerra, the photographer turns his lenses to a little-known project by Portuguese architect Álvaro Siza Vieira, Meteorology Center in Barcelona.

Located on the Paseo Maritimo in Barcelona the center was built for the 1992 Olympic Games. It served as the headquarters for the meteorologists who forecast the weather during the outdoor Olympic events, such as the races. The center also housed the press group during the Olympics. Currently, the upper floors of the building are the headquarters for the Department of Meteorology, while the lower levels are used by the Port Authority, both with independent access.

Build from concrete and bricks, the building recedes a little from the ocean on the coastal boardwalk. Its cylindrical shape stands out in the surroundings, showing eight deep radial openings that accommodate terraces and small courtyards. Although it appears to be a closed volume, an open central patio nine feet in diameter, provide the illumination for the interior spaces. Marking the entrances, the architect made two straight subtractions in the pure volume parallel to the ocean, creating small swings and covered spaces.

See the full photoset below: 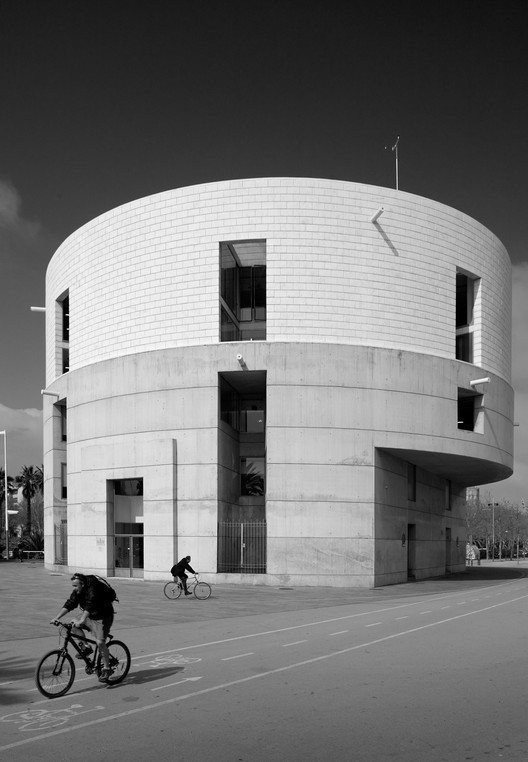