The Government of the United Kingdom and competition organizer Malcolm Reading Consultants have announced the ten architect teams selected to envision designs for the new National Memorial to the Holocaust, to be located next to the UK Parliament. Designs will encompass a “striking” new National Memorial in Victoria Gardens, as well as a possible below ground Learning Center.

The 10 shortlisted teams were selected from nearly 100 entries from teams across the globe by a jury made up of notable figures in British culture, religion and architecture, including Director of Stanton Williams Architects, Paul Williams; former Serpentine Galleries Director Dame Julia Peyton-Jones; and National September 11 Memorial and Museum Director, Alice M Greenwald.

The shortlisted teams are as follows:

An exhibition of the ten conceptual designs will be on display in central London and select locations around the UK beginning in January 2017, seeking views and comments from all communities across the UK. The winning team will be selected by the independent jury chaired by Sir Peter Bazalgette, Chair of the United Kingdom Holocaust Memorial Foundation and the ITV Board.

“These teams are challenged with creating a vision for the Memorial which sensitively reflects the loss of life and humanity during the Holocaust. But it must also speak to everyone, with an unwavering commitment against all hatred and intolerance. The design will inspire people of all ages and backgrounds to commemorate and learn,” said Bazalgette.

The complete jury members include:

To learn more about the project, visit the competition website, here. 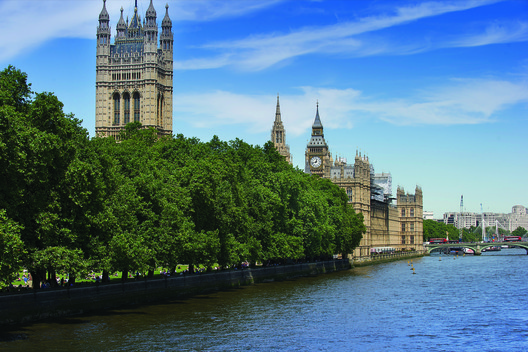