Save
10 Typologies of Daylighting: From Expressive Dynamic Patterns to Diffuse Light
Share
Or
Copy

Sunlight has proven to be an excellent formgiver, with which architecture can create dynamic environments. The lighting design pioneer William M.C. Lam (1924-2012) emphasized in his book “Sunlighting as Formgiver” that the consideration of daylight is about much more than energy efficiency. Architects have now found numerous ways of implementing sunlight and the questions arises whether a coherent daylight typology could be a valuable target during the design process. However, many daylight analyses focus mainly on energy consumption.

Siobhan Rockcastle and Marilyne Andersen, though, have developed a thrilling qualitative approach at EPFL in Lausanne. Their interest was driven by the spatial and temporal diversity of daylight, introducing a matrix with 10 shades of daylight.

Observing daylight, we encounter the possibility of two extremes: direct sunlight, with clear blue skies and the diffuse cloudy sky as a counterpoint. They both lead to very different feelings and associations. Direct sunlight creates an intense modelling with harsh shadows and its direction during the course of the day has a major impact. Hence, our environment seems to be very diverse with the duality of light and shadow. Simultaneously the brightness of the blue sky has a very activating effect on us - which is why many people spend their holidays at destinations that guarantee sunshine in order to seek happiness.

But when clouds appear and fill the sky, the brightness decreases significantly and we lose the modelling due to the lack of clear shadows. Subsequently we encounter a dimmed situation of uniformity and calm. Such conditions settle our mind because we are not stimulated by diverse and dynamic surroundings.

Within the EPFL research study Siobhan Rockcastle and Marilyne Andersen analysed numerous examples of contemporary architecture with regard to the spatial and temporal variability of daylight. Their conclusion led finally to a typological categorization with 10 categories ranging from direct exaggerated patterns to indirect and diffuse spaces. In this way an analogy occurs to the two extreme weather situations of direct sunlight and cloudy sky. For a brief overview, here we will explore the three major groups of high contrast, medium and low contrast rooms.

A dramatic and even exaggerated daylight pattern design emerges with top- and side-lit spaces like Norman Foster's Kogod courtyard at the Smithsonian Institution, the Seattle Central Library by OMA or the Zollverein School by SANAA. The distinct façade structures create intense shadow patterns which move constantly during the day. The large, clear glass elements in the façade create high brightness levels that seem almost as bright as outside. When the façade openings are smaller, a screen façade leads to similar effects but with a finer pattern design. The Louvre Abu Dhabi by Ateliers Jean Nouvel is an excellent example of a screen technique with the characteristic Arabic Mashrabiya.

The medium contrast category uses partially or selectively direct light in combination with indirect daylight. These spaces avoid both extreme contrasts over time and a dull atmosphere. Mies van der Rohe worked with large side-lit glass panes for his Farnsworth House with minimal obstructions in the forms of additions like louvers. The changes over the day are clearly visible, but they stay away from striking shadow patterns. Peter Zumthor's Therme Vals represents a remarkable compromise of selectively direct light. The powerful grazing light effect contributes a characteristic contrast but the pattern does not change that much during the day like at the Seattle Central Library. Daniel Libeskind's Imperial War Museum is a similar example of playing with lines of daylight in the interior space to build up a certain mood.

The third category comprises modes of indirect diffuse lighting and thereby eliminates intense contrasts and changes over time. Steven Holl's daylight softly elevates the Chapel of St. Ignatius into a sacred space with several bottle-shaped tubes dispersing the light. A more deliberate solution regarding indirect lighting has emerged with buildings where the entire roof consists of daylight scoop grids against direct sunlight, such as in Renzo Piano's High Museum in Atlanta. However, the ultimate example of a diffuse atmosphere derives from projects like Shigeru Ban's Naked House. Here the diffuse walls stretch from ground to ceiling and grant the feeling of floating in a cloud. Due to the large luminous vertical surfaces hardly any shadow is left for modelling.

The value of the daylight typology by Siobhan Rockcastle and Marilyne Andersen with their two factors of contrast and dynamic impact lies in emphasizing daylight as a spatial quality beyond energy-driven metrics. This approach could evolve into a useful classification to reflect the qualities of daylight in daily design work. The three main groups, ranging from direct exaggerated to indirect and diffuse, enable a quick overview for the concept stage, whereas the 10 categories allow a more differentiated evaluation for the advanced design process. Additional simulations with simplified spatial models even open a path to generate year-round renderings in order to study the variability over time in more detail. Thereby, we would speak less about average values but more about the dynamic composition of light and shadow in the space.

Light matters, a monthly column on light and space, is written by Thomas Schielke. Based in Germany, he is fascinated by architectural lighting and works for the lighting company ERCO. He has published numerous articles and co-authored the books “Light Perspectives” and “SuperLux”. For more information check www.arclighting.de or follow him @arcspaces. 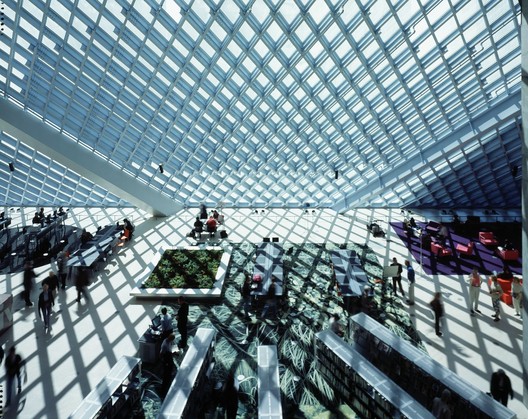