This article was originally published on April 21, 2016. To read the stories behind other celebrated architecture projects, visit our AD Classics section.

Although Zaha Hadid began her remarkable architectural career in the late 1970s, it would not be until the 1990s that her work would lift out her drawings and paintings to be realized in physical form. The Vitra Fire Station, designed for the factory complex of the same name in Weil-am-Rhein, Germany, was the among the first of Hadid’s design projects to be built. The building’s obliquely intersecting concrete planes, which serve to shape and define the street running through the complex, represent the earliest attempt to translate Hadid’s fantastical, powerful conceptual drawings into a functional architectural space. 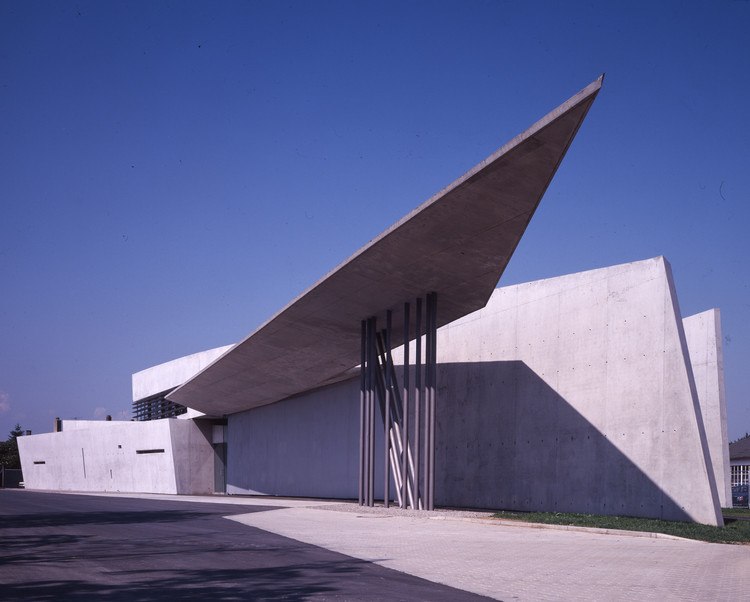 The Vitra Campus is a vast complex comprising factories, showrooms, and the Vitra Design Museum. Since the original factory’s destruction by a fire in 1981, Vitra has commissioned replacement structures by renowned architects from around the world: buildings by Frank Gehry, Tadao Ando, Alvaro Siza, and several other notable designers all stand within the same estate. After a bolt of lightning caused a fire that burned more than half the factory campus in a single night, Vitra was determined to prevent a similar disaster from destroying its new campus.[1,2]

Hadid was initially tasked only to design the fire station itself. The project, however, would eventually expand to include boundary walls, an exercise space, and a bicycle shed. These elements were to sit along a bend in the main road running through the Vitra Campus. The street—and by extension, the new fire station—was designed to act as a linear landscaped zone, one that would reference the layout of the surrounding farmland.[3]

It was the road, as well as the factory sheds surrounding the site, that would inform the rationale of Hadid’s proposal. As envisaged by Hadid, the Vitra Fire Station would do more than simply exist as an object in space. Rather, she used the building to define and structure the street on which it faces. It would also serve to shield the campus from its incongruously traditional, vernacular neighbors.[4]

These design intentions resulted in a long, narrow structure that stretched the program along the edge of the street. The building itself is composed of a series of linear concrete walls and roof elements, with the program fitted into the interstitial spaces between them. The walls, which appear as pure planar forms from the outside, are punctured, tilted, or folded in order to meet internal requirements for circulation and other activities.[5]

The planes which form the walls and roof are formed from exposed, cast in-situ concrete. Hadid specified that the visual purity of these elements was to be strictly maintained; roof cladding and edging, which would have distracted from the otherwise crisp edges of the concrete, was avoided. This conspicuous visual simplification was carried through in every aspect of the building, from the frameless glazing down to the lighting treatment in the interiors; the very lines of light that permeate the fire station are logical and straightforward.[6]

By insistenting on aesthetic simplicity, Hadid intended to highlight the highly conceptual nature of the design. Excessive detail would detract from the abstraction of the building’s prismatic concrete volumes, reducing the impact of the concept itself.[7] The result is a highly sculptural building, and one which resembles the paintings for which Zaha Hadid was already well-known by the time she was commissioned. Her paintings, while considered beautiful enough to be exhibited in art museums, were widely considered too avant-garde to be translated into physical architecture; it is unsurprising, then, that one of her first major projects to make that step would hew so closely to its conceptual roots.[8]

The building, as in her paintings, carry a powerful sensation of movement. The impression of the building changes dramatically as one moves past it – the walls, which are visually impenetrable from oblique angles, suddenly afford a view to the inside of the garage as one approaches a perpendicular angle. Lines inscribed in the pavement reflect the movement of the building’s intended occupants: tracks curve out of the garage meant to house fire engines, while other paths hint at the choreographed exercises of the firemen. Even the walls of the building seem poised to slide past each other; in the case of the garage, two large panels actually do.[9]

The resulting impression is that of “frozen movement.”[10] It is a fitting architectural mood for a fire station, which must remain on constant alert; the design reflects that tension, as well as the potential to burst into action at any given moment.[11] With as much effort as Hadid put in to represent the nature of a fire station, it is ironic that her design saw no real service in that role – instead, it is now used an exhibition and special event space.[12,13]

Although the Vitra Fire Station would ultimately come to serve a different function than it was originally designed, it nonetheless represents a significant milestone in the career of Zaha Hadid. In realizing her proposal, the Iraqi-born British architect proved that she was capable of moving past her reputation as a “paper architect” to create architectural space that was as functional as it was radical.[14] Though Hadid would spend the next twenty three years producing revolutionary architecture, her Vitra Fire Station remains one of her most notable projects – one that stands out even in Vitra’s assemblage of exceptional architectural projects. 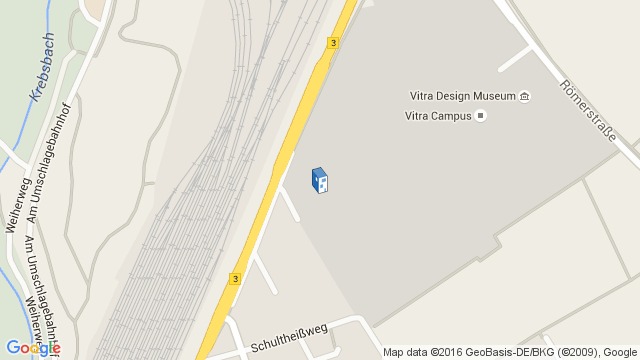 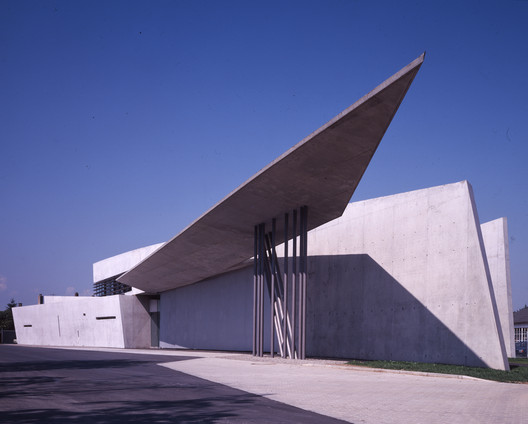