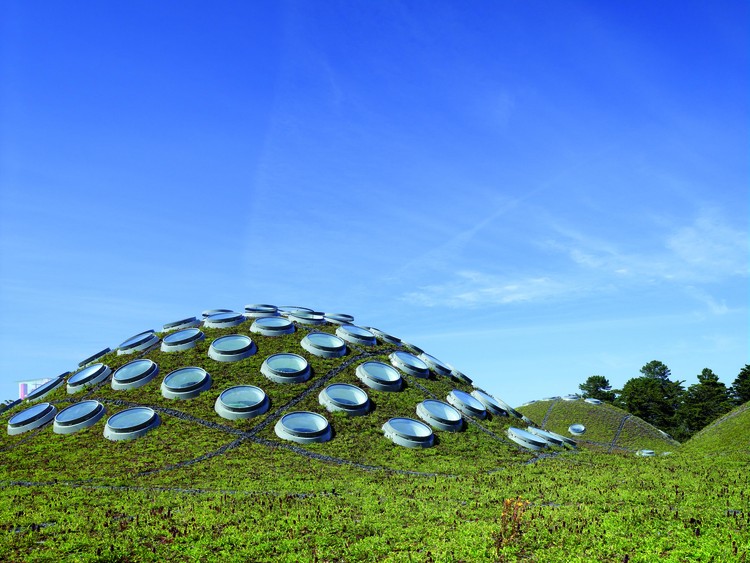 Text description provided by the architects. Designing a great cultural and scientific institution in San Francisco, a city with a strong collective vocation for the environment, also meant finding a language that expressed this shared vision of the present in an immediate way. Through the evocative spaces of the Museum of Natural History, the large green roof that breathes and the successful coexistence of outreach activities and research, the new headquarters of the California Academy of Sciences wanted, using architecture, to convey their passion for knowledge of nature and the fact that the earth is fragile.

The California Academy of Sciences was founded in San Francisco in 1853. It is one of the most prestigious institutions in the US, and one of the few institutes of natural sciences in which public experience and scientific research occur at the same location.

Following the widespread destruction of the Academy buildings by the Loma Prieta earthquake in 1989, a consultation for this new building was held. Today’s Academy sits on the Golden Gate Park site of its predecessor, which was comprised of 11 buildings built between 1916 and 1976 and grouped around a central courtyard. Of these buildings, three have been conserved within the new project: the African Hall, the North American Hall and the Steinhart Aquarium. The new building has maintained the same position and orientation as the original, all the functions laid out around a central courtyard, which acts as entrance lobby and pivotal centre to the collections. This connection point is covered by a concave glass canopy with a reticular structure reminiscent of a spider’s web, open at the centre.

Combining exhibition space, education, conservation and research beneath one roof, the Academy also comprises natural history museum, aquarium and planetarium. The varied shapes of these different elements are expressed in the building’s roofline, which follows the form of its components.

The entire 37.000 sq. m complex is like a piece of the park that has been cut away and lifted 10 m up above the ground. This “living roof” is covered with 1,700,000 selected autochthonous plants planted in specially conceived biodegradable coconut-fibre containers. The roof is flat at its perimeter and, like a natural landscape, becomes increasingly undulating as it moves away from the edge to form a series of domes of various sizes rising up from the roof plane. The two main domes cover the planetarium and rain forest exhibitions. The domes are speckled with a pattern of skylights automated to open and close for ventilation.

The soil’s moisture, combined with the phenomenon of thermal inertia, cools the inside of the museum significantly, thus avoiding the need for air-conditioning in the ground-floor public areas and the research offices along the facade.

Photovoltaic cells are contained between the two glass panels that form the transparent canopy around the perimeter of the green roof; they provide more than 5% of the electricity required by the museum.

The choice of materials, recycling, the positioning of the spaces with respect to the natural lighting, natural ventilation, water usage, rainwater recovery and energy production: all of these design issues became an integral part of the project itself, and helped the museum obtain LEED platinum certification. 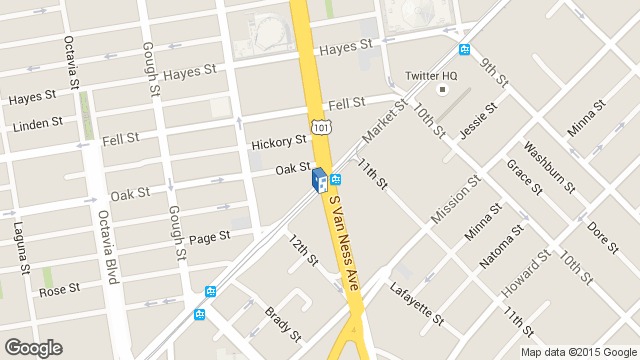 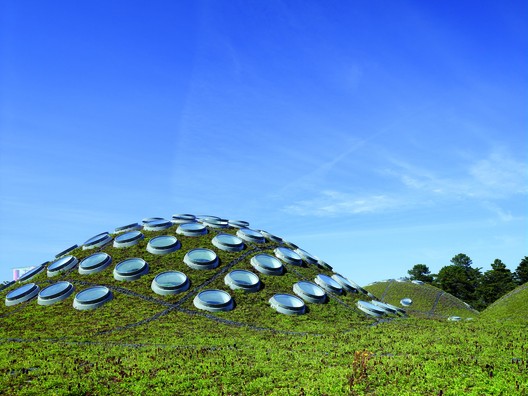