Save
Of Process And Practice: A Conversation With Studio Fuksas
Share
Or
Copy

Founded nearly 50 years ago in Rome, it is difficult to pin down an overarching theme in the work of Studio Fuksas: their designs have been built in North America, Asia and across Europe (with another design planned for Australia); they regularly operate at varying scales, from a colossal trade fair center and an international airport down to a small parish church; and their buildings all demonstrate huge stylistic variety. In this interview from Indian Architect and Builder's April 2015 issue, Massimiliano and Doriana Fuksas discuss the process behind their work, and the role of variation, context and concept in their designs.

Indian Architect & Builder: Did you always want to be an architect? Can you share with us your journey while discovering your commitment towards this field?

Massimiliano Fuksas: No, I never thought I’d want to be an architect. My early aspirations were to become a poet. The beauty of language, various forms of expression and prose always intrigued me. This ambition then evolved in to the desire of being an artist. Architecture was really my last choice. The thought of being an architect occurred to me only when I was around twenty. I was in university when I realized that architecture is probably the easiest and simplest interpretation of art and culture. As I continued my journey in the University of Rome, I began to develop a passion for this multifaceted field of knowledge. It was in my third year of university when I found my fervor for architecture and saw myself as an individual in the practice of architecture; a field that in one or more ways satisfied my earlier ambitions of being a poet and an artist. 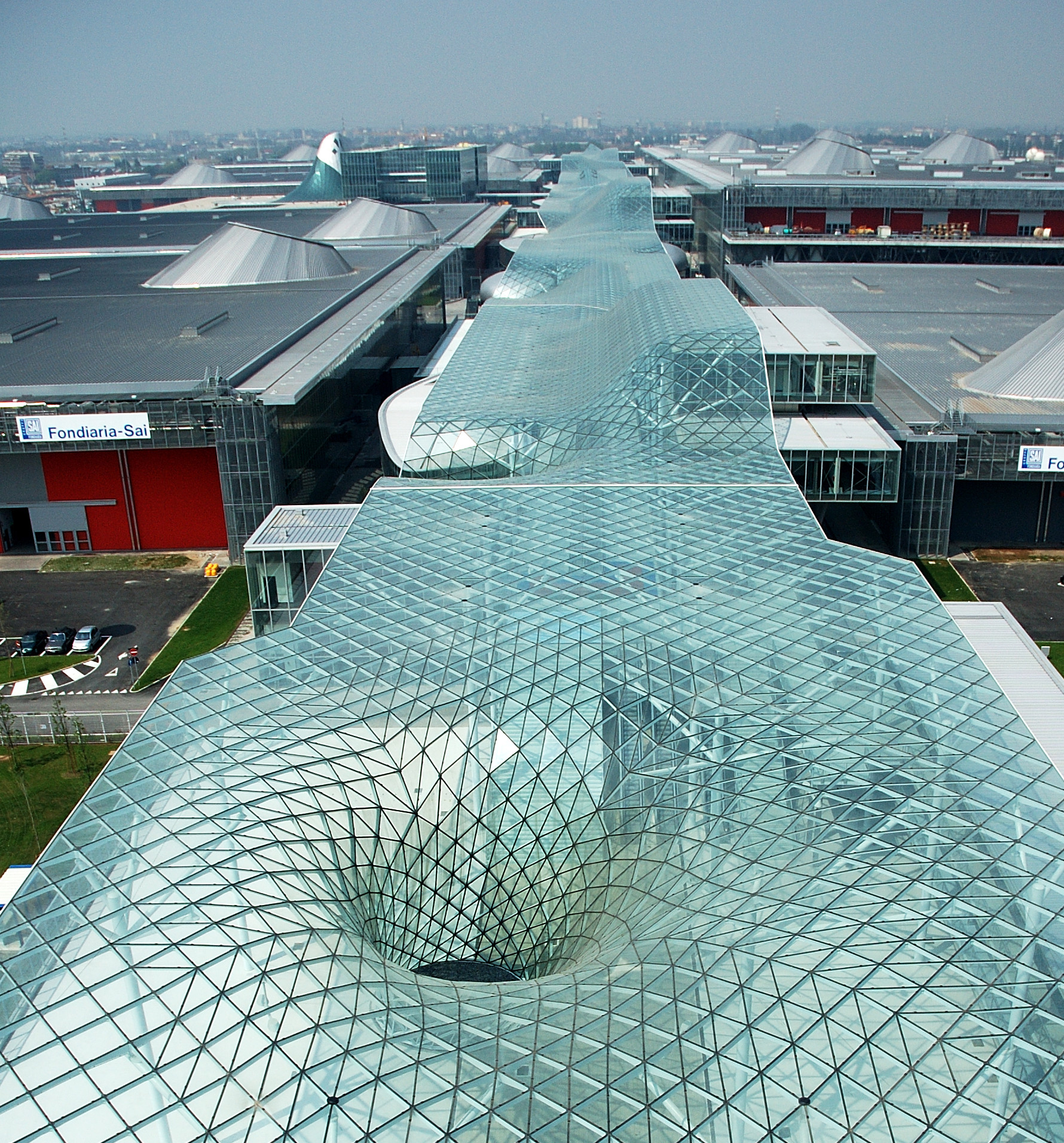 My devotion toward art reflects in most of my work, my concepts and their application. The process of building can start from various notations and objectives. For me it is often a painting that marks the beginning of a concept. And when I don’t paint I make a model. My studio is full of models and formal explorations through model making. Even though we use highly advanced software for the representation of our projects, the germ of any conceptual thought requires a unique method of departure which is personal to the designer; for me that’s art. These become starters for the projects and a way to incorporate emotion with the intention. What we strive to do is to make spaces of positive emotion and a place for people to live comfortably.

IA&B: Looking back over the body of your work there is huge diversity in terms of typology, but also in terms of aesthetics. Given this vast range of language, scale and sheer number of projects, what would you say is your style of architecture?

Studio Fuksas: We do not have a style, at the same time you will identify a ‘Fuksas’ when you see one! We innovate and create our style with every new project we take up.

Each project is different and has its own specific context and background. Nestled in these influences, the building is a response to its surroundings and one defined style cannot be adapted to all the diverse range of site conditions.

I believe that a concept is important but it may not necessarily be the anchor of the design. It is just a starting point of thought, of a language that can be evolved through the process of design. The concept could be a quick sketch or a model that proceeds to the design. It is in the committed journey of all stages, with each stage paying attention to details that responsive architecture can be established.

We try to do projects without any one particular style and change our projects every day. We choose classic materials and rediscover their properties through the forms and detail. What is important is the expression of our ‘style’ through our work, culture and context. Our work aims at understanding facts, context culture and identifying problems. Through a negotiation with these challenges emerge simple forms and varying scales. Lack of a distinct style and the ability to create an entire building out of a quick sketch is what we aim to do at Studio Fuksas; maybe that is our style!

IA&B: You have invested so much thought and energy in your various projects. Your work mediates scales as seen in the New Milan Trade Fair Centre or the San Paolo Parish Church at Faligno. How would you define the evolution of your work?

SF: I think there are multiple ways of approaching architecture. Various factors influence a built form. The context it is situated in, the people looking to inhabit that space, the nature of material to be used; these factors influence the form that materializes. A combination of these elements is what gives rise to a specific architecture and organization.

At Studio Fuksas we don’t restrict ourselves to one thought process or one defined method. The language evolved in every project is characteristic of that particular project. We try to create uniqueness with the combination of various styles and elements. Most of our contemporaries work towards having their distinguished style. We are interested in the synthesis of characteristic elements and their resultant expression in architecture.

Hence, there is no evolution as such. There isn’t a linear path followed to mark a progress. We indulge in all kinds of projects of varying scales and programs. The resultant expression varies but the process sequence often remains constant.

The first stage of a dialectical conflict is when two opposing sides are pitted against each other. If we use concrete in one location, we will experiment will textile elsewhere.

The New Milan Trade Fair Centre was a project realized in just 2 years from conceptual design to the finished building. Every project has its own story and own journey. The Shenzhen Bao’an Airport was the first airport we ever did. The experiments of ideas and forms in that project created a milestone in itself. Architecture should improve people’s lives, particularly those of harried city-dwellers. Buildings should contribute to mood and emotions.

IA&B: If you were to look at one project that represents your ideas and your attempts in architecture, which would it be?

SF: All projects change. They're not static. The process is a combination of research, analysis, experimentation and scrutiny and these evaluations result in the actual built form; the process and the conclusive result are of equal significance. A large amount of inspiration is derived from the site itself. It becomes the environment for the building and for the architect.

The New Trade Fair is made of eight big mono-planar and bi-planar pavilions that, together, make a gross expositive surface of about 345,000 square meters plus 60,000 square meters outdoors. The buildings have got different functions (services, snack points, offices, hotel, commercial gallery, receptions of the pavilions, smaller expositive spaces). This large scale project was realized in just two years since it was commissioned.

Then we went on to design the church in Foglino, Italy. An all cement building that has an area of 1,500 square meters. The parish complex is made up of two main elements that are identified by the functions of the religious center. The first element, the Church, is a monolith of pure geometry which accommodates the suspension of a volume within another, while drawing attention to the sense of verticality. The second element, an extended and short parallelepiped, houses the Vestry, the premises of the Pastoral Ministry and the Rectory. The design of the interior and the lighting bodies evokes the idea of essentiality and purity.

The underlying factor is to constantly change the scale. This gives a revised perspective and a horizon of comparison for all the projects. We started our first studio in Rome in 1967, and added a second in Paris when Doriana partnered in. Our newest branch in Shenzhen, China (the commercial city north of Hong Kong has the nation's second-largest port and a population of more than eight million) was established in 2004.

As our range of projects expands, so does our studio and its strength. Architecture has become an experience. Even walking into a store is an experience. It is no longer geometry and something static. 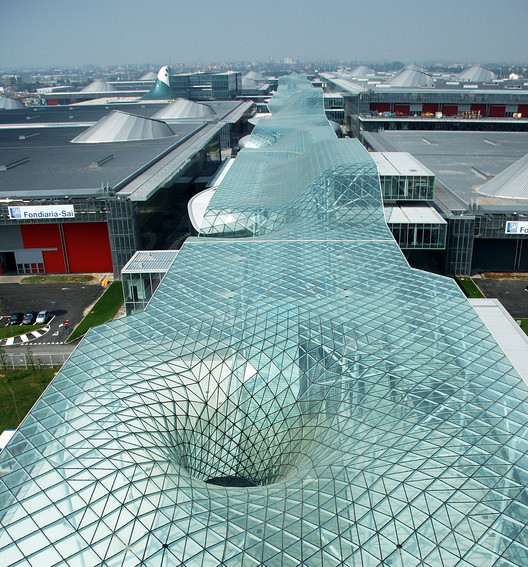