Working since he was 16, Swiss architect Mario Botta (April 1, 1943) has become a prolific and well known crafter of space, designing a huge array of places of worship, private homes, and museums, perhaps most notably the San Francisco Museum of Modern Art and the Church of San Giovanni Battista in Mogno, Switzerland. His use of traditional masonry over the streamlined steel and glass of so much modern architecture creates strong, self-confident buildings that pull together the contrast between the weight of his materials and lightness of his designs.

Studying architecture in the Italian cities of Milan and Venice, Botta began his professional career working under giants of modernism such as Louis Kahn and Le Corbusier himself, whose religious buildings at Ronchamp, among others, influenced the goals of Botta.

Botta is most well known for his museums; attracting international attention for the San Francisco Museum of Modern Art in the 1990s. Museums are perfectly suited to Botta's geometrically pure, counter-intuitively light style of design and his ability to draw on the deep classical traditions that ran through western architecture—honed after nearly 50 years of continuous work that shows little sign of slowing, with his projects in more recent years including the Bechtler Museum of Modern Art in Charlotte.

As such, his reputation as an architect of traditional materials is impressive, something only helped by his keen ability to recognize and incorporate vernacular styles of the area into his work, while still keeping the building recognizably distinct. He has worked on projects across the world, from Tel Aviv to San Francisco, and most recently has expanded into Asia.

See ArchDaily's articles about the work of Mario Botta via the links below:

Ando, Botta & Glancey on the Dream of Venice, Photographed by Riccardo De Cal 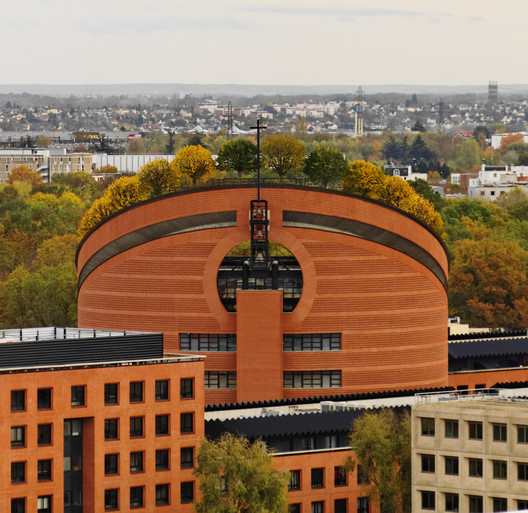