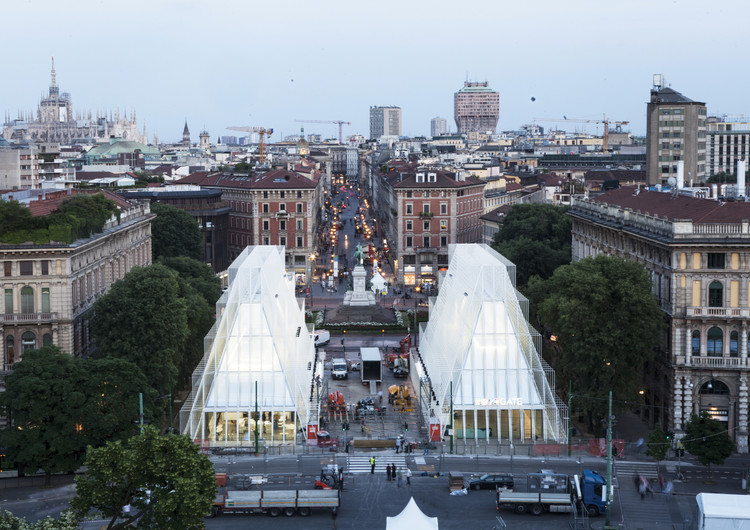 Expo gate is a place where the articulation of the days left to the opening event becomes an occasion to talk about growth and evolution. The calendar of the events, the regular transformation of the space and the structures are introducing the vitality of Expo 2015.

The project proposes an open plate, a free space characterized by a central square and two tollbooths –like pavilions on the side: a gate access to Expo. The structures on the outside are thought to welcome different types of communication: images, banners, flags, light graphics can transform periodically or build a temporality creating thus a different connection with time.

The context as value

The work aims at that axial system which goes from the Duomo through the passage of the Loggia dei Mercanti and the Palazzo della Ragione and then along via Dante which leads to the Arco della Pace on the path of the Sempione road. For this reason the work, with its internal empty space and the two pavilions is of great communicative impact considering also its strategic position. Besides creating a complimentary relation with the context, it aims at highlighting the monumental features creating a gate, an access to a precise urban dimension. An access gate to Expo which is a physical space to provide information.

The work will be carried out according to principles of lightness, transparency, modularity – these are features that aim at a language of great reticular and aerial volumes. It is an aesthetics of lightness and of slim bodies. Gothic architecture and water gushes. The choice of the project is that of belonging to an horizon of reference linked to sustainability and intelligence and constructive economy. A simple system realized with elementary technologies and materials which are entirely recyclable, easy to realize, and easily reconvertible.

The main square proposes itself as a reconfigurable empty space and can host different events, manifestations and staging outdoors and indoors before, during and after the Expo. The international exhibition involves the city and it transforms it. The vitality of such an event must be represented by a clear simple emblematic shape which pays attention to the activity and to the events pointing them out without exaggeration. Simple forms, able to last in the time and express innovation and power.

The work has a slim nature, such as the water gushes of the great monumental fountain facing the project and the ambitious arches of the Duomo. The two pavilions create a decorative system of fountains at the base of the 15th-century tower. A monumental design completed with an urban harmony a new public square. The works divides into two parts and let the public space enter within its internal part and involve it into an urban complex system. The two pavilions naturalise with the space surrounding it. Covering the area becomes fluid and natural. The relation with the products is spontaneous.

The pavillions, structure and essence

The work is a great complex tool obtained as a sum of simple elements. The main frames are in metal, the gates are made up of five reticular pieces of pipes welded and linked with polished knots. The external part of the frames becomes the support tool for the communication part. The products are thought to be easily reused for other public functions. The plans are neutral and their relation between outdoors and indoors emphasized by a single plate which involves the paving of the square, sidewalks, and internal spaces. The two covers are an urban extreme interpretation of the Convention hall by Mies van der Rohe. 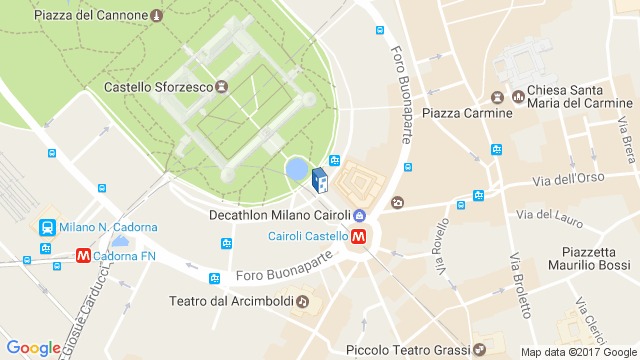