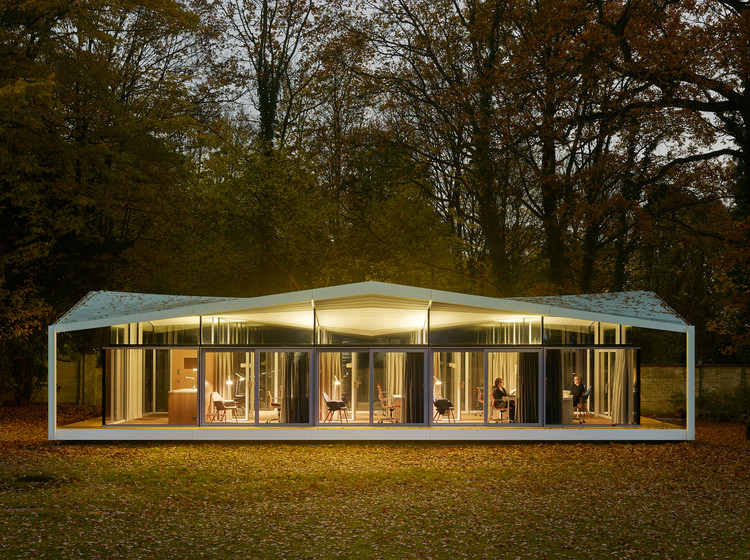 Text description provided by the architects. The American Academy in Berlin, founded in 1994 by Richard C. Holbrooke, Henry A. Kissinger, and Richard von Weizsäcker, is a vital and growing center for residential fellowships for American scholars, writers, policymakers, and artists, among them alumni Arthur Miller, Jonathan Franzen, Jenny Holzer, Jeffrey Eugenides, Hal Foster, and Jonathan Safran Foer. The Academy is housed in the Hans Arnhold Center, a picturesque 19th-century villa on a large parcel of land directly on the Wannsee.

The success of the Academy’s program has led to a dearth of available space, so plans for a garden pavilion were initiated to provide more study space for resident fellows. A disused bathhouse, located on the left side of the Academy’s expansive yard and nestled along an old masonry wall, provided the ideal site. An existing sculpture by Georg Kolbe, “Verkündigung” (1937), gestures to this new pavilion, recalling Kolbe‘s “Der Morgen” (1925) at Mies van der Rohe‘s Barcelona Pavilion.

Reminiscent of earlier practice prototypes—such as the “Loom Hyperbolic” installation at the 2012 Marrakesh Biennale—as well as the history of 20th century pavilions, Barkow Leibinger conceived a lightweight glass and steel structure. Central to the enclosed space of seven study carrels and a small kitchen is a roof of steel beams that forms a double-curved surface, which appears to float over the lower spaces.

The form of the pavilion’s roof is a result of “ruled geometry”: offset straight lines rotated to produce four hyperbolic paraboloids, a shape that is both abstract and familiar, since it reflects, if only in elevation, the gabled roof of the historical villa. The distinctness of the pavilion is further enhanced by both its seeming to “float” above the garden’s green lawn, and its dominant white color. LED lighting, located at the top of the carrel walls, further emphasizes this effect at night by illuminating the ceiling, which appears then to float above the structure itself.

The roof is supported at the corners by four I-beam columns, which also serve as rainwater drains. An oak-plank-clad steel platform sits slightly above the ground and is the primary surface for both exterior and interior spaces. A glass façade of sliding doors and glazing sits back from the building’s perimeter, which creates a continuous porch area around the entire structure and allows for increased transparency into and from the pavilion.

Inside, the 7m2 study spaces are divided by ceiling-high walls, constructed of glass, oak, and steel. The individual spaces open to an internal corridor via glass doors, and into the garden area via large glass sliding-doors, which may be shuttered by curtains for privacy. Each office is outfitted with built-in metal shelves, drawers, and a desk, complemented by freestanding furniture from Vitra. The three-layer glazing, floor and wall heating, and well-insulated floors and roof contribute to the energy efficient structure.

“A pavilion is neither a building nor exclusively an experiment. It hovers between the speculative and the pragmatic. For us, it is a provocative vehicle (prototype or sample) for testing the limits and capacities of speculative work. It gives direction to work that might remain latent but incomplete. A pavilion, here acts as a gauge or filter to both legitimize and understand the value of our research.” 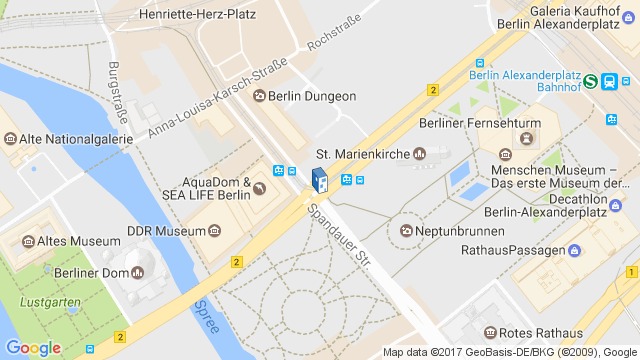