It is now just over a year since the unveiling of Zaha Hadid's Al-Wakrah Stadium in Doha, Qatar, and in the intervening twelve months, it seems like the building has never been out of the news. Most recently, remarks made by Hadid concerning the deaths of construction workers under Qatar’s questionable working conditions created a media firestorm of legal proportions. Hadid’s stadium has been widely mocked for its ‘biological’ appearance, not to mention the fact that the 2022 World Cup in Qatar, for which the stadium will be built, has encountered a storm of controversy all of its own.

The criticism surrounding Al Wakrah has prompted us to look far and wide for the world’s most debated buildings. Could Al Wakrah be the most controversial building of all time? Check out ArchDaily’s roundup of nine contenders after the break.

Find out which buildings top our controversial list after the break

“The whole idea of tearing the building down, it’s like killing a child… I don’t know how to react to that,” said architect Michael Graves in a recent discussion on the future of The Portland Building, the first major Postmodern construction in North America. The building has been at the centre of heated debate for decades on the validity and usefulness of Postmodernism in a functional context. Commissioned by the City of Portland as a civic building, The Portland Building received heavy criticism for its ‘more is more’ quasi-classical design and closed-plan interior.

Designed by New York Five member Michael Graves, the building aimed to celebrate the residents of Portland, but enraged them instead. Plagued by the miniscule budget and overblown program requirements, Graves conceived a building clad in giant red columns alternating with soaring blackout windows, leading to decorative ribbons reminiscent of beauty pageants. Graves reportedly won the bid for the project thanks to his under-budget proposal and adherence to the city’s requirement of tiny repetitive windows along the exterior. Thirty-two years later, the building is in dire need of renovation with costs assessed at $95M over two years. City officials continue to deliberate on the future of the Portland Building.

“My client is not in a hurry,” Spanish Architect Antoni Gaudi famously said describing his work on Barcelona’s iconic Roman Catholic basilica, la Sagrada Familia. The basilica is the world’s longest running construction project, now in its 132nd year – funded completely by private donations to the tune of €25M ($31.3M USD) annually. Construction began in 1882 but came to a grinding halt in 1926 after Gaudi’s sudden death by streetcar in central Barcelona, launching ethical dilemmas on whether the project would be completed. Nearly 100 years after Gaudi’s death, a series of architects have been executing a facsimile of the original plans despite the complete destruction of the building’s original drawings at the beginning of the Spanish Civil War.

Beginning in the 1960s, numerous prolific architects including Le Corbusier and Alvar Aalto launched unsuccessful campaigns to modernize Gaudi’s designs, suggesting his work had become dated and irrelevant. The project's architects are currently projecting a completion date of 2026 to mark the centenary of Gaudi’s death, 144 years after construction began.

Built adjacent to Golibar slum in central Mumbai, this 27-storey tower is home to a single family and currently holds the title of the world’s most expensive private residence, clocking in at a record $1B USD. Owned by the fifth richest man in the world, Mukesh Ambani, the home was designed cooperatively by American firms Perkins + Will and Hirsch Bedner Associates, architects of Mandarin Oriental hotels worldwide. Each floor of the home features a theme-specific set of rare, opulent materials sourced from around the world selected by Mrs. Ambani.

The project has received widespread disapproval from the residents of Mumbai who argue the tower is insensitive and excessive, which seems like an understatement for a house that includes a six-storey parking garage, nine private elevators, and 400,000 square feet of single family residential space.

It was “timid,” “delicate,” “unassertive,” and “feminine,” according to critics opposed to the all-female design and management team for the Woman’s Building at the World’s Columbian Exposition in Chicago. Opened in 1893, the building was dedicated to the successes of women in the arts and crafts, but was dismissed as irrelevant by Daniel Burnham's male-dominated organizing committee. Despite major complaints, the project went ahead as planned under the supervision of architect Sophia Hayden Bennett, the first female graduate of the Massachusetts Institute of Technology.

The building was criticized for its understated “womanly” aesthetic in comparison to flamboyant neighbouring buildings designed by male architects. Led by The Board of Lady Managers, an all-female panel of artists and patrons, the building became the centre of a relentless argument on the necessity of a space dedicated solely to the work of women, and the greater role of women in architecture.

Many Londoners might consider 20 Fenchurch Street an unremarkable address in the winding streets of central London. Unremarkable, that is, until the nickname “The Walkie Talkie” is mentioned, suddenly launching a heated debate on the widespread distaste for the building’s unorthodox (read: hated) design. The curvilinear structure swells from its modest footprint like an overinflated balloon about to burst. Positioned just north of the River Thames and controversially outside the main cluster of towers in the City of London, the “Walkie Talkie” has taken on a life of its own in the press after a series of incidents last year involving the building’s unfortunate tendency to destroy ground-level objects with its "Laser Death Ray" (AKA reflections from the sun).

The building was dubbed the “Walkie Scorchie” after a series of mishaps including one poorly positioned Jaguar sedan with melted exterior panels, one sun-baked shop facade and burnt carpet, many destroyed bicycle seats and numerous experimental fried eggs due to street level temperatures exceeding over 100 degrees celsius. Paul Finch, a vehement supporter of the building throughout the planning process, has since publicly voiced his regret for supporting the project, saying the developers “made a mess of it, and are the architects of their own misfortune.”

“It’s the only place in Paris where I can eat and not see that hideous tower,” said Parisian novelist Guy de Maupassant in the late 1880s, describing a café at the foot of the newly built Eiffel Tower. The infamous tower was host to a veritable avalanche of criticism by Parisians of all stripes who argued the tower would blight the city's elegant low-rise roofscape that had resulted from the 19th century Haussmann plan. Widespread anti-tower campaigns littered Paris’ arrondisements, referring to the tower as a “giant black smokestack” and a “truly tragic street lamp.” Satiric renderings featured the head of Parisian civil engineer Gustave Eiffel perched atop the tower as an embodiment of what many believed to be a major mistake by the City of Paris. However, since its opening in 1889, nearly 250 million people have visited the Eiffel Tower.

It was a story of anger, firing, rejection, scandal, overspending, and everything in between. In 1957, Jørn Utzon of Denmark was selected from 232 entries to design the Sydney Opera House. His design was initially rejected by the competition selection committee, but was spared by juror and Finnish architect Eero Saarinen. The project was granted a mere $18 Million AUD and was promised to be completed in 18 months, but once underway progress was slow and laborious: cranes for the elaborate roofs even had to be custom-built in France and imported to Australia. In 1966, nearly ten years into the project, the newly elected government of New South Wales deemed costs were too high and progress too slow due to Utzon’s insatiable perfectionism. Utzon was ousted from the project by the new Director of Public Works Davis Hughes, ceasing construction, terminating his salary and freezing budgets on the project.

Australian architect Peter Hall replaced Utzon, significantly altering the original winning design for the building. Costs ballooned to $102M AUD under Hall’s supervision, with an additional delay of almost 10 years – the project took 16 years to complete. Utzon never visited the finished structure, but received a formal apology from the Opera House in 1999.

Zaha Hadid has been lampooned over her controversial work on the Al-Wakrah Stadium in Doha, one of five currently under construction for the 2022 Fifa World Cup. Initial criticisms revolved around the design of the stadium and its yonic appearance, but the stadium has since been caught up in controversy surrounding the working conditions for migrant workers involved in the many significant projects for Qatar's World Cup. Over 1,000 workers have reportedly died while constructing the world cup facilities, and when asked if she would be taking any action regarding working conditions when her own project starts, Hadid famously stated: “It’s not my duty as an architect to look at it.”

Fifa has promised to monitor working conditions in Qatar, but has recently come under fire itself for alleged corruption during Qatar's world cup bid, causing some to suggest that the cup would be awarded to a different country to avoid problems caused by Qatar's extreme heat. Progress continues on Hadid’s controversial stadium despite swaths of criticism from government officials, critics, and notable architects.

Described as “hell on earth” by one occupant, Pruitt-Igoe is the most notorious failure in the history of public housing. It was one of the largest residential projects in the United States during its tenure from 1954-1972, but was never fully occupied due to rampant racism and the ensuing "white flight" after the desegregation of Missouri public housing in 1956.

Contemporary critics accused Pruitt-Igoe of being inherently prison-like, causing widespread mental health issues for its low-income residents; less than two decades after its completion, the development was deemed unfit for occupation, and was emptied and razed as quickly as the city of St. Louis could manage. However, since its demolition, some of those contemporary studies have been criticized for improper research, with many citing inherent racism in statistical findings. The explosive destruction of Pruitt-Igoe was declared by Charles Jencks as the “death of modern architecture,” and is now utilized as a textbook example for what to avoid in urban design. Pruitt-Igoe is often credited as the leader of the downfall of public housing in St. Louis. 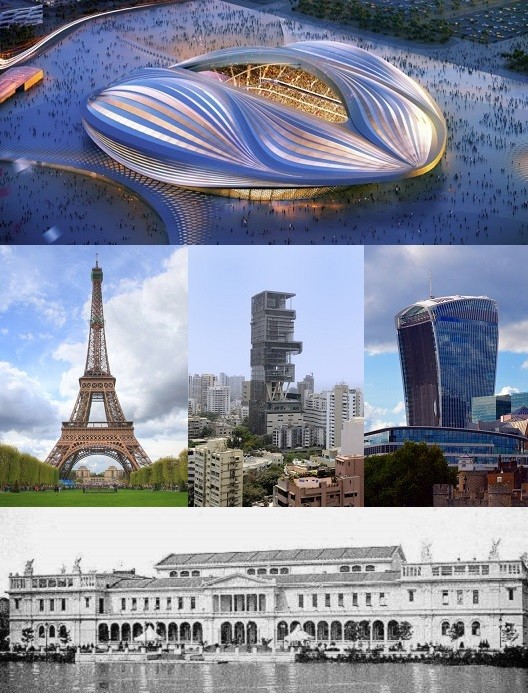