Why do we make models? From sketch maquettes and detail tests to diagrammatic and presentation models, the discipline of physically crafting ideas to scale is fundamental to the architect's design process. For architect and educator Nick Dunn, architectural models ultimately "enable the designer to investigate, revise and further refine ideas in increasing detail until such a point that the project's design is sufficiently consolidated to be constructed." In Dunn's second edition of his practical guide and homage to the architectural model, the significance and versatility of this medium is expertly visualised and analysed in a collection of images, explanations, and case studies. 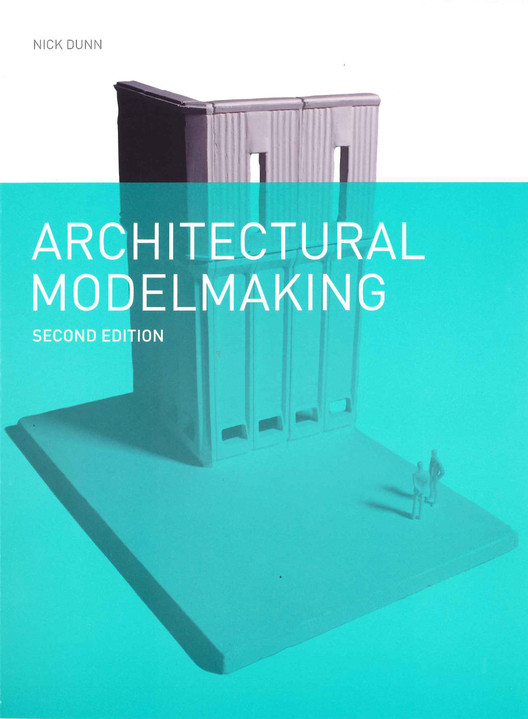 Opening with a brief history of model making - from ornate 18th century presentation models designed to convince skeptical patrons, to models of utopian 20th century urban masterplans - the book also touches upon the future of of the craft. Dunn, who has also penned a book exploring Digital Fabrication in Architecture, has separated the remaining text into three main volumes: physical model making, materials and media; models used during design development; and how models are used by architects and students today. Together, these overarching topics allow for further in-depth investigations into the workshop environment, methods for finishing and communicating models, alongside examples of models pushing the boundaries of the craft itself.

The accessibility of this text spans all abilities. From a section listing the nineteen fundamental tools for the model maker (and why they are important), to photographic studies of the typical machines used during model making, the book also acts as an invaluable reference guide. Getting to grips with scale and materials - such as styrofoam, acrylic, resin, clay, casting materials, steel, and those used in rapid prototyping - is of considerable use to both starting and returning students, as well as those designers (re)acquainting themselves with the most current techniques.

The merit of this book lies not only in its value as a source of information, but also as a source of inspiration. The carefully curated collection of precedents, organised clearly in reference to their type, act as a miniature archive of originality and creative thought. Alongside these, case studies explore representative examples, such as 'spatial models as design generators' (MAD's China Wood Sculpture Museum in Harbin) and 'material exploration through prototypes' (Barkow Leibeinger's Smart Material House, Hamburg). These are also accompanied by research projects which act as case studies, some of which explore predicative modelling and investigations into completely new materials.

A Practical Study in the Discipline of Architectural Modelmaking
Buy from
amazon.com
Share
Or
Copy
About this author