As one architectural scholar described it, Luigi Moretti’s 1950 Casa “Il Girasole” is “a bit of madness on the solidity of Roman walls.” [1] Yet, this clever apartment building in the heart of Rome is far from the work of a madman. Its subtle historical allusions and deliberately ambiguous composition betray the genius of the architect’s creative and analytical mind. Moretti, whose notable commissions include Villa La Saracena (1957), Montreal’s Stock Exchange Tower (1964), and the Watergate Complex (1971), achieves a complexity of form and materiality in “Il Girasole” that distinguishes the project from its mid-century contemporaries and has earned it recognition as one of the earliest forerunners of postmodern design. 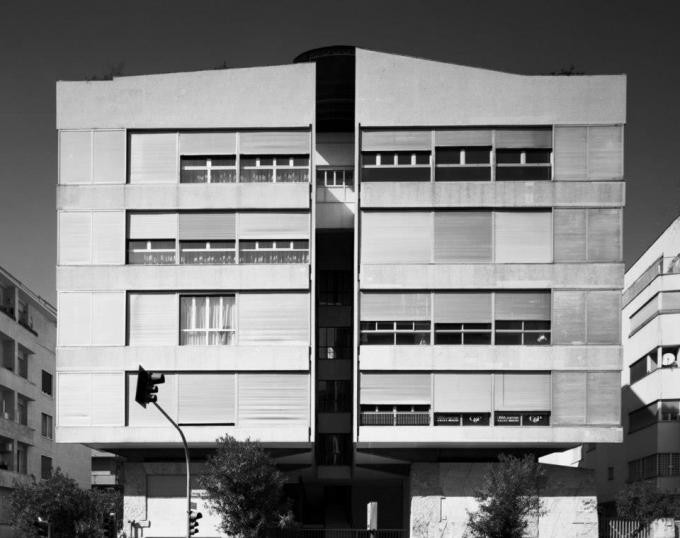 “Il Girasole,” which translates to “the Sunflower,” receives its name from the way the building seems to free itself from contextual constraints to redefine its relationship with the environment. Notably, the side profiles theatrically fan outward to maximize their solar exposure, like a flower rotating to follow the sun. In the front, an incision cut into the façade appears to split the building in two, spilling light into the inside of the building and illuminating the main entry sequence. Adding to the creative manipulations of the profile, Moretti thinly extends the surface of the front and back façades beyond the mass of the building, giving them a light, screen-like appearance.

In plan, the building operates roughly in a U-shape, as the frontal incision extends into a central courtyard that focuses the building’s circulation. The living units are scattered around this hollow core within a torqued grid system that mirrors the geometries of the site. A false but implied symmetry is achieved across the courtyard on all the floors except for the ground floor, where an unexpected set of organic curves dominates the lobby and disrupts the order of the entrance route.

The most defining features of the building are the many slight distortions Moretti makes to the building’s symmetry and balance, such as the broken pediment atop the entrance that doesn’t quite align and the slightly off-axis entrance stair. Deliberately “undecidable” elements like these, as Peter Eisenman calls them, are what make “Il Girasole” impossible to cleanly categorize into historical and doctrinal context. [2] One of the earliest critiques of the project, published in 1953, described the project as an “eclectic” design, but one that could still be understood in modernist terms. [3] However, sixty years of hindsight suggests that the building borrows language from its modernist predecessors, but in breaking free of the modernist “box” and reinventing the roles of formal and structural elements, “Il Girasole” loudly rejects and even satirizes the limits of modernist doctrine.

Allusions to historical precedent in “Il Girasole” have also generated discussion about the role of the building as a pioneer of postmodern design. Moretti, a lifelong student of Renaissance and Baroque architecture, references historical ideas throughout the building’s composition and formal tropes in same way that some postmodern architects later purported to “reanimate history” through their own designs. [4] In 1966, Robert Venturi paid homage to this aspect of “Il Girasole” in his seminal postmodern work Complexity and Contradiction in Architecture, bringing widespread recognition and scrutiny to the project. [5] The building is also thought to have influenced Venturi’s most famous project, the Vanna Venturi House, which incorporates a strikingly similar aedicular split in its front façade. Because of these references, “Il Girasole” is routinely appropriated as one of the major forerunners to postmodern architecture in scholarship and exhibitions. [6]

This amalgam of historical references and ideas is particularly noticeable in Moretti’s material pallete. Odd juxtapositions of marble, rocks, glass, metal, ceramic, and wood occur throughout the building without any apparent ordering system, creating a distinctly chaotic appearance. [7] In the lobby, a mosaic seems to hang suspended from the ceiling, defying conventional material use and structural logic in the same way that heavy rustications on the exterior of the building rest unintuitively atop lighter-looking materials. While there may be a degree of randomness in Moretti’s material choices, they are carefully orchestrated to be both provocative and generally pleasing.

Perhaps the best way to understand “Il Girasole” is to embrace its inability to be characterized by any singularity of meaning or identity. An article published in 2011 in the architectural journal OASE encapsulated this aspect of Moretti’s work poignantly, saying: “Neither one factor nor the other assumes such importance as to translate his legacy into a one-liner.” [8] The complexity inherent to this project is the essence of its intrigue, and it stands as a tribute to the architect’s sublime mastery of nuance and ambiguity. 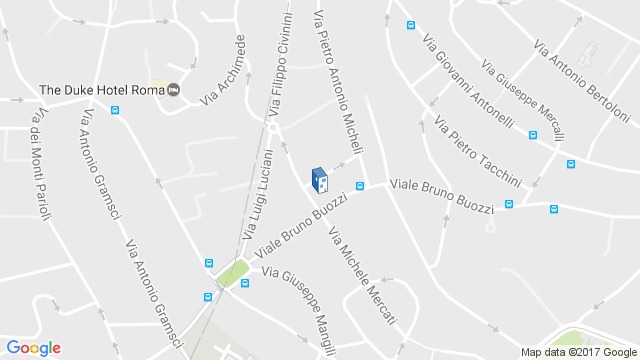 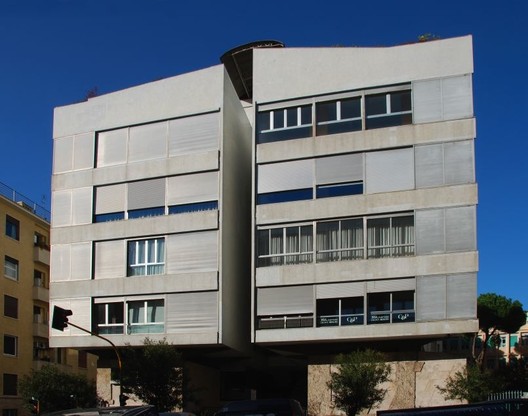