A significant development at Canary Wharf has been approved by planners in London. The scheme, dubbed 'Wood Wharf' and consisting of 30 new buildings, was masterplanned by Allies and Morrison and includes a cylindrical residential tower by Herzog & de Meuron, and will provide 3,100 homes, 240,000 square metres of office space, a primary school, a medical centre, a community centre, a hotel, and around 100 retail outlets. Connecting the space will be a 3.6 hectare network of public spaces.

Read on for more on the development 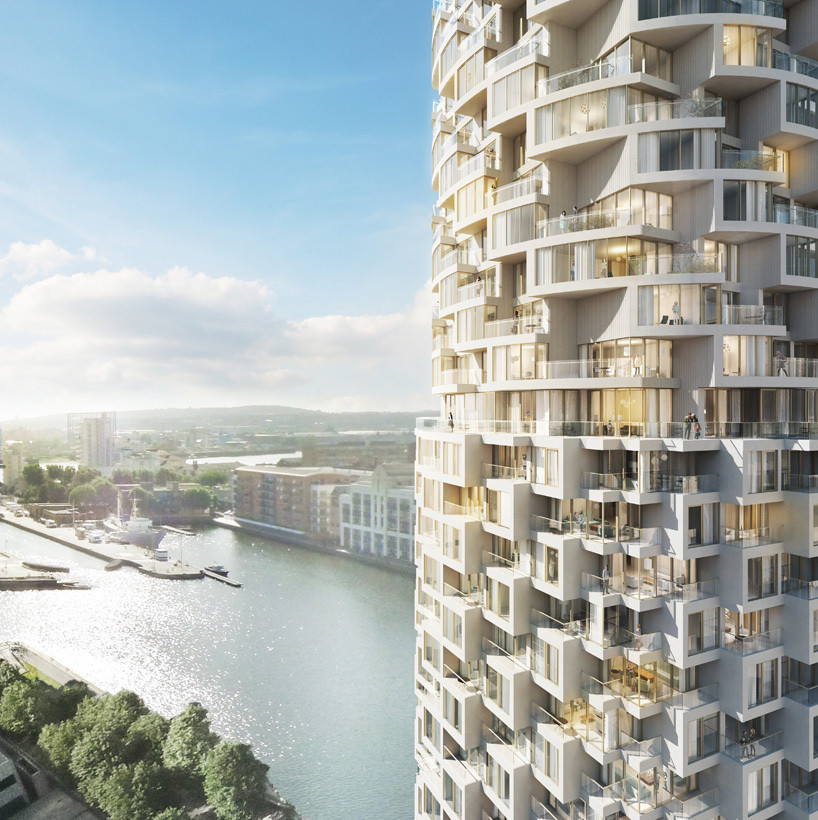 The first phase of the development, which includes the tower by Herzog & de Meuron as well as buildings by Stanton Williams and Allies and Morrison, will provide 884 homes and 20,000 square metres of office space. The developer, Canary Wharf Group, now plans to start on site in late 2014, with the first buildings opening in 2018.

"This major eastern development of Canary Wharf will reinforce the district as one of London’s most vibrant and dynamic mixed-use commercial and residential districts," said George Iacobescu, chairman and CEO of the Canary Wharf Group.

Story via the Architects' Journal