Hollein, who was born in Vienna in 1934, was born into a family of mining engineers. Studying at the Vienna Academy of Fine Arts before heading to the Illinois Institute of Technology in Chicago and the University of California in Berkeley, Hollein dedicated himself to the works of Ludwig Mies van der Rohe, Frank Lloyd Wright, Richard Buckminster Fuller (whom he got to know personally) and became an advocate of Modernism. Throughout the 50s and 60s, he became known for his trailblazing theoretical writings and visionary architectural drawings, models, and collages. Hollein's unbuilt competition entries—such as his designs for the Guggenheim Museum in Salzburg’s Mönchsberg—have particularly garnered interest.

Hollein’s architectural office in Vienna was established in 1964, his first independent commission being the design of the Retti candle shop. In 1972, he represented Austria at the Venice Biennale with his installation Work and Behavior, Life and Death, Everyday Situations. He then continued to be Austria’s commissioner for the Venice Art Biennale from 1978 to 1990 and commissioner of the Biennale for Architecture in 1991, 1996, and 2000, as well as its director in 1996. The Shenzhen.

Hollein sadly passed away in 2014 just after his 80th birthday after a long illness. See more of Hollein's work featured on ArchDaily via the links below:

10 The modern Hass Haus, designed by Hans Hollein, was controversial from its initiation in 1987. The intrusion of a contemporary glass and stone building was met with a resistance, much to do with its location in the shadow of Vienna 's oldest and greatest architectural masterpieces - St. Stephen's Cathedral.

In 2009 Interview, Hans Hollein Reflects on His Career and How the Pritzker Changed His Architecture 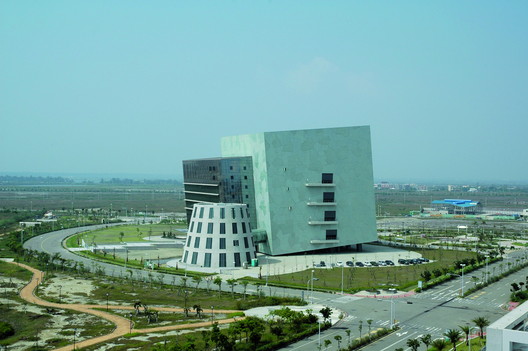