A popular tourist attraction and bizarre architectural experiment, the Kubuswoningen is located in the Oude Haven, the most historic section of Rotterdam’s port. Following the destruction of the Oude Haven during the Second World War, architect Piet Blom was asked to redevelop the area with architecture of character, presenting him the opportunity to apply his earlier cube housing exploration in Helmond to a more urban context. Known for his desire to challenge conventions, Blom did not want the Kubuswoningen to resemble typical housing; he strived to dissolve the attitude that “a building has to be recognizable as a house for it to qualify as housing.” During a time when the rebuilding of Rotterdam was pivotal, the Kubuswoningen served as an influential precedent for progressive and innovative architectural development. 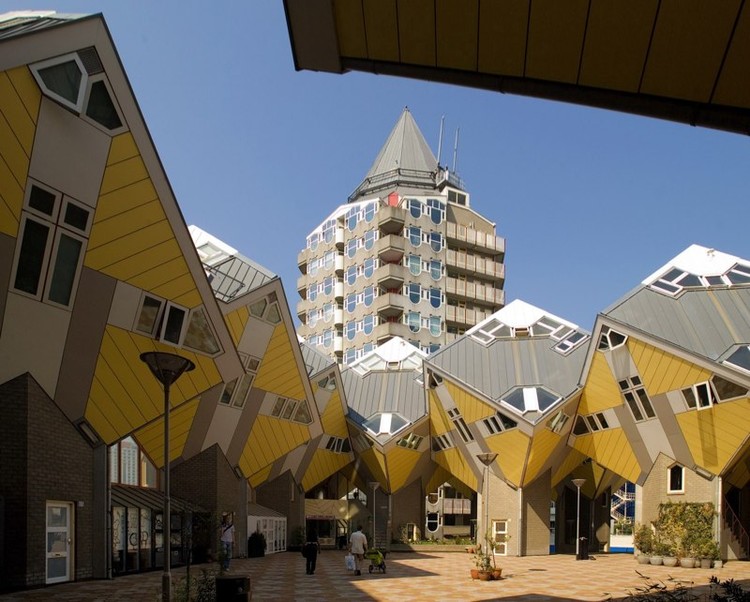 Few buildings survived the 1940 bombing of the Oude Haven. As a result of a change in government in 1974, urban regeneration and housing became top priorities for the municipal council. Hans Mentink, the politician in charge of spatial planning at the time, had grown tired of the utilitarian architecture which was increasingly prevalent and believed that Rotterdam was “in need of architecture with some life in it.”

Impressed by Blom’s cube houses in Helmond, Mentink awarded him the contract to create a development plan for the Oude Haven area. Having not had work since Helmond, Blom was both excited and motivated to do his best work for the city of Rotterdam; however, he was also overwhelmed by the challenges, importance, and scale of the project. Wanting to avoid a dominating intervention, he told his client that he would design it “so that you cannot tell that it has been designed by one architect.” This objective led Blom to divide the housing development into three distinct projects: Blaaktoren, a 13-story hexagonal apartment tower that resembles the shape of a pencil; Spaanse Kade, a complex of terraced buildings that surrounds an inner courtyard; and the Kubuswoningen, a succeeding exploration of cube houses on a larger-scale grid. The municipal council appreciated this, as they believed that Rotterdam needed more than just cubic housing. The entire development contains 270 dwellings, 1000 square meters of catering and shops, and parking for 300 cars.

Fascinated by urban planning, Blom believed that urban communities should feel like villages. By this time in his career he had begun to doubt the practice of stacking residences; regrettably, Blaaktoren and Spaanse Kade needed to utilize this in order to achieve the required housing density of 205 dwellings per hectare. On the other hand, this philosophical compromise allowed him the freedom to not sacrifice his ideals with Kubuswoningen. Metaphorically, he considered the experience of living in trees; each elevated cube represented a tree and therefore they collectively represented a forest. Blom realized that elevating inhabitable masses on narrow trunks would maximize public space below while creating ideal views from above, a concept that was inspired by the work of Le Corbusier.

The cubic housing development endured various challenges and complications during design and construction.  The project spans the seven-lane Blaak, a major traffic artery, serving as a pedestrian bridge that connects the nearby market to the harbour.  The Blaak and an underground metro tunnel posed a significant challenge, requiring absolute precision in the foundation’s construction.  Other complications that could not have been predicted included the discovery of historic remains that could not be removed, the withdrawal of a contractor, a problem with the district heating system which reduced the buildable area of the development, and an economic recession that stunted rebuilding efforts.

The Kubuswoningen’s pedestrian bridge features a promenade of retail space, which was inspired by the Ponte Vecchio in Florence.  In addition to residential cubes, there are also two larger “supercubes”.  The southernmost supercube was developed as a school of architecture while the nothernmost supercube was intended for commercial functions, but was never entirely finished.  The cube houses above are each supported by a hexagonal pylon that was constructed by joining three concrete pillars with six cellular brick walls.  These pylons enclose the promenade level storage space for residents.  Each cube has a total floor space of 106 square meters, divided into three levels.  The lowest floor serves as a living space, with a kitchen in one corner and a toilet and study space in another.  The intermediate floor above contains two bedrooms and a bathroom. The uppermost floor is a small space in the form of a triangular pyramid, often used as a child's bedroom or sun lounge.

Each cube is constructed as a timber-frame skeleton, insulated with rock wool, and sheathed with cement and wood-fiber board.  Due to the complexity of construction, the contractor built a complete mock-up of one unit.  The 70dB noise level of the Blaak meant that the few windows facing it could not be operable.  Fortunately, the geometry and orientation of the dwellings provided many opportunities for operable windows and ventilation.

Since the Kubuswoningen’s completion in 1984, several changes have occured. A 1998 renovation included the addition of new zinc roofs, which were mounted over the original shingles to increase the insulation value.  The original retail spaces proved impractical due to low pedestrian traffic and have since been repurposed as studio spaces for small offices, effectively creating a live-work community.  One residential cube has been opened to the public as a response to curious tourists, so that visitors can experience the unique spatial volume.  Recently the two supercubes have been converted: the school of architecture into a youth hostel, and the unresolved commercial space into transitional social housing.

Following the subsequent construction of restaurants and bars, the Oude Haven became one of the most vibrant nightlife areas in the city. This evolution is not a surprise considering that Blom's architecture, especially the Kubuswoningen, was meant to capture the fashionable and metropolitan essence of Rotterdam. Best known for his cube houses, Piet Blom did not have a prolific career as an architect as he was rarely willing to compromise his unconventional ideals. As an important pioneer of the Structuralist movement, his attention to form, aesthetics, and spatial experience as opposed to functionality, paved the way for future Dutch designers to collectively build an international reputation for innovative and experimental projects. 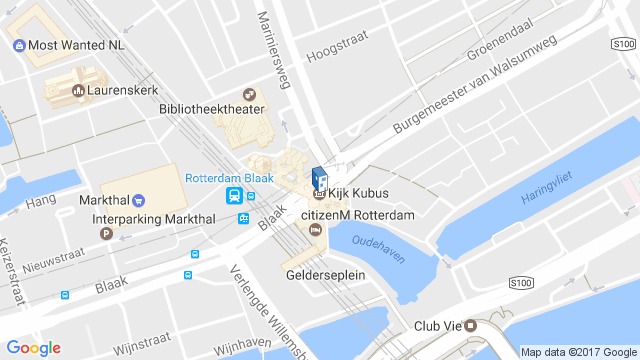 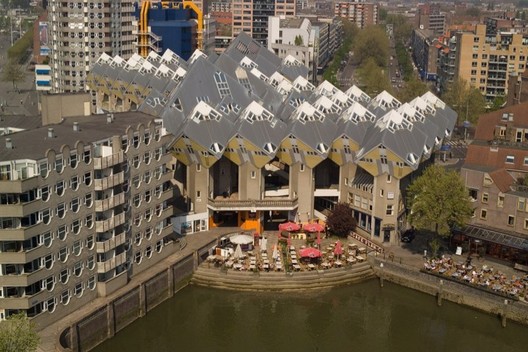