In contrast with its traditional Milanese surroundings, the Pirelli Tower is one of the earliest examples of Modern skyscrapers in Italy. Affectionately called "Il Pirellone” (The Big Pirelli), the 127 meter tower stood as Italy’s tallest building from 1958 to 1995. The design of the structure, led by architect/designer Gio Ponti and engineer Pier Luigi Nervi, featured a tapered plan—as opposed to the conventional rectilinear volume which was prevalent in America—encouraging greater creative freedom during a time when skyscrapers typically lacked experimentation. 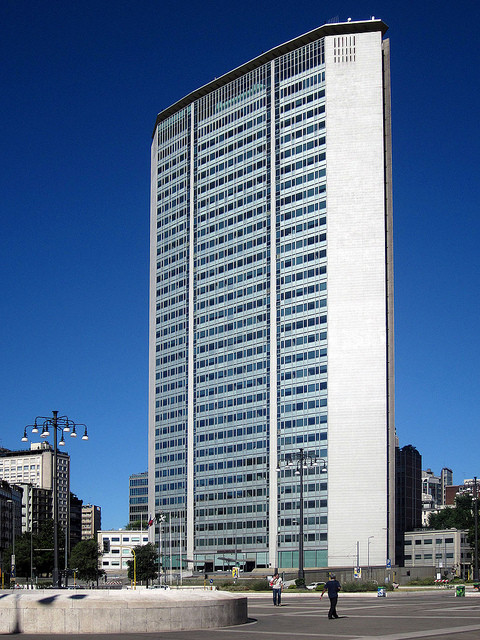 Despite the fact that Italy’s economy was in turmoil following the Second World War, Pirelli, now one of the world’s largest tire manufacturers, thrived during the Fascist era.  With this in mind, Alberto Pirelli hired Gio Ponti to design an American-Style skyscraper as a symbol of corporate success and an optimistic catalyst for economic prosperity. [1]  The new skyscraper would sit at the location of a former Pirelli factory that was bombed in 1943.  Ponti assembled a team that included influential engineers Pier Luigi Nervi and Arturo Danusso, whose expertise contributed to the many architectural and engineering innovations of the project.

Ponti’s slim, 33-story structure appears to shoot up from the ground like a missile, towering over its low-rise context.  Centrally located on the project site, the tower is pushed away from the streets.  He considered this to be advantageous from an urban planning perspective: a high density building with a small footprint provided additional space for traffic and parking while bringing more ventilation, daylight, and space to the surrounding streets. [2]  The tower included two levels below grade containing parking for 800 cars, a 600-seat auditorium, a staff cafeteria, and conference spaces.  The floors above hosted open office space with movable partitions for maximum adaptability; an innovative application for the office building typology at the time.  With centrally located circulation and services, the plan and main corridor subtly taper towards the extreme ends of the tower; an efficient response to the diminishing flow of users which also gives the building a slender profile.  The narrow edges of the structure are glazed between floor slabs, while the triangular spaces on each side of the corridor accommodate mechanical ducts and emergency circulation.

Fortunately for Ponti, Nervi was an expert in reinforced concrete and possessed the technical knowledge to design a structure with such a narrow base. The tower, which was the first in the world to use a 25 meter long span frame, featured concrete piers that become gradually thinner as they approach the top (from 80 inches to 20 inches). This economical and efficient response to the structural load helped to maximize usable space. Also noteworthy is the tower’s thermopane glass façade. Anodized aluminum mullions located outside of the slabs hold the panes together to create a seamless curtain wall. A thin roof, supported by a secondary structure, appears to hover over the building.

On the day that the Pirelli Tower was complete, Ponti, who always spoke of his work in the feminine, was so enamoured by his work that he told his daughters that “she is so beautiful that I’d love to marry her.” [3] Consistent with his own opinion, the reception of the project was positive. While Ponti and his team managed to bring the American skyscraper to Italy, the elegance of form suggested an Italian interpretation of the typology. Ponti had long admired the skyscrapers of Manhattan, though it was a conversation in Brazil with Oscar Niemeyer, whom he considered to have “extraordinary formal imagination,” that provided him with the inspiration necessary to envision such an unique volume. [4] For the public, the optimistic project, founded on ideals from the US, served as a sign of better days to come.

The tower was sold to the Lombardy Regional Administration in 1978.  It again made headlines in April 2002 when a small, out of control airplane crashed into its 24th and 25th floors, killing the pilot and two occupants.  This accident, coupled with the building’s degraded condition, prompted a 2005 renovation and complete façade replacement.

The Pirelli Tower is widely considered to be Ponti’s most significant project; it’s completion marked the pinnacle of his career. His projects, like those of Philip Johnson, vary greatly in style as he evolved. Between being influenced by the Novecento movement in the 1920s and 1930s, and his later Postmodern work such as the Denver Art Museum in 1971, the Pirelli Tower represents his temporary infatuation with the Modern movement. [5] Its unconventional outcome was the result of his endeavour to create beauty through pragmatic considerations such as spatial and structural efficiency.

The innovative Pirellone was influential at local, national, and international scales. Conveniently located adjacent to Milan Central Station (Italy’s busiest train station), the tower was the first of many modern and corporate buildings to follow in the vicinity, which evolved into Milan’s main business district. The design provided strong influence and inspiration for several skyscrapers in following years, most notably the similarly-tapered Pan Am Building (known as the MetLife Building since 1981) in New York City. While the Pirelli Tower served as a progressive and elegant architectural and engineering marvel, perhaps, more importantly, it also symbolized a nation’s hope, successfully preceding decades of positive economic growth in Italy.

[5] Novecento Italiano was an artistic movement that was born in Milan in 1922. Neoclassicist in principle, it rejected contemporary styles such as Avant-Garde and Futurism, and instead sought for a revival of the values of Latin antiquity, such as harmony and purity of form. 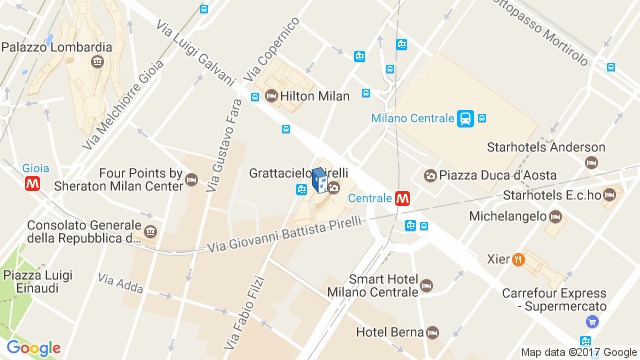 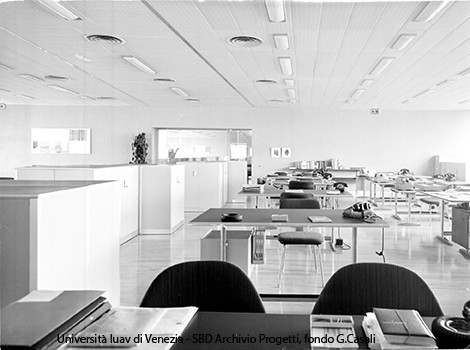 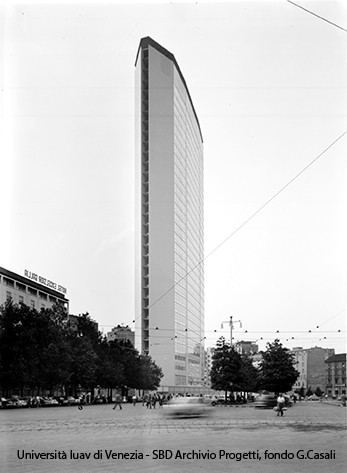