As part of their annual survey of the world's largest architecture practices, this year BD has also included a survey to help them quantify which countries are best suited for women with careers in architecture - particularly those who wish to work for large companies. In order to create these rankings, they found the ratio of male to female architects in various countries, and also sought out publicly available data on maternity and paternity leave requirements, and the average cost of childcare as a percentage of average wage. You can read more about their sometimes surprising results after the break.

Perhaps the most unexpected result from the survey are the top countries when it comes to the ratio of male to female architects (these results were taken purely from the WA100 practices in the survey):

While the ratios listed here are commendable - particularly Vietnam, Turkey, Sweden and Norway - they are admittedly based on a small sample size, and it is also impossible to simplify the realities of a working life down to a single number. That's why BD has also created lists of the top 5 and bottom 3 countries to be a female architect based on these ratios, maternity and paternity leave entitlements and childcare costs:

Sweden is the runaway winner when taking all factors into account. Not only does it have an equal ratio between men and women, it has the longest maternity leave around at 60 weeks full pay (paternity leave is 8.5 weeks full pay). Another big factor is that childcare costs as a percentage of average wage are just 7.1%.

Norway is another country with an equal male/female ratio and extensive fully paid parental leave - 34 weeks for mothers, 12 for fathers. Its childcare costs are a little higher though, at 16.8% of the average wage.

In Germany, the close balance between the sexes is not found only in their male/female ratio of 1.3. It extends to parental leave, where both sexes are entitled to 12 months leave at 65% pay (with single parents offered 14 months). Mothers, however, also get 14 weeks at full pay. Childcare costs are 14.1% of the average income.

Though the male/female ratio is fractionally lower at 1.5, Denmark gets higher up this list for a relatively progressive system of parental leave: mothers and fathers get 52 weeks of fully paid leave between them, and can choose how to divide it (there is however a stipulation that mothers must take at least 18 weeks of this leave and fathers must take 2 - so it's not perfectly equal). Childcare costs are also low at 11.2%.

Spain has a near-equal distribution of male and female architects with a ratio of 1.4. Its parental leave entitlement is a little less impressive at 16 weeks maternity leave and 15 days paternity leave on full pay, but childcare costs are very low at just 8.2% of the average wage.

Just 5 of the USA's 50 states have any parental leave entitlement at all (and even in these states it is only 6 weeks), and this added to the fact that childcare is 38.1% of the average wage make the US a top contender for the worst place to be an architect and raise a family. 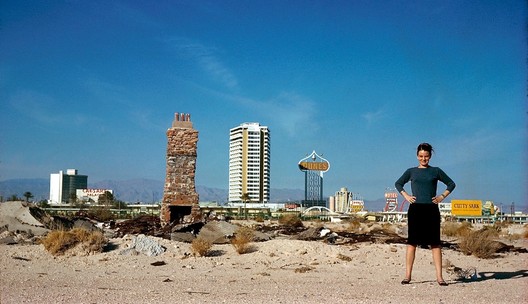