The 2013 RIBA Manser Medal has been awarded to Carl Turner Architects for Slip House in Brixton, London. The Manser Medal is awarded for the best newly designed private house, and this year was announced in a ceremony at Central Saint Martins in London, along with the winners of the 2013 RIBA Stirling Prize. The jury's citation for Slip House noted that "inside and out this house is immaculate in its detail, coordination and execution." 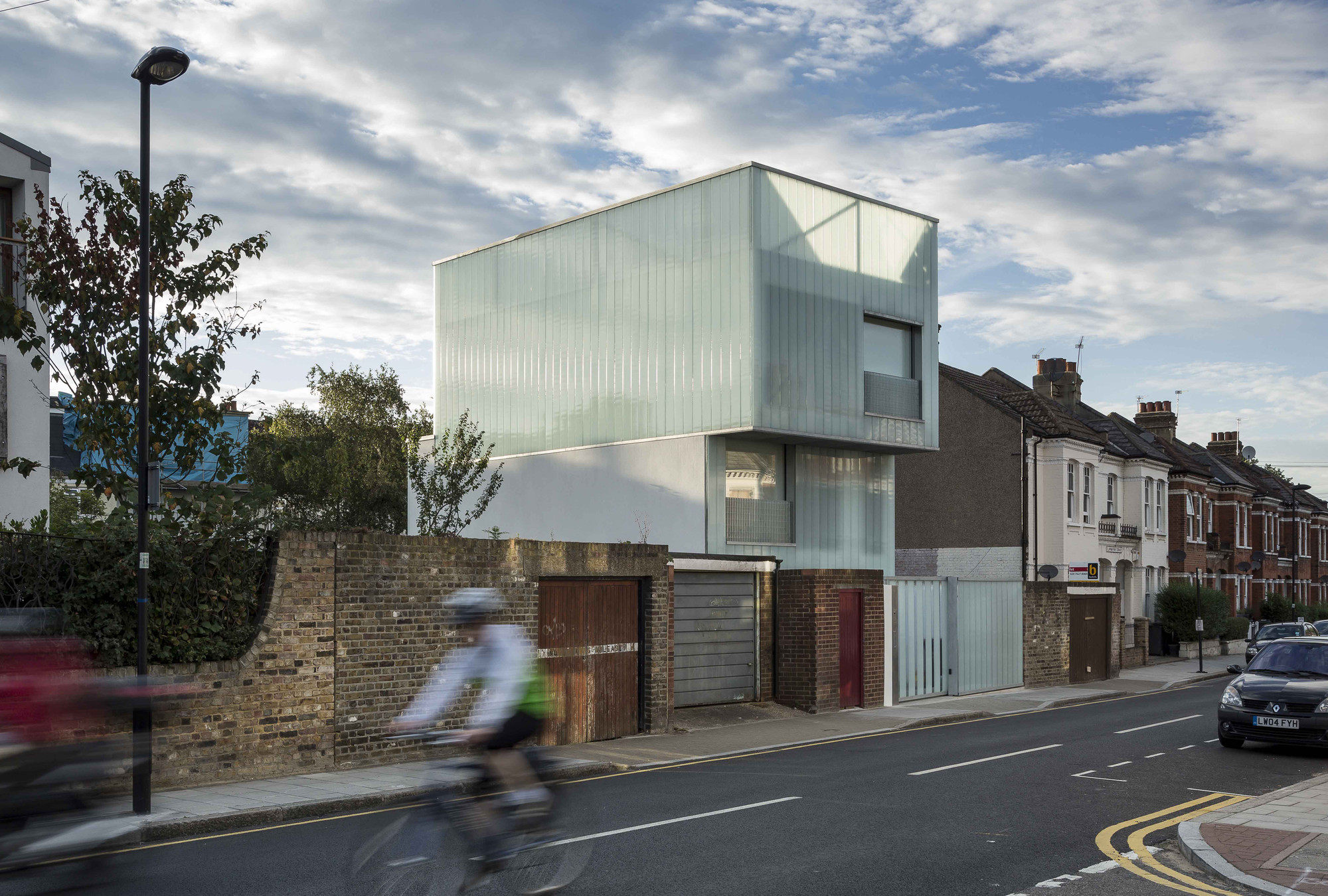 Slip House was selected for the Manser Medal above four other shortlisted designs, including Astley Castle - which won the Stirling Prize for the “building that has made the greatest contribution to the evolution of architecture in the past year”.

The design for Slip House was commended for its energy efficiency, conforming to Code for Sustainable Homes Level 5 and Passiv Haus standards, but it was also complimented by the jury for the fact that "at no point do the sustainable ambitions of the project crowd out or dominate the refined quality of the spaces that are created."

Carl Turner Architects are already expanding on the success of Slip House, constructing a "very unidentical twin" which still conforms to the ideas used in the original on the plot next door, and they are in discussions with house-builders over plans to build a terrace of houses based on the Slip House as a prototype.

The Jury for the 2013 Manser Medal consisted of Michael Manser CBE (Founder of The Manser Practice and for whom the medal is named), Hugh Broughton (Hugh Broughton Architects), Joe Morris (Duggan Morris Architects), Caroline Cole (Colander) and Tony Chapman, RIBA Head of Awards.

Previous winners of the RIBA Manser Medal include architecturepossibles for Maison L, France (2012); Duggan Morris Architects for a modern conversion of a brutalist house in Hampstead (2011), Acme for Hunsett Mill (2010), Pitman Tozer Architects for The Gap House (2009), Rogers Stirk Harbour + Partners for Oxley Woods (2008) and Alison Brooks Architects for the Salt House (2007).