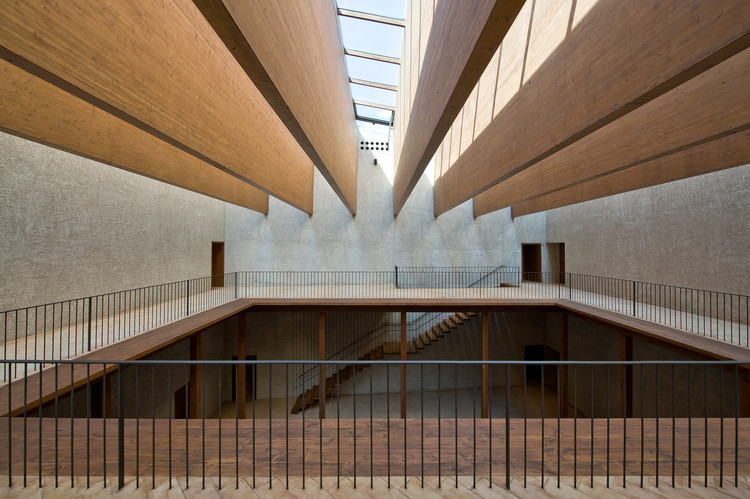 Text description provided by the architects. This was a project to restore an old sixteenth-century palatial mansion, which was in ruins and had undergone major renovations and alterations over time, particularly during the nineteenth and twentieth centuries.

Through an extensive cleaning and restoration process, the building´s original appearance and size resurfaced, exposing the old wood-paneled ceilings that were hidden behind false ones throughout all of the rooms.

This architectural intervention was mostly focused on the central core consisting of the main courtyard (whose original stone columns were conserved) and a small backyard.

Without yielding to a contemporary aesthetic, the intervention sustains the natural continuity between the old and the new, which is established through the materials that have been used: wood, terracotta and lime mortars and plaster.

It currently houses a cultural centre in Pamplona´s old quarter, including exhibition halls for events, meetings, workshops or other activities, as well as a computer lab and library and administrative municipal offices. 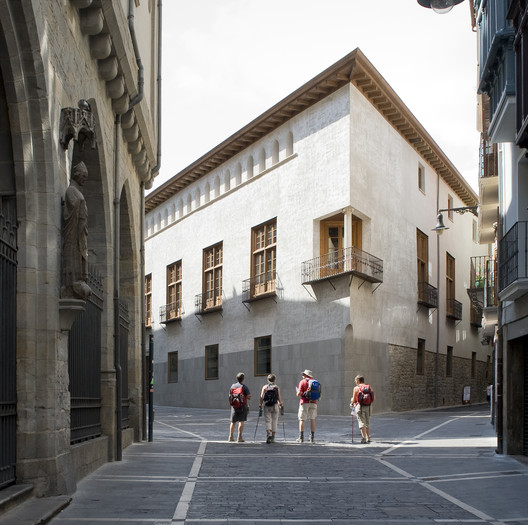 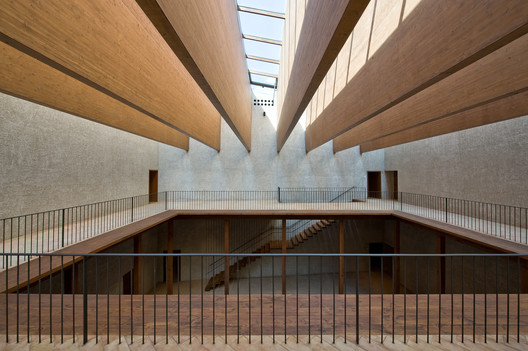