The Chicago Federal Center, designed by Ludwig Mies van der Rohe and completed in 1974, actually consists of three buildings which are arranged around and define the Chicago Federal Plaza. On the eastern side of South Dearborn Street sits the 30-story Everett M. Dirksen U.S. Courthouse. On the western side, the 42-story John C. Kluczynski Federal Building and the single story Post Office define the plaza. 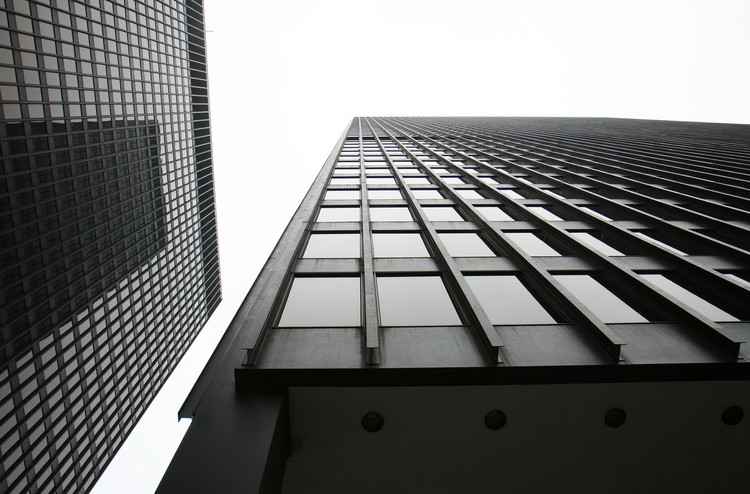 The complex as a whole was completed in 1974, five years after Mies's death. It unifies two themes that he repeated throughout his career: the two high-rise blocks, which flesh out ideas suggested in his Seagram Building in New York; and the large, open space of the Post Office building, which is similar to other low-rise projects such as the nearby S.R. Crown Hall.

The project has its roots in a 1950s plan by the U.S. Government to update federal services nationwide. Mies received the commission itself in 1959. One condition of the design was that the old Chicago Federal Building - which occupied the block on which the Kluczynski Federal Building and Post Office now stand – had to remain operational until the courthouse could be relocated to the new building across the street.

The area available for the new courthouse, combined with its space requirements, effectively fixed the Dirksen Courthouse at 30 stories, and also heavily influenced the 28-foot structural bays which Mies used throughout all three buildings. For the remainder of the complex though, Mies developed a number of potential designs - including one where the Federal Building and the Post office were combined into one building, and another where a 30-story Federal Building mirrored the courthouse, with the Post office in between - before finally settling on the current scheme.

In 'Chicago: In and Around the Loop, Walking Tours of Architecture and History', Gerard Wolfe calls the Federal Center “the ultimate expression of the second Chicago school of architecture”. This style was one that Mies attempted to canonize during his twenty years as head of the IIT school of architecture, which made use of rigid rectilinear geometry, minimalistic detailing and double height ground floors which try to reduce the barriers between in- and outdoors. The vertical I-beam mullions, a technique Mies famously employed on the Seagram Building, combine with black paint and bronze curtain glass as the key expressive elements.

In the 'AIA Guide to Chicago', Franz Schulze notes that the Chicago Federal Center has been criticized for the way it reads as “abstract and nonallusive, rather than as representational, architecture” and indeed it does not display the grandeur that is common in civic buildings, including the beaux-arts style building it replaced. However, Schulze comes to its defense, writing “Mies's uncompromising devotion to principle, together with his vaunted sensitivity to proportion and detail, and, in this case, the organizational scale, combine to give the complex a monumental urban presence.” Clearly these stylistic criticisms do not hold firm when faced with a Mies masterwork; in this tour de force of Modernist construction, the pomp and symbolism of other civic buildings seems superfluous, replaced with simple yet exemplary design.

The complex gained its finishing flourish after completion in 1974, with Alexander Calder's 'Flamingo' sculpture being unveiled in the Federal Plaza. This 53-foot, sinuous, scarlet red sculpture provides a beautiful counterpoint to Mies's muted, linear buildings. Now, the Chicago Federal Center provides a crucial civic space to the city - just one example of the extraordinary architectural legacy that Mies van der Rohe left to the city of Chicago. 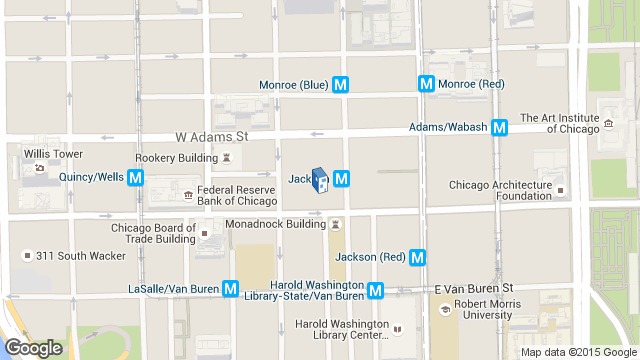